'Anything can happen,' says a young Congress leader.

Aditi Phadnis reports on the possibility of realignment between former allies. 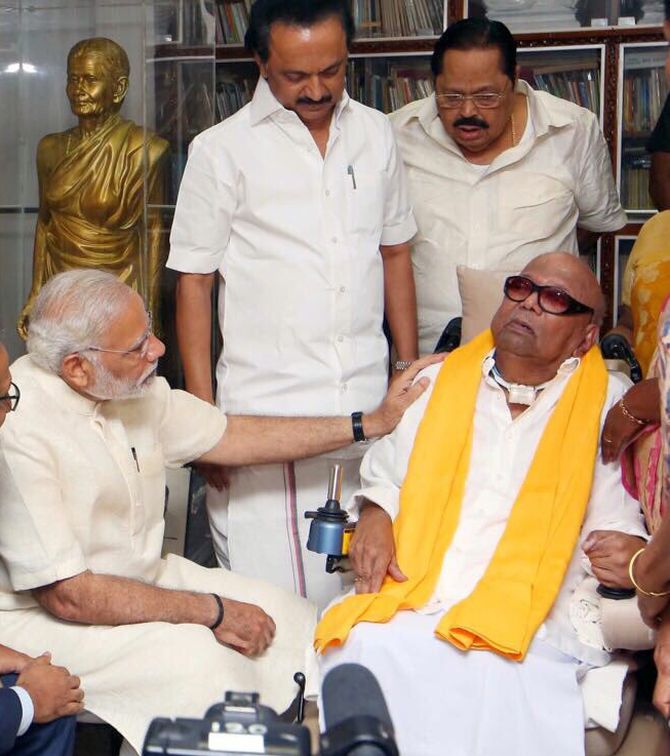 The subtext of the 2G spectrum order, acquitting leaders of the Dravida Munnetra Kazhagam, has set off frenzied speculation about whether the party will now join the Bharatiya Janata Party-led National Democratic Alliance, especially after Prime Minister Narendra Modi called on patriarch M Karunanidhi recently.

Although the DMK is part of the Congress-led United Progressive Alliance, relations between the two were strained after the Manmohan Singh government asked the then telecom minister A Raja to step down following the 2G spectrum controversy.

Despite the coolness -- and a belief among a large section of the Congress that it was the DMK that cost it the 2014 election -- the two parties came together in 2016 to fight the assembly election as allies.

After M K Stalin took over as party chief, the DMK bitterly criticised the Centre’s policies.

The prevailing belief is that the DMK would prefer to stay with a weak Congress as its partner in the state (and at the Centre) rather than offer a toe-hold to the BJP to grow piggybacking on the DMK in Tamil Nadu, a state where the BJP has only a fledgling organisational structure.

“Impossible,” said a former Union minister from the Congress when asked if the DMK would jump ship now. “They hate the BJP and can never forget all the things that Narendra Modi said about DMK leaders in the run-up to the 2014 elections.”

The DMK and the BJP have had a history -- way back in the hoary past.

During the Emergency, when most non-Congress governments were dismissed by Indira Gandhi, Tamil Nadu was the refuge of many opposition leaders.

Although neither could speak the other’s language, Atal Bihari Vajpayee had a deep fondness for Karunanidhi.

During a debate in the Lok Sabha in the 1970s when a cyclone had hit Tamil Nadu and the DMK was pleading for central assistance, Vajpayee got up to intervene.

Karunanidhi reciprocated the respect and was to reminisce in 2016 at a party forum that “when I was CM (1996-2001) I sent a proposal to construct a memorial for (late Congress leader) K Kamaraj in Kanyakumari. Officials in the Vajpayee ministry refused to accord permission as it went against the law governing coastal areas. But Vajpayee accorded permission and also sent a message on the opening of the memorial.” But he also lamented that the BJP of that era was not the BJP of 2016.

In the circumstances, most senior DMK leaders see only a remote possibility of the BJP and the DMK joining hands.

But as a young Congress leader said tersely: “Anything can happen.” 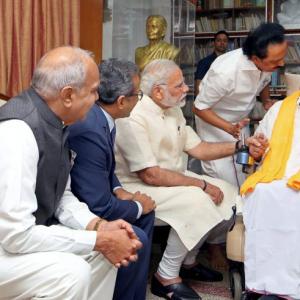 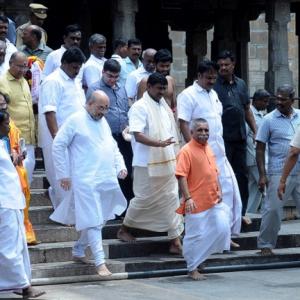