Former finance minister P Chidambaram on Tuesday took a dig at the National Democratic Alliance government over the slump in GDP, which has dropped to over six-year low of 5 per cent in the April-June quarter and showed five fingers to the media. 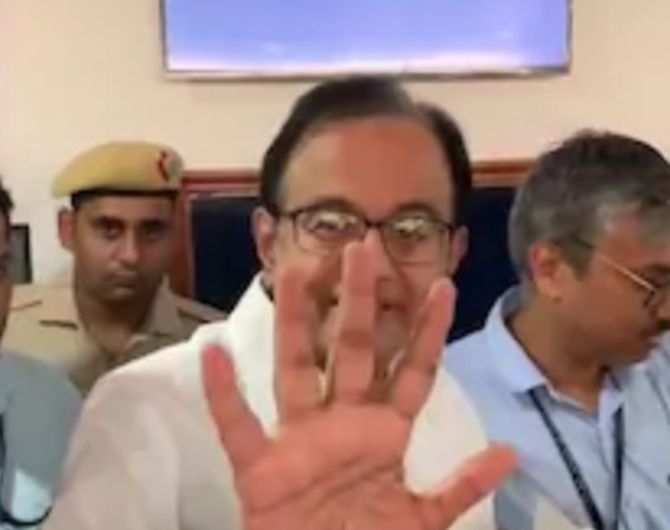 Minutes after Chidambaram stepped out of the courtroom, when journalists asked what he had to say about his Central Bureau of Investigation custody, Chidambaram quipped, "Five per cent. Do you know what is five per cent."

He also raised his hand to show five fingers as the CBI took him away in custody.

The Congress also tweeted the video of Chidambaram, where he is heard talking about the 5 per cent GDP growth in the country.

"A quick reminder by P Chidambaram on why he's feared by the BJP government," the Congress said on its Twitter handle, while tagging a video of Chidambaram speaking to the media about 5 per cent GDP growth, outside the CBI court.

Chidambaram was remanded to two more days of CBI custody in the INX Media corruption case.

India's economic growth has slumped for the fifth straight quarter to an over six-year low of 5 per cent in the three months ended June as consumer demand and private investment slowed amid deteriorating global environment.

Having lost the tag of the world's fastest-growing economy earlier this year, India's GDP growth was behind China's 6.2 per cent in April-June, its weakest pace in at least 27 years. 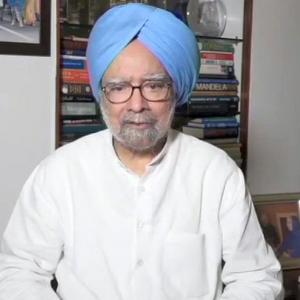