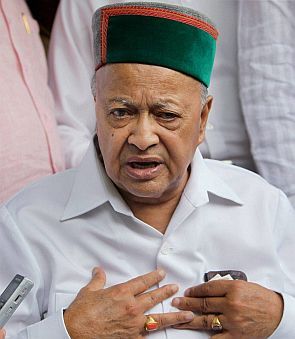 The Enforcement Directorate on Friday attached assets worth Rs 5.6 crore in connection with its money laundering probe against Himachal Pradesh Chief Minister Virbhadra Singh and his family, a day after the Election Commission announced dates for the forthcoming assembly polls in his state.

The central probe agency said the assets, both movable and immovable, are in the name of the chief minister's son Vikramaditya Singh, daughter Aprajita Singh and wife Pratibha Singh.

The Enforcement Directorate said it has issued a provisional order of attachment under the provisions of the Prevention of Money Laundering Act.

"This order attaches Rs 4.2 crore from a portion of farmhouse at Dera Mandi in Delhi in the name of Ms Tarini International and fixed assets of Ms Tarini Infra Damanganga project at Vapi in Gujarat.

"Also, shares worth Rs 64 lakh in the name of Vikramaditya Singh and Aprajita Singh and fixed deposits to the tune of Rs 20 lakh in bank account of Aprajita Singh (have been attached)," the agency said in a statement.

It added that since the shares of Ms Tarini Infra were transferred by Pratibha Singh to daughter of Vakamulla Chandrashekar for a consideration of Rs 60 lakh, the same "also stands attached" from the FD of Pratibha Singh with various bank accounts at Delhi and Shimla.

The agency had earlier said that Chandrashekar is the promoter/director of Tarini Group of Companies, which is engaged in hydro power projects in Himachal Pradesh, thereby alleging a quid pro quo between the two parties.

It said during investigations into the "trail of funds passing through Chandershekhar, it was revealed that an amount of Rs 5.9 crore was given by him to Virbhadra Singh and his family members through his three personal bank accounts".

"When the source of funds was enquired into, it came to light that the said amount was received through web of firms indulging in accommodation entry operation," the ED alleged.

It said the probe found these alleged shell firms were "opened in the name of employees with meagre salary primarily for providing accommodation entries and the addresses of the firms were fake."

Assembly elections in Himachal Pradesh will be held on November 9.

Virbhadra Singh on Thursday had indicated that he may contest the upcoming state polls from the Theog constituency of the state.

With the latest order, the ED said, a total of Rs 40 crore (market value) assets have been attached by it in this case till now.

The ED had filed the criminal case under the PMLA against the 82-year-old Congress leader and others in 2015, based on a CBI FIR.

The CBI has also filed a charge sheet against Singh, a six-time chief minister, his wife and others for allegedly amassing assets worth around Rs 10 crore disproportionate to their known sources of income.

An attachment order issued by the ED under the PMLA is aimed to deprive the accused from taking benefits of his or her ill-gotten wealth and it can be challenged before the Adjudicating Authority of the said Act within 180 days. ED issues fresh summons to Virbhadra after he fails to appear 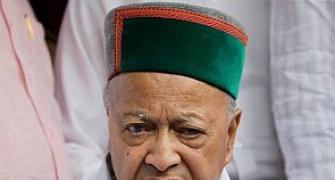 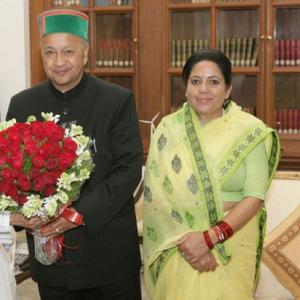 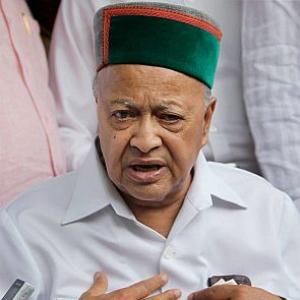