The family of Dr Mohammad Haneef, who was declared innocent after being wrongfully confined on terror charges in Australia, is elated.

When contacted, His family members in Bengaluru said that they were elated with the decision of the Australian government. They expressed hope that Dr Haneef would now start leading a normal life.

The doctor, who hails from Bengaluru, was wrongfully accused of being involved in the Glasgow terror plot. After being detained by the Australian police for nearly 25 days, he was released as charges could not be proven against him.

On Tuesday, the Australian government declared that he was innocent and also paid him a substantial amount as compensation.

Dr Haneef's sister-in-law Asma, who lives in Bengaluru, said that the entire family welcomes the decision of the Australian government and they are extremely happy for him. Asma, the younger sister of Haneef's wife Firdose Arshia, said that Haneef can now resume work.

Asma said that she was thankful to the Australian government for finally clearing up the matter. Pointing out that the incident was traumatic for the entire family, she said, "Had the Australian police treaded more cautiously, all this confusion would not have taken place. This entire trauma for my brother-in-law could have been avoided. Today, he is free to resume his life and we wish him well".

Earlier, Dr Haneef had said that the settlement was a chance to end all this trauma and move ahead. He added that Australia was a safe place to work in and he was considering moving back to this country from the United Arab Emirates, where he is currently working. 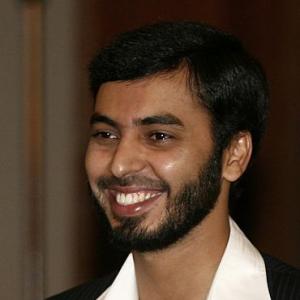 I was adviced to cancel Haneef's visa: Oz minister