Taking suo motu cognisance of reports that night shelters have been razed in the city in the midst of winter, the Supreme Court on Wednesday restrained the Delhi government from demolishing any such shelter, temporary or permanent, in the capital.

A bench of justices Dalveer Bhandari and Deepak Verma while asking the government to refrain from demolishing such shelters, listed for urgent hearing on Wednesday the issue.

"Do not take any steps to demolish otherwise we will pass orders," the bench observed. The apex court's direction comes in the wake of media reports about demolition of night shelters by the Delhi Developement Authority and other authorities in utter disregard of the lives of thousands of homeless destitutes who have been spending the night in such facilities.

The apex court said it was taking up the matter on a priority basis on Wednesday, "in view of the biting cold, as no purpose could be served if the matter was taken after February as originally scheduled."

When one of the counsel for Delhi government said that 64 permanent and 43 temporary night shelters have been set up, the bench said it was more concerned about the reports of demolition by the authorities as reported in the newspapers. "We hope the reports are not true," the bench remarked.

Source: PTI© Copyright 2021 PTI. All rights reserved. Republication or redistribution of PTI content, including by framing or similar means, is expressly prohibited without the prior written consent.
Related News: Delhi Developement Authority, Dalveer Bhandari, Deepak Verma, Supreme Court
SHARE THIS STORY
Print this article
No retrieval of leaked tapes possible: Govt in SC
We know who is honest, who is corrupt: SC
CVC offers to not head probe into 2G spectrum case 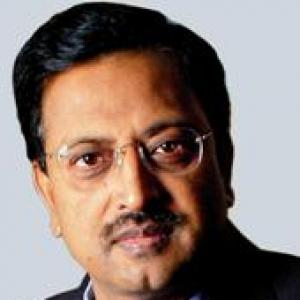