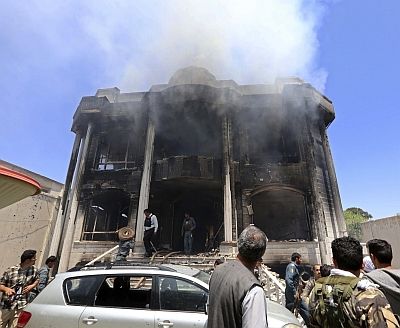 Rogue elements in Pakistan’s Inter-Services Intelligence worry about India’s interference in Afghanistan after the West pullout. The Herat attack was an attempt to send a strong message to New Delhi to keep away, sources in the Intelligence Bureau point out.

Terror group Lashkar-e-Tayiba was behind the attack on the Indian consulate in Herat, Afghanistan's President Hamid Karzai said on Monday. He also emphasised that the attack was directly aimed at disrupting relations between India and Afghanistan.

The Laskhar, say terror experts, is not permitted by Pakistan’s Inter Services Intelligence to operate in Afghanistan. Why then would it carry out the attack?

During the 26/11 attack on Mumbai, the Pakistan establishment faced a similar situation. The Lashkar forces were disgruntled, as they wanted to fight alongside the Taliban against the West. However, the ISI did not approve.

Slain Pakistani journalist Saleem Shehzad had told rediff.com that the 26/11 attack was planned by Al Qaeda operative Ilyas Kashmiri. As the ISI was unable to control some elements within the Lashkar, who were threatening to fight in Afghanistan, the plan had to be hijacked and handed over to LeT operatives,

An Intelligence Bureau officer said, “The Taliban is re-grouping in Afghanistan. There is a lot of activity going on, especially with the West readying itself to pull out of the country. The Lashkar has around 40 of its members in Afghanistan who are helping the Taliban get back on its feet.”

“What the Lashkar and some rogue elements within the ISI fear is that once the West pulls out, India would try and gain more control over Afghanistan. They are well aware that Afghan citizens would prefer an Indian presence than that of Pakistan. Karzai, too, has been making the right noises where India is concerned and this has not gone down too well with Pakistan,” he added.

According to sources in the IB, the Lashkar could have carried out the Herat attack to send a strong message to India not to interfere in Afghanistan. The ISI in Afghanistan is largely under the influence of its former members who hold regular meetings with the Taliban there.

Experts inferred that the Lashkar would not have acted on its own; it’s the most trusted force of the ISI. Hence, the Herat attack could have got a nod of the Pakistani agency.

Pakistan Prime Minister Nawaz Sharif may have all the right intentions of improving ties with India. However, a section of the ISI disagrees with him. To keep control of terror groups in Pakistan they feel the need to keep staging attacks, said intelligence sources.

According to the Research and Analysis Wing, the Herat attack was carried out in a hurry and was not planned to perfection, which officials said, is very unlike the Lashkar. “Through the strike, they intended to warn the Indian government against interference in Afghanistan. The Pakistan establishment possibly was involved. Sharif faces a tough battle at home over the Afghan issue and even though he would like to cooperate with India, he faces opposition from majority of the establishment,” an official said.

The ISI will ensure that the Lashkar is under its control, sources in the IB tell rediff.com.

The spy agency in Pakistan needs the Lashkar -- its most organised, trained and loyal force. The terror outfit has been told to focus only on India and not t get involved with maters of the West.

“The Herat attack was directed against India and hence Karzai may be right when he blames the Lashkar. The ISI will ensure that the Lashkar never diverts from its India agenda,” an IB officer said.

Image: Afghan security officers surround a residential building, where insurgents were holed up in, after an attack on the Indian consulate in Herat province. Photograph: Mohammad Shoib/Reuters 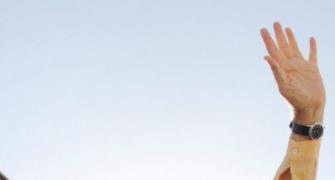 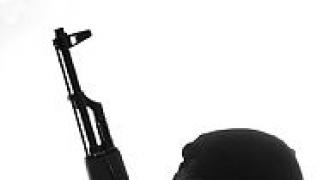 Why ISI has been recruiting youngsters in South India 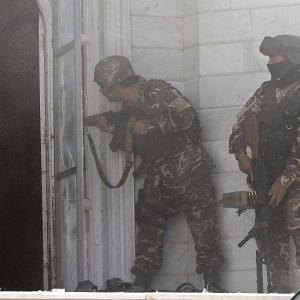 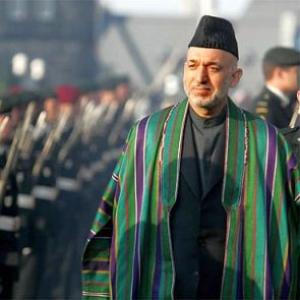 LeT behind attack on Indian consulate in Herat: Karzai