Day after attack, Kejriwal says there's a conspiracy to kill him

Delhi Chief Minister Arvind Kejriwal alleged on Wednesday his political rivals were conspiring to get him eliminated, a day after a man flung chilli powder at the Aam Aadmi Party chief outside his office in the Delhi Secretariat. 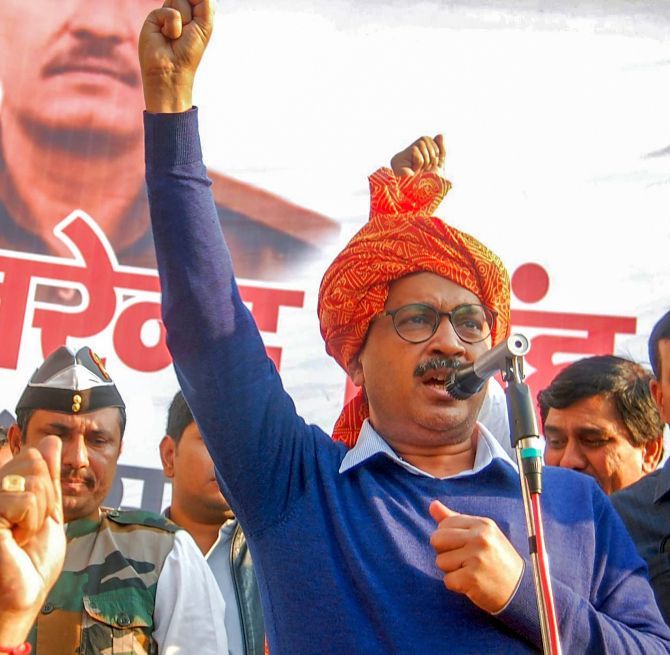 IMAGE: Delhi Chief Minister Arvind Kejriwal addresses a gathering, in Sonipat. He said it was clear that his political rivals were trying to get rid of him. Photograph: PTI Photo

The chief minister’s spectacles broke but he was not injured in Tuesday’s attack.

Kejriwal claimed he was attacked four times in the past two years.

He said this during his visit to Sonipat in Haryana where he handed over an ex-gratia cheque of Rs 1 crore to the family of martyred Border Security Force jawan Narender Singh.

“During the past two years, there have been four attacks on me. This is not a minor issue. I think in India’s history, there must not be a single example when a chief minister faced attacks on four occasions in two years. So, it is clear that such attacks are not taking place, but they are being carried out,” Kejriwal told reporters.

He was asked who he would blame for Tuesday’s attack.

The chief minister claimed that the AAP government in Delhi has carried out lot of development in a short span of three years, including in schools and hospitals in the capital, which governments of other parties “failed” to do in the last 70 years.

He said the AAP and development works done by the party has become an eyesore to the rivals, who were conspiring to get him “eliminated”.

“We have become an eyesore for them and they are conspiring to get me killed. They are repeatedly carrying out such attacks on us. Because the way development works are being carried out in Delhi, be it bringing improvements in its schools and hospitals in a span of three years we have done so much work, these parties have not been able to do so in 70 years,” he said.

“Now, everywhere they (these parties) are being asked (by public) why they are not able to do this. People are asking if Kejriwal can give Rs 1 crore (to families of the martyrs), why they cannot give the same amount. They (these parties) feel that if this (AAP) party exists for some more time, then people will raise questions and people will make their life miserable,” Kejriwal said. 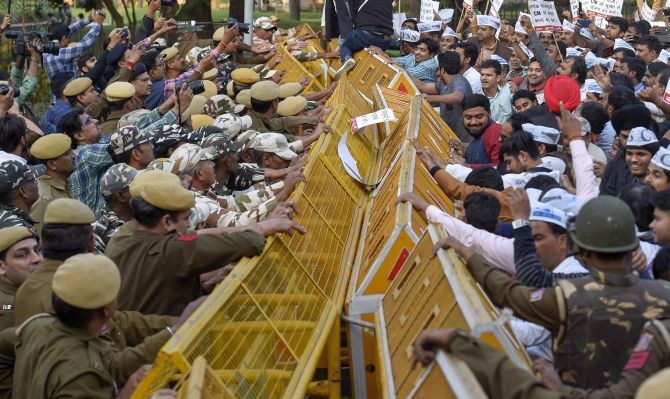 IMAGE: Police stop AAP workers who were staging a protest against BJP over the chilli powder attack on their party chief, outside the BJP headquarters in New Delhi. Photograph: Atul Yadav/PTI Photo

The chief minister said people in Haryana have already started raising “such questions” and elsewhere too, the parties are being asked “if AAP can bring improvement in schools, hospitals ... good compensation to farmers, why cannot they?”

They are conspiring to get me killed, Kejriwal alleged.

Earlier in the day, Delhi Deputy Chief Minister Manish Sisodia alleged that the Bharatiya Janata Party leadership had knowledge of the attack on Chief Minister Arvind Kejriwal and the opposition party wants the latter eliminated to stop him from working for the people.

On its part, the BJP termed the incident as “drama” by Kejriwal, with its Delhi chief Manoj Tiwari demanding a high-level probe into it.

In Sonipat, Kejriwal handed over the ex-gratia cheque to the family of BSF jawan Narender Singh, who was brutally killed by Pakistani troops along the international border near Jammu on September 18.

Kejriwal had also visited the village on September 21.

The Aam Aadmi Party government had earlier approved a proposal to amend a rule on awarding ex-gratia of Rs 1 crore to the kin of slain security personnel to include those who have settled in the national capital after joining service.

Addressing a gathering in the village, Kejriwal said, “We are all proud of his sacrifice.”

The chief minister sought to know “why successive governments do not give befitting reply to Pakistan”.

“For how long valiant soldiers such as Narender Singh ji will keep giving sacrifices, for how long will families will lose their near and dear ones. When the country needs such sacrifices, definitely these will be given, but our country is not so weak that we cannot give a befitting reply to Pakistan.

“People of our country and the army can give befitting reply and as was said here today that there should be no politics on this issue,” Kejriwal said.

The chief minister said though no amount of money can compensate the loss, but families of martyrs need to know “that we stand behind them.”

He said the AAP government in Delhi took the decision to give the ex-gratia or “Samman Rashi”, which he felt the previous governments at the Centre should have done 70 years ago. 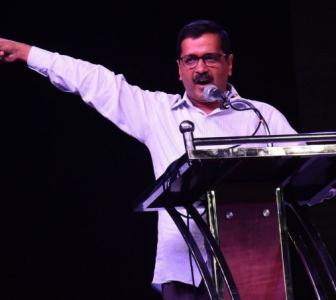 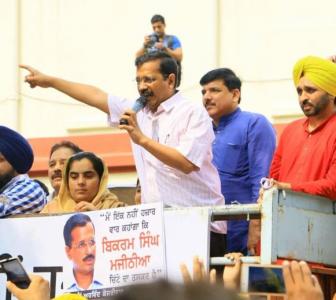 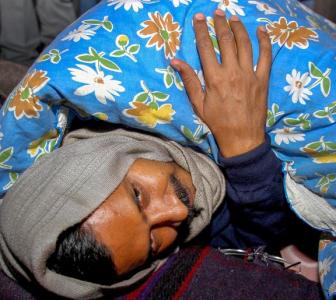 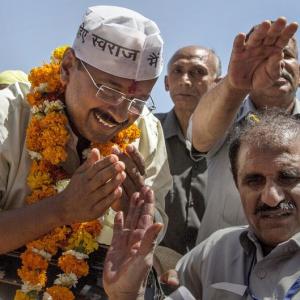