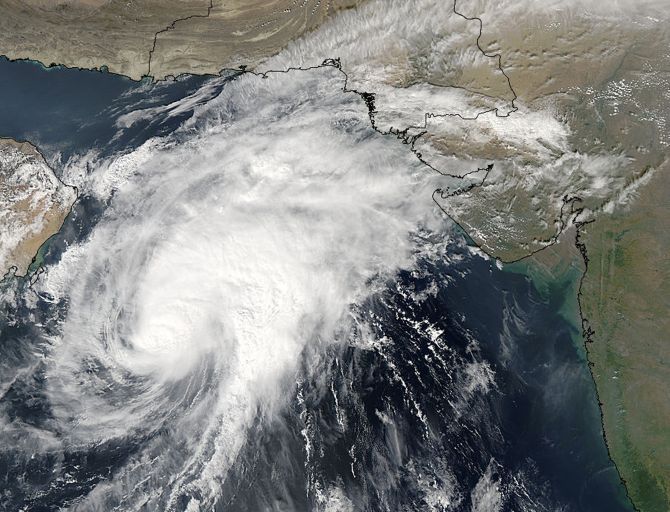 Cyclone Nilofar, currently centred about 730 kilometres southwest of Naliya in Gujarat, is expected to bring moderate rainfall at most places with heavy to very heavy rainfalls at isolated places.

C P Patel, the district magistrate (Collector) of Gir Somnath District requested tourists to return home on Wednesday and also confirmed that fishermen have been called back from sea.

Official leaves have been cancelled to handle the situation and plans have been made to evacuate people to safer areas.

Teams of National Disaster Response Force have also been deployed in some places as authorities intensified relief and rescue arrangements as precautionary measures to handle the cyclonic storm.

Pakistani authorities have also advised fishermen in Sindh and Balochistan to not venture out to sea from Wednesday to Friday, while those who were already there, have been advised to return to land.

Image: Tropical Cyclone Nilofar moves through the Arabian Sea toward a landfall in northwestern India in this NASA Aqua satellite image Photograph: Reuters 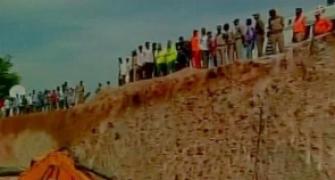 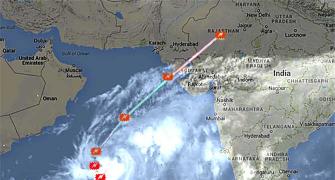 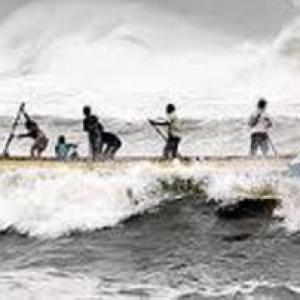 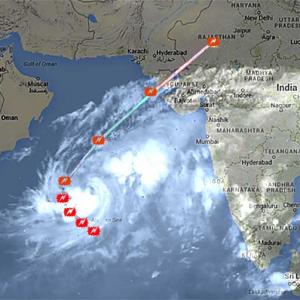 Cyclone Nilofar: About 30,000 to be evacuated on Wednesday