Yechury has dropped enough hints that a fight is in the offing at the Hyderabad conclave in April, where any member may move an amendment to the draft on the party’s electoral line. Archis Mohan reports. The Communist Party of India-Marxist is headed for a showdown between party chief Sitaram Yechury and predecessor Prakash Karat, and their respective factions, when its party conclave, the highest decision making body, meets in Hyderabad this April.

On Sunday, the three-day Central Committee meeting of the CPI-M ended in Kolkata with the Karat faction winning the current round of jousting over the party’s electoral line.

Yechury's draft on the 'political tactical line' for the next three years was defeated by 55 to 31 votes; again underlining the divide between the party’s Kerala and West Bengal units.

Now, the draft proposed by Karat and another senior member Ramachandran Pillai will be forwarded to the party conclave, which takes place once every three years.

With his draft headed for defeat, Yechury had offered on Saturday to quit as party chief.

He later said the politburo and central committee had asked him to continue.

According to the party constitution, the draft will now be circulated among party units to study.

Yechury dropped enough hints that a fight is in the offing at the Hyderabad conclave, where any member may move an amendment to the draft.

Yechury’s three-year term as chief also comes up for re-election at the conclave.

It is possible that Pillai, who by then will be 80, and is backed by the Karat group, could contest against 65-year-old Yechury.

However, the difference in the two drafts is of nuance, with personal rivalry between Yechury and Karat shaping the contours of their battle in large measure.

Both factions are opposed to the CPI-M striking any direct electoral alliance with the Congress party. And, that the priority should be to defeat the Bharatiya Janata Party and oust it from power at the Centre.

Yechury’s draft did not name the Congress and refrained from using the word ‘understanding’. Karat’s draft is more specific on this.

It states the CPI-M should defeat the BJP ‘without entering into any understanding or alliance with the Congress’.

Yechury said the party would aim at ‘maximum pooling of anti-BJP votes’.

Yechury added that neither draft mentioned any specific state; each unit there would concretise their tactics at the time of the respective elections.

According to the draft accepted by the central committee, any alliance or electoral understanding with the Congress is ruled out but Yechury stressed the final decision will be taken at the conclave.

Speaking more as the party chief, Yechury said it was the ‘consistent’ position of his party since its 17th conclave in 2002 that ‘no electoral front possible with the Congress because it represented the interests of the Indian ruling classes’.

However, this position doesn’t explain the situation in Tamil Nadu, where the CPI-M is an ally of the Dravida Munnetra Kazhagam, which in turn is in electoral alliance with the Congress.

If the CPI-M continues with the DMK, it will also need to ally with the Congress.

Moreover, the CPI-M not only had an electoral understanding with the Congress in several states for the 2004 Lok Sabha poll but also supported the Congres-led government from outside between 2004 and 2008.

It also had an electoral understanding with the Congress in the 2016 West Bengal assembly poll.

Yechury said the BJP would meet its Waterloo in Tripura, where assembly elections are due on February 18.

He said the BJP and its policies have meant a four-pronged assault on India and Indians -- its aggressive pursuit of economic reforms that have worsened living conditions, communal polarisation and Hindutva nationalism, systematic undermining of parliamentary democracy and its institutions, and a complete surrender to America, particularly on the economic front by opening nearly all sectors for foreign investment. 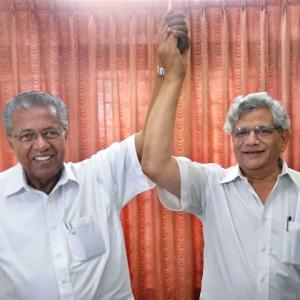 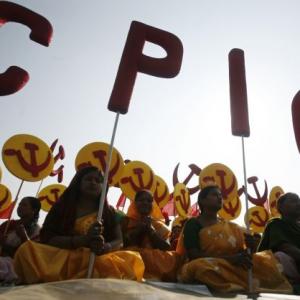