Uttar Pradesh police have suspended three more of their men, suspecting that they tipped off Vikas Dubey whose gang members killed eight policemen in an ambush at a village near Kanpur last week. 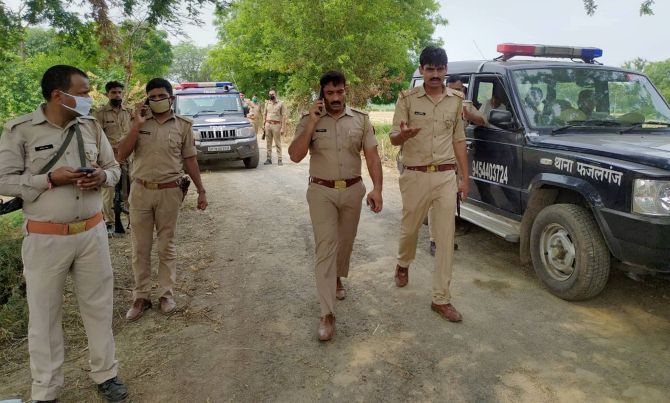 IMAGE: Police personnel investigate the site after an encounter between the policemen and criminals in Kanpur. Photograph: PTI Photo

They are also probing into the allegations against Chaubeypur station officer Vinay Tiwari in a purported letter written by deputy superintendent of police Devendra Mishra weeks before he was killed in the same ambush.

The letter, whose authenticity is yet to be confirmed, indicated that there were 'links' between Tiwari and Dubey.

Police had earlier suspended Tiwari and were already examining the possibility that he informed the gangster about the police team heading to Bikru village to arrest him.

The gangster, who has faced about 60 criminal cases over the years, then allegedly laid a trap for the policemen, his henchmen spraying them with bullets from a rooftop.

Police on Monday also increased the reward for Dubey's arrest to Rs 2.5 lakh, up from Rs 1 lakh offered earlier.

25 teams drawn from 40 police stations are conducting raids to track down the gangster, an official said.

Posters carrying his picture have been put up at road toll plazas across Uttar Pradesh.

Police said apart from Vinay Tiwari, three other policemen from the same station are under the scanner.

"Three police personnel have been suspended for their suspected role in leakage of information," Kanpur's Senior Superintendent of Police Dinesh Kumar P said.

They are sub-inspectors Kunwarpal and Krishna Kumar Sharma and constable Rajiv.

"A preliminary enquiry has been initiated against the three suspended policemen," he said.

Superintendent of Police (Rural Area) has been asked to probe into the matter.

He said a first information report would be lodged against the suspended policemen if the inquiry showed their involvement in the attack in Bikru village.

A police officer said all three policemen had accompanied the then Chaubeypur station officer Vinay Tiwari in the raid, meant to arrest Vikas Dubey following a complaint by local businessman Rahul Tiwari that he was thrashed by the alleged gangster.

Police on Monday did not categorically confirm the authenticity of a letter purportedly written weeks before his death, alleging that Tiwari had diluted the charges against the gangster in one case registered in March.

But police said they are investigating the allegations.

The letter, as it appears on social media, does not carry a serial number or a date.

"We came to know about the seriousness of the allegations through the media. We will verify these and appropriate action will be taken.

"Let us understand the entire incident and then we will brief you about the action," IG Mohit Agarwal told reporters.

On Sunday, police arrested Vikas Dubey's alleged accomplice Dayashankar Agnihotri, who said that the gangster had summoned his men after learning from someone at the station that policemen were on their way to arrest him.

Hours after the failed raid on Thursday-Friday night, police had killed two alleged accomplices of the gangster in an encounter.

In 2001, the gangster was accused of murdering a senior BJP leader inside a police station. He was, however, acquitted in that case. 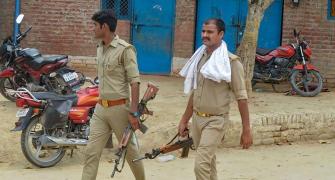 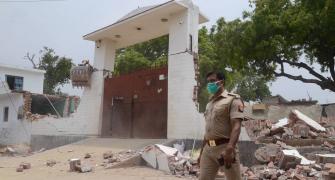 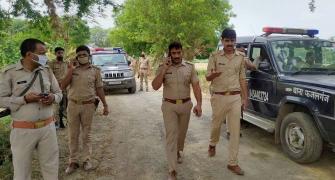 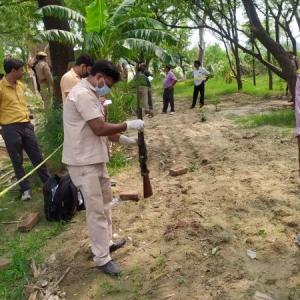 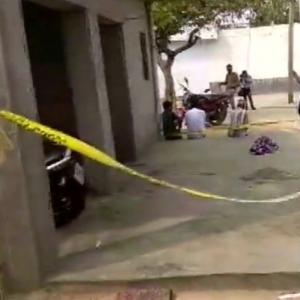