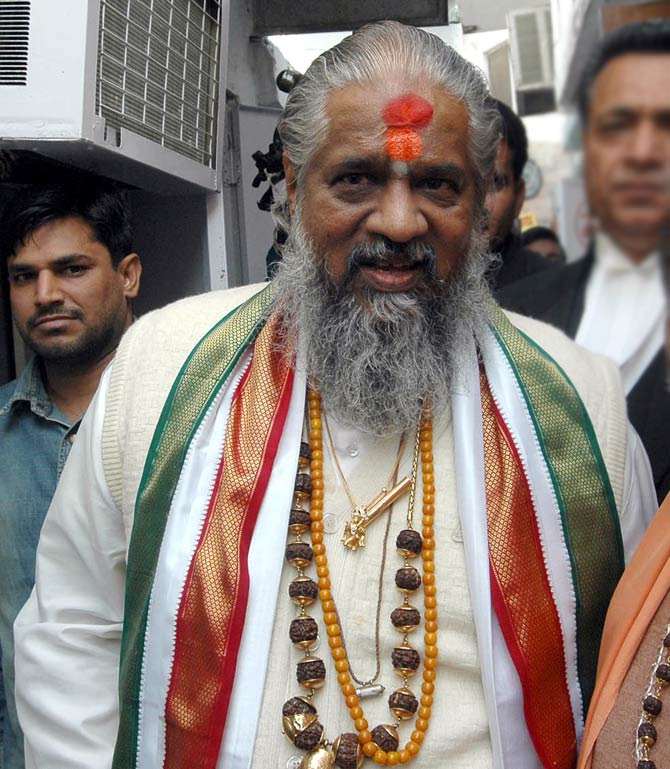 Controversial godman Chandraswami -- close friend of one Indian prime minister and allegedly involved in the assassination of another -- died in New Delhi on Tuesday.

Chandraswami, who had suffered a stroke and had been admitted to Apollo Hospital on April 3, was 66.

'He had been ailing for some time. He suffered a stroke and later developed multi-organ failure...He succumbed... at 2.56 pm,' a hospital statement said.

The police said the cremation would be held on Wednesday at 9 am at the Nigambodh Ghat in New Delhi.

Close to former PM P V Narasimha Rao, Chandraswami was probed for an alleged role in the assassination of Rajiv Gandhi by the Milap Chand Jain commission, set up to probe the conspiracy behind the killing.

The panel devoted an entire volume to the self-styled godman.

Named Nemi Chand by his parents, Chandraswami was a Jain who worshipped the Hindu goddess Kali.

His money lender father, originally from Behror in Rajasthan, moved to Hyderabad when Chandraswami was a child.

Chandraswami, who started dabbling in astrology as a young man, became close to Rao when the former PM was the home minister in Andhra Pradesh.

The godman, who wielded enormous power when Rao led a coalition government at the Centre, was seen as one of his trusted aides and advisers. Soon after Rao was made the prime minister in 1991 following Gandhi's assassination in Tamil Nadu, Chandraswami is said to have built an ashram known as 'Vishwa Dharmayatan Sanathan' in Delhi's Qutub Institutional Area.

The land for the ashram was said to have been allotted to the organisation by Indira Gandhi.

Often mired in controversy, his name cropped up in the investigation into Rajiv Gandhi's death in a bomb blast executed by the Liberation Tigers of Tamil Eelam.

According to reports, the Jain Commission was told that Chandraswami, through his wide international links and involvement in major arms and financial deals, arranged the funds for the LTTE.

The commission was also told he had every reason to play a crucial role in the conspiracy as he was arrested during Rajiv Gandhi's regime and was not allowed to go abroad, reports said.

In 1996, he was arrested on charges of defrauding a London-based businessman. He had also faced charges for repeatedly violating the Foreign Exchange Regulation Act.

An income-tax raid on his ashram is reported to have uncovered original drafts of payments of millions of dollars to Khashoggi, who was allegedly implicated in the "Iran–Contra affair" as a key middleman in the arms-for-hostages exchange along with Iranian arms dealer Manucher Ghorbanifar.

According to reports, Thatcher, who was known for her no-nonsense approach, conversed with Chandraswami in 1975 in her Commons office.

Thatcher, who later became the prime minister of Britain, was apparently so impressed with his 'powers' that she agreed to his request to wear a special red dress and a battered talisman around her wrist to a second meeting.

It is claimed the bearded guru correctly predicted that she would come to power within four years and remain there for more than a decade.

In May 2009, the Supreme Court of India granted Chandraswami permission to travel abroad, lifting a ban on overseas travel imposed as a result of his alleged involvement in the Gandhi assassination case.

In June 2011, Chandraswami was fined Rs 9 crore by the apex court for FERA violations.

The Jain panel had recommended further investigation into several areas, including Chandraswami's role in the Gandhi assassination, which could not be investigated fully as the panel had to wrap up its probe in 1998.

Earlier this month, the Supreme Court asked the Central Bureau of Investigation to give a time-frame for completing a detailed probe, saying the larger conspiracy behind the assassination had to be investigated.

The court was hearing a plea on the matter by A G Perarivalan, one of the convicts whose death sentence was commuted to a life term in the case. 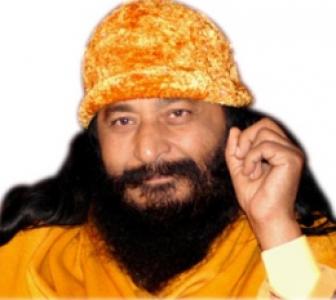 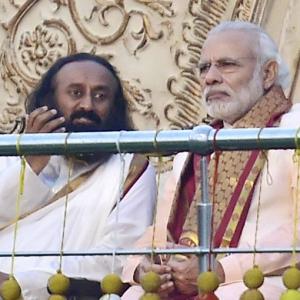 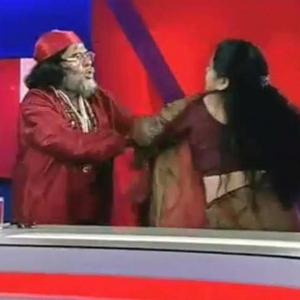