The Congress on Wednesday demanded answers from Prime Minister Narendra Modi on Goa Chief Minister Manohar Parrikar’s purported claim that he had a file on Rafale “lying in his bedroom” and asked if this was the reason why a joint parliamentary committee probe was not being ordered. 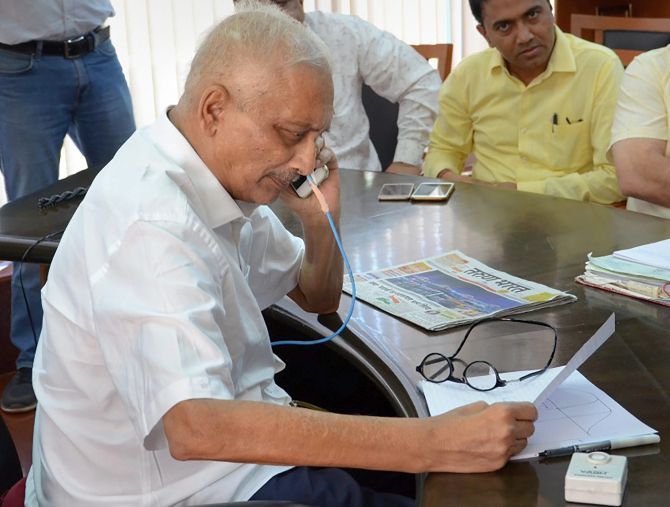 Congress chief spokesperson Randeep Surjewala came out with a conversation purportedly between Goa minister Vishwajit Rane and another person.

Rane purportedly can be heard saying that during a Goa cabinet meeting last week Parrikar stated he had an entire file and all documents relating to the Rafale deal lying in his bedroom, Surjewala claimed, playing the conversation for the media outside Parliament.

He quoted Rane as saying, “The chief minister made a very interesting statement, that I have all the information of Rafale in my bedroom....that’s means he is holding them to ransom. He said it is in my bedroom here only in my flat, each and every document on Rafale.”

However, there was no confirmation on whether it was the voice of Rane in the audio. The identity of the other person was also not ascertained.

The Bharatiya Janata Party has alleged that the Congress is only “peddling lies” on the Rafale issue.

“Now it is clear that the ‘chowkidaar is chor’ (the watchman is a thief),” Surjewala told reporters in an apparent reference to Modi.

“Now the prime minister should answer. The country is demanding answers as to what secrets in the Rafale ‘scam’ are lying inside Manohar Parrikar’s flat and bedroom,” he claimed, asking why is the ‘chowkidaar’ fearing Parrikar.

“Now the prime minister has to answer. He only does captive interviews and is not used to answering questions from the media. What is the hitch in making public all the documents,” he asked.

Surjewala claimed the skeletons were tumbling out of the Rafale scam cupboard.

“New evidence busts ‘chowkidar’s’ worst kept secrets. What is Modi government hiding... Is this the reason why a JPC probe is not being ordered,” he asked.

Training his guns on Modi, Surjewala said, “This is a personal charge against you”.

“There was corruption and wrongdoing in the Rafale scam and it is all recorded in the files. Those files are with Mr Parrikar. Why are they being hidden? If Mr Modi has nothing to hide, then why is Mr Parrikar keeping those files in his bedroom and threatening everybody that nobody can do anything against him, for he has the Rafale files,” he alleged.

“Because, secrets are all recorded in the files and the day those files are out, as stated by and threatened by Parrikar himself, then what we have always said will be proved. That Rafale is the biggest scam of India and the person accountable for it is the prime minister himself,” he told reporters

He said it has now become necessary that the files of Rafale with Parrikar need to come out in public domain.

Goa minister Vishwajit Rane has termed an audio clip, cited by the Congress to attack the Centre on the Rafale issue, as “doctored” and told Bharatiya Janata Party president Amit Shah on Wednesday that he has asked the state government to order an inquiry into the matter.

In a letter to Shah, Rane said he never had any conversation with anyone on this Rafale issue.

According to BJP sources, Rane has said that “I have also sent a letter to Chief Minister Manohar Parrikar asking for an immediate police inquiry and criminal investigation to expose the mischievous elements.”

In his letter to Shah, Rane also said, “This is a doctored audio and have never had any discussion with this regard on this subject with anyone.”

“I would like to inform the chief minister that there is someone playing mischief and there should be inquiry in this matter and such mischievous elements need to be brought to the books,” Rane said in the letter to Parrikar.

The response from Rane, a BJP leader, came after the Congress demanded answers from Prime Minister Narendra Modi on Parrikar’s alleged claim that he had a file on Rafale and asked if this was the reason why a joint parliamentary committee probe was not being ordered.

Goa Chief Minister Manohar Parrikar termed the audio clip cited by the Congress on the Rafale deal as a desperate attempt to fabricate facts after the Supreme Court exposed the “lies” of the opposition party.

Hitting back, Parrikar said in a tweet: “The audio clip released by the Congress party is a desperate attempt to fabricate facts after their lies were exposed by the recent
Supreme Court verdict on Rafale deal. No such discussion ever came up during Cabinet or any other meeting”.

Parrikar was the defence minister when the Rafale deal was signed between India and France for purchase of fighter aircraft. 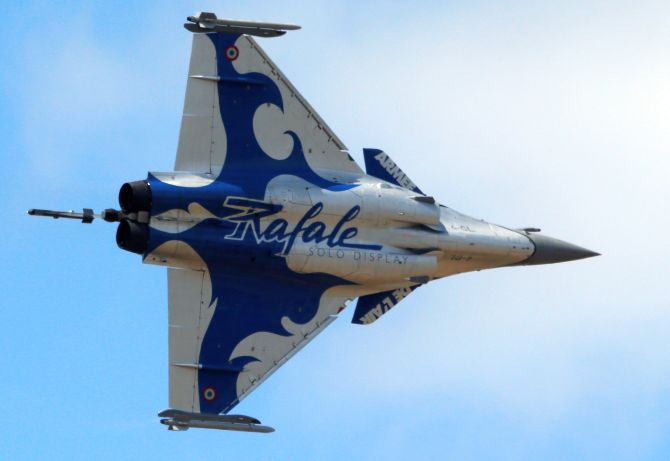