China on Tuesday urged Pakistan to arrest the real culprits behind the terrorist attack in Karachi last month which killed three Chinese nationals. China's charge d'affaires Pang Chunxue met Interior Minister Rana Sanaullah to discuss various issues, including the security of the Chinese nationals in Pakistan in the wake of the suicide bombing.

On April 26, an explosion triggered by a burqa-clad woman suicide bomber from the Balochistan Liberation Army ripped through a van of the Confucius Institute at the University of Karachi, leaving three Chinese teachers dead and one injured.

This is among many attacks attempted on Chinese citizens in Pakistan in the last couple of years.

Minister Sanaullah said in the meeting that his country was utilising full resources to ensure the safety of Chinese nationals working here, according to a statement by the interior ministry.

“The state is using its full resources to ensure the safety of Chinese nationals in Pakistan,” the interior ministry quoted Sanaullah as telling the Chinese diplomat.

In response, the Chinese charge d'affaires said “her country wants a complete investigation into the Karachi attack and to reach the real culprits as soon as possible.”

Sanaullah also expressed grief over loss of lives of Chinese nationals in the Karachi University blast.

Both leaders agreed to further improve cooperation between the Pakistani ministry and the Chinese embassy to ensure fool proof security of Chinese citizens, according to the statement.

“Our coalition government under the leadership of Prime Minister Shehbaz Sharif will take Pakistan-China relations to a new high,” he said.

The minister also said that Pakistan and China will not allow any internal or external conspiracy to succeed in spoiling their friendship.

He informed the Chinese charge d'affaires that a special desk has been set up at the Interior Ministry for effective liaison to ensure the security of foreigners, especially Chinese citizens, in Pakistan.

The minister vowed to bring the ones involved in the Karachi incident to justice. 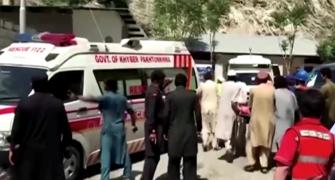 9 Chinese engineers killed in blast on bus in Pakistan 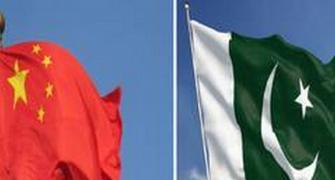 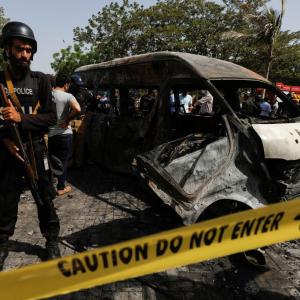