The office of Wing Commander Vikram Dutta, which is located in the health club of the Presidential Estate, was burgled on Wednesday and the thieves walked away with his computer, police officials said.

While a case was registered on September four, police officials believed that the job was that of an insider who has also walked away with six dumbbells from the health club.

Tasmim Ahmed, caretaker of the health centre, had given the office keys to a Central Public Works Department employee who had then returned it to him after clearing the rain water accumulated inside the centre on Wednesday night, they said.
Source: PTI© Copyright 2021 PTI. All rights reserved. Republication or redistribution of PTI content, including by framing or similar means, is expressly prohibited without the prior written consent.
Related News: Rashtrapati Bhavan, Wing Commander Vikram Dutta, Central Public Works Department, Tasmim Ahmed, Presidential Estate
Print this article
India slashes holidays for central staff
PM to visit Afghanistan
Rashtrapati Bhavan awaits the list

We are going to recover people's trust: McCain 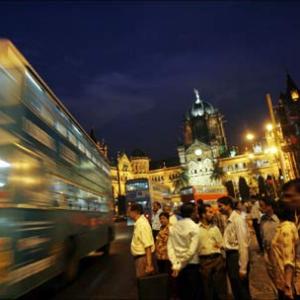 Mumbai among 'world capitals of the future'