Source: PTI
June 25, 2012 22:03 IST
'Psycho Stapleton', a Briton who admitted shooting Indian student Anuj Bidve on December 26 last laughed and ran away after the incident, the Manchester Crown Court was told on the first day of his trial on Monday.

Kiaran Stapleton, 21, had earlier pleaded guilty to manslaughter on the grounds of diminished responsibility, but not guilty of murder of Bidve, 23. His plea was not accepted by the Crown Prosecution Service and he now stands trial for murder.

Stapleton 'smirked or laughed' after he walked up to Bidve and shot him through the head, the Crown Court was told during the day's proceedings on Monday.

Stapleton approached Bidve and his friends in the street in Salford and asked them at least once what the time was.

One of the group answered and without warning Stapleton produced a gun, put it to the head of Bidve and fired a shot, which killed him, the court was told during the trial that is expected to last 12 days.

The Bidve family has travelled from Pune to attend the trial.

Opening the case, prosecutor Brian Cummings told the Crown Court, "Anuj Bidve immediately fell to the ground, fatally injured. The gunman smirked or laughed and ran off."   He told the jury that Stapleton had pleaded guilty to his manslaughter three weeks ago but continues to deny murder.

The defence is likely to call expert psychological and psychiatric evidence in the trial.

Cummings added, "I will ask you to keep in mind as we go through evidence in this trial is that Kiaran Stapleton's eventual admission that he is the killer came at an advanced stage of proceedings, and only after a significant body of evidence had already been gathered against him."

Bidve, who was a student of Microelectronics at Lancaster University, was on his way from his hotel walking through Ordsall to the Boxing Day sales in Manchester city centre with a group of other Indian students when he was killed.

Holden was initially arrested as a suspect, but he is now due to appear as a witness for the prosecution. 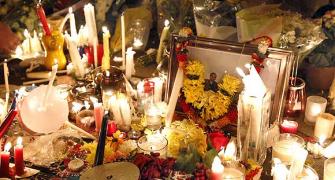 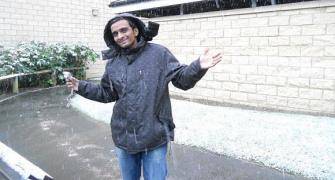 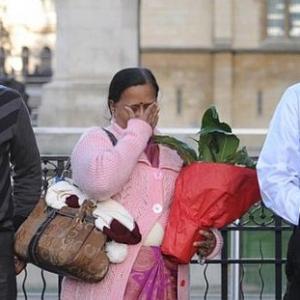 'Our world's finished; we thought UK is the safest in the world'