In controversial remarks, a Bharatiya Janata Party legislator has sympathised with MLA Kuldeep Singh Sengar, accused of raping a minor girl and killing her two aunts, and expressed his "best wishes" for him to overcome his "difficult times". 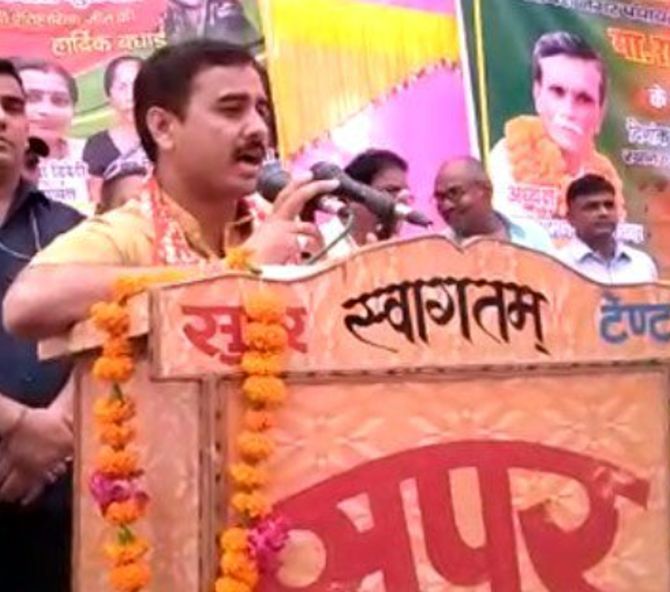 The BJP, however, distanced itself from the comments, saying the statements could the personal view of Hardoi MLA Ashish Singh Ashu.

Days after Sengar, a four-time legislator, was expelled from the Bharatiya Janata Party, Ashu was caught on camera, hoping Sengar comes out of jail soon.

A video clip of him making the remarks has surfaced online.

"Our brother Kuldeep Singh could not be here among us today as he is going through difficult times. Our best wishes are with him. We hope that he will overcome the bad times, fight through it and come out of it and be with all of you to lead you," Ashu is heard saying in the video made at a panchayat meeting in Unnao on Friday.

"Wherever we are, our best wishes are with him," he added.

But BJP spokesperson Rakesh Tripathi said, "So far as the BJP is concerned, whatever disciplinary action it had to take, has been taken. Sengar has been expelled.

"Unless one is proved guilty, one is innocent in the eyes of the law. May be the MLA (Ashu) spoke on these lines."

Sengar is accused of raping a girl at his residence in Unnao district in 2017 when she was 17 years old. A case was registered after she tried to immolate herself outside the residence of Uttar Pradesh Chief Minister Yogi Adityanath in April last year.

A day after the self-immolation bid, her father died in police custody.

On July 27, when the girl, her two aunts and her lawyer were going to meet her uncle at Raebareli jail, their car was hit by a truck. One of her aunts, who was a witness in the rape case, died in the collision. She and her lawyer are admitted to a Lucknow hospital.

Her uncle has been in jail in a two-decade old case for allegedly beating Sengar's brother.

The rape survivor's family alleges the truck-car collision was a deliberate attempt to kill her.

Following an outrage over the collision, the UP government handed over the case to CBI. The central agency is now investigating all the five Unnao cases, including the rape case.

The Supreme Court is hearing the matter and on Friday deferred its decision whether to transfer the case filed after road crash to a Delhi court.

On Monday, the apex court will pass orders on whether the woman should be moved to AIIMS hospital in Delhi for better treatment. 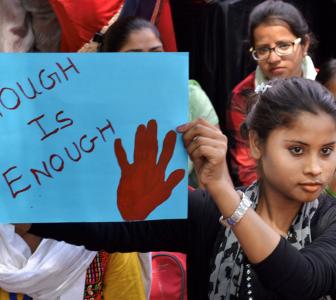 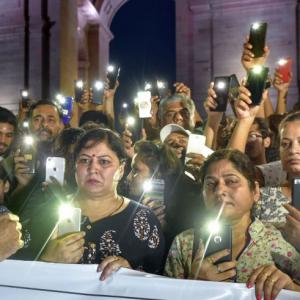