The Bharatiya Janata Party-Jannayak Janta Party government in Haryana survived the floor test on Wednesday, comfortably defeating the no-confidence motion moved against it by the Congress. 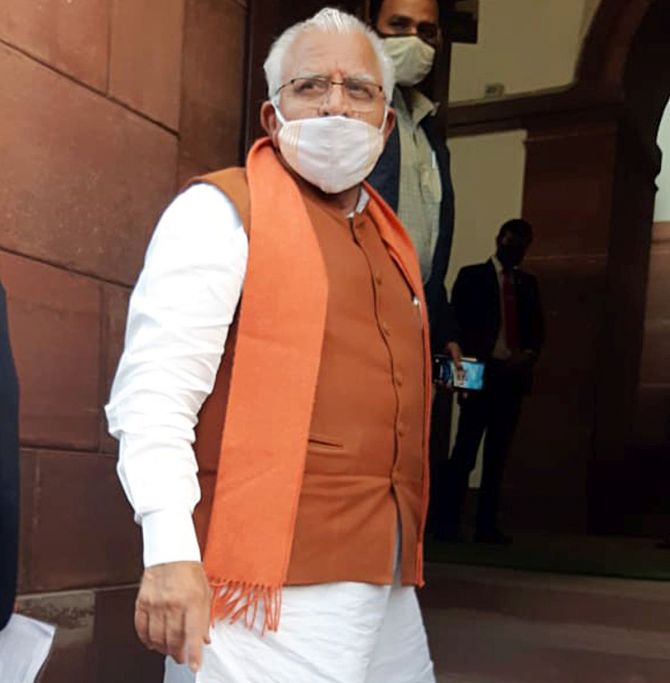 The motion was defeated following division of votes.

At the end of a marathon six-hour discussion on the motion, Speaker Gian Chand Gupta announced in the House that 55 members had voted against the motion while 32 legislators had backed it.

In place of secret voting, which former chief minister B S Hooda had earlier demanded in the House, the Speaker first asked the members favouring the motion to rise from their seats and those against it were asked to stand. A headcount was done later.

The 55 members who voted against the motion included 39 from the BJP, 10 of ally Jannayak Janta Party, five Independents and Gopal Kanda from Haryana Lokhit Party.

The BJP has 40 members in the assembly which includes the Speaker.

Thirty members of the Congress and two Independents -- Balraj Kundu and Sombir Sangwan -- who had earlier withdrawn support, backed the motion. The opposition camp would have needed 45 members to win the no confidence motion.

In the 90-member Haryana assembly, currently having an effective strength of 88 members, the ruling BJP has 40 members, the JJP 10 and the Congress 30. Seven are Independents, five of whom are supporting the government, while one member is of the Haryana Lokhit Party.

While the ruling BJP-JJP was batting on a comfortable wicket with numbers on their side, moving the motion, the first no-trust vote which 16-month old Khattar government faced, Leader of Opposition Hooda claimed the ruling dispensation has lost people's trust.

He also said it would expose those who were claiming to stand in favour of farmers if they vote against the motion.

Referring to farmers protesting near Delhi's borders against the Centre's new farm laws for more than 100 days, Chief Minister Khattar reached out to opposition telling them that they should stop instigating the peasants and instead come forward and tell farmers to end their agitation.

Deputy Chief Minister and JJP leader Dushyant Chautala sought to assure that the government will protect the interests of farmers.

He said mandis and minimum support price will continue, notwithstanding Opposition's misleading claims.

After the end of the Question Hour, the Speaker admitted the notice of no-confidence motion against the Council of Ministers and reserved two-hour for discussion on it. However, later with many members speaking on it, the discussion went on for six hours.

Earlier, touching upon the issue of farmers who are protesting against the Centre's new farm laws, Hooda said the situation is such that ruling dispensation MLAs cannot even visit their constituencies.

"This government has lost the confidence of people. Their MLAs cannot go in their constituencies," he said.

On the farmers' issue, Hooda demanded inclusion of nearly 250 farmers, who have died during their ongoing agitation, in the obituary references of the Haryana assembly.

Hooda claimed it was the BJP-JJP government which stopped farmers, used water cannons and even dug roads so that they could not march towards Delhi in November.

"The government should know it cannot break farmers by such tactics," he said. 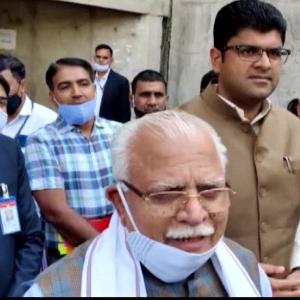