'Bill Clinton lied under oath about our affair' 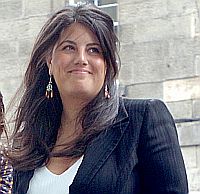 More than eleven years after their affair rocked America, former White House intern Monica Lewinsky has claimed the then United States President Bill Clinton lied under oath when he described their romantic encounters during his impeachment trial, according to a new book.

In an email to law professor Ken Gormley, who penned 'The Death of American Virtue', Lewinsky has made it clear she believes President Clinton had lied about their liaison during his testimony to the grand jury.

"There was no leeway (there) on the veracity of his statements because they asked him detailed and specific questions to which he answered untruthfully," she wrote.

The 769-page book, due to be out in February, also asserts that President Clinton had a long-running extramarital affair with Susan McDougal, one of the few people who served prison time because of the Whitewater investigation.

Though Gormley offers no concrete evidence of the affair, he told leading portal Politico.com, "I feel very, very comfortable with that conclusion after having conducted extensive interviews and seen documents that weren't generally accessible to the public."

The author was granted three interviews by the former US President and eight by Ken Starr, the independent counsel whose pursuit of Clinton led to him becoming only the second US president to face impeachment.

Though the turmoil caused by the Lewinsky saga has subsided with time, President Clinton has acknowledged in the book that he 'will always have an asterisk after my name.'

"But I hope I'll have two asterisks," he said, according to excerpts from the book provided to the portal. "One is 'They impeached him', and the other is 'He stood up to them and beat them, and he beat them like a yard dog'."

However, one person not interviewed for the book was Clinton's wife and Secretary of State Hillary Clinton. Gormley has said he asked repeatedly for a meeting but was never granted one. 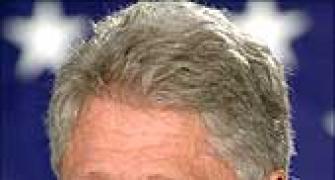 Elton to sing for Hillary