News
Business
Movies
Sports
Cricket
Get Ahead
Money Tips
Shopping
Sign in  |  Create a Rediffmail account
Rediff.com  » News » 'I am free to go home,' Anderson had said after Bhopal tragedy

'I am free to go home,' Anderson had said after Bhopal tragedy

Comments by key players in the aftermath of the Bhopal gas tragedy give an indication about the exit of former Union Carbide CEO Warren Anderson from India with then Chief Minister Arjun Singh quoted as having said there was no intention to prosecute or harass anybody. A TV channel reproduced Anderson and Arjun Singh's bytes, before the Union Carbide chief left the country on December 7, 1984, three days after the world's worst industrial disaster. "House

arrest or no arrest or bail, no bail, I am free to go home...There is a law of the United States...India, bye, bye, Thank you," Anderson had said.

Standing just outside the Union Carbide plant, Singh, wearing a white helmet, had said, "There was no intention to prosecute anyone or try to, sort of, harass anyone. "Therefore, he (Anderson) was granted bail and he agreed to be present in court when the charges are made," the former Madhya Pradesh chief minister had said.
Source: PTI© Copyright 2021 PTI. All rights reserved. Republication or redistribution of PTI content, including by framing or similar means, is expressly prohibited without the prior written consent.
Related News: Warren Anderson, Arjun Singh, Union Carbide, India, CEO
SHARE THIS STORY
Print this article 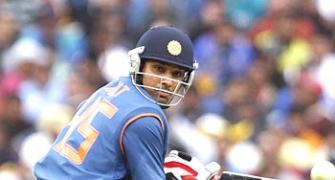