Breaking a long lull in their activities in Andhra Pradesh, the outlawed Communist Party of India-Maoists on Sunday shot dead a sitting MLA and a former legislator of ruling Telugu Desam Party in Araku area in Visakhapatnam district, police said.

The gunning down of Araku MLA Kidari Sarveswara Rao his predecessor Siveri Soma, both Scheduled Tribes, in Lippitiputta village triggered violence with their irate relatives and local tribals attacking two police stations, blaming the police for ‘failure’ to ensure protection to the two leaders.

Police, however, claimed the MLA and his predecessor went to the village in Dumbriguda mandal, close to the Odisha border, without prior intimation to them.

The daring attack by Maoists came at a time when the state government and the police were considered to have gained an upper hand over the CPI-Maoist with no major incident involving the ultras reported in the past four-and half years.

The Maoists, incidentally were observing their organisations formation week from September 21 to 27.

The two TDP leaders were in the village to take part in a ‘grama darsini’ (village visit) programme, police said.

“A group of Maoists came along with the villagers and blocked the cars of the two. As the personal security officers of the legislator and the ex-legislator got down, they snatched the AK-47 rifles from them and shot Sarveswara Rao and Soma dead,” said Visakhapatnam Range Deputy Inspector General of Police Ch Srikanth.

In the violence that followed the killings, protesters set afire a shed in a local police station and damaged furniture and other materials in Araku station.

A police constable was also attacked by the furious mob, police said.

A police spokesman said the situation had been brought under control and reinforcements were being rushed to the area.

The Maoists had been lying low in Andhra Pradesh after the encounter on the Andhra-Odisha Border on October 24, 2016 in which they lost 27 of their activists.

Barring a couple of minor incidents in which a police constable and later a home guard were killed, Maoist activity in Andhra Pradesh had been negligible over the past four-and-a-half years.

Even the Dumbriguda mandal, where Sunday’s attack occurred, was said to be relatively free from Maoist activity, but the killing of the legislator and the former legislator has come as a blow to the government machinery.

Sarveswara Rao was elected as an MLA from Araku Valley (Scheduled Tribes) constituency as YSR Congress candidate in 2014 and defected to the TDP in 2016. He was subsequently made the Government Whip in the assembly.

Soma represented Araku constituency as TDP legislator from 2009 to 2014.

Recently, posters and letters appeared in the region in name of Maoists warning the Araku MLA and accordingly police placed him on high alert, sources said.

The two were proceeding in separate cars to Lipitiputtu village. While Rao was having two personal security officers as escort, Soma one, all carrying AK-47 rifles and 9-mm pistols, police sources said.

According to an eyewitness account, about 50-60 outlawed Maoists most of them women, lay in wait along with villagers and suddenly surrounded the MLAs car in the front. Around 20 of them were armed.

They snatched the weapons from the PSOs and tied the MLAs hands with a rope. They then ordered three other people travelling with the legislator to get down from the vehicle and took all of them away to a distance, the eyewitness said.

One of the PSOs told television channels that the Maoists, after snatching their weapons, said they would not harm them.

They took us, driver, MLAs PA and two others away to a distance and told us we will not be harmed. They then shot the MLA dead, he said.

The former MLA, who was following in a second car, tried to stop his vehicle and reverse it but another group of Maoists came out of the bushes and surrounded it.

Soma’s hands were also tied with rope and taken away and shot dead.

The Maoists, suspected to be led by Andhra-Odisha Border Committee Secretary Ramakrishna, engaged Rao in a conversation for more than half an hour before killing him, an eyewitness said.

The MLA was said to be running a stone quarry at Guda, which was objected to by the Maoists on the premise that it caused environmental hazard in the area.

The Maoists fired four bullets at the MLA while Soma received two bullets.

Soma was reportedly held responsible for the recent encounter attempt by the police in which the Maoists had a narrow escape.

China Rajappa said the situation in the state had been under control in the last over four years though the Maoists had “a strong presence” in neighbouring states like Telangana, Chhattisgarh and Odisha.

There have been no incidents in our state because our (police) force has been strong, Rajappa said.

As Chief Minister N Chandrababu Naidu is currently flying to New York, officials in the Chief Minister’s Office spoke to Visakhapatnam district collector and superintendent of police seeking details of the incident, a CMO communique said.

'If they open their mouths, they are labelled Maoists'
Why Dantewada's key to the battle against Maoists 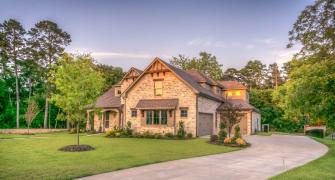 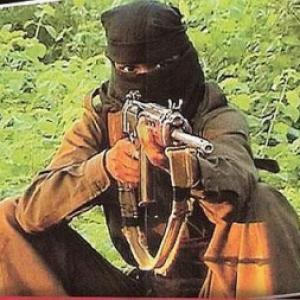