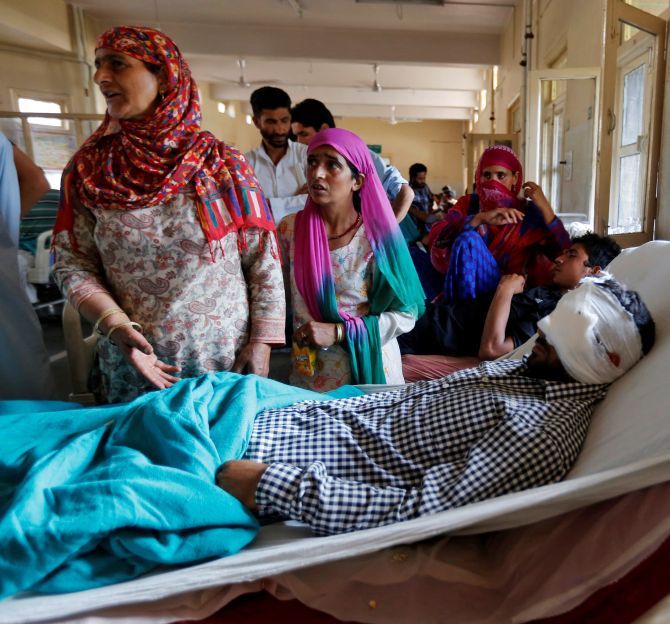 Violence over the death of the Burhan Wani has played out for four days at a stretch. However, many will have to live with the pain and suffering for their lives as dozens are in danger of losing their eyesight after getting hit by pellets during protests.

The SMHS hospital in Srinagar alone has received more than 100 cases of eye injuries due to pellet guns fired by security forces in the clashes following killing of Hibzul Mujahideen commander Burhan Wani in an encounter last Friday.

According to doctors at SMHS hospital, 107 cases of eye injuries have been reported since Saturday at the hospital.

“As many as 87 surgeries have been carried out on these patients. Out of these, eyesight of 40 patients has been restored while we are monitoring other patients,” a doctor said.

He said three of the injured persons have lost their eyesight due to pellet injuries and among the injured are three girls, including a nine-year-old.

Additionally, a specialised team of surgeons from New Delhi and other parts of the country are being rushed to Kashmir to take care of the persons injured in ongoing law and order situation and needing super-specialty care,” an official spokesman said.

He said Chief Minister Mehbooba Mufti spoke to Health Minister J P Nadda on Wednesday morning and requested him to send a specialised team of doctors, including retina surgeons, to Kashmir to take care of the injured who have suffered ophthalmic and other trauma.

“We are expecting these specialised doctors to arrive here today and get down to the job immediately,” the spokesman said.

He said on the instructions of the chief minister, the government is also facilitating shifting of any injured person outside the state, who needs super-specialised treatment in case it is not available locally.

Though pellet guns have been regularly used to quell protests in Kashmir since 2010, when the state police introduced them as “non-lethal weapon”, their use has increased over the years. The use of pellet guns in the current clashes, doctors said, is “unprecedented”.

Image: Family members stand beside an injured man as he lies in a hospital bed after clashes between police and protesters in Srinagar. Photograph: Danish Ismail/Reuters 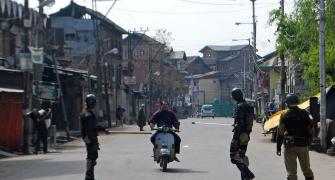 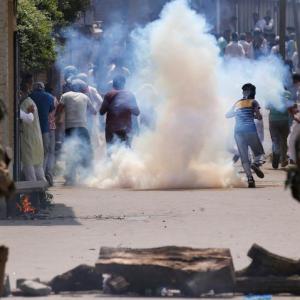 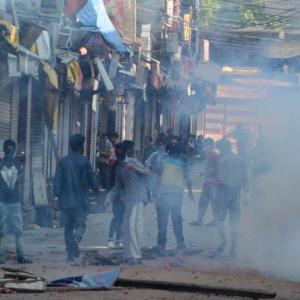