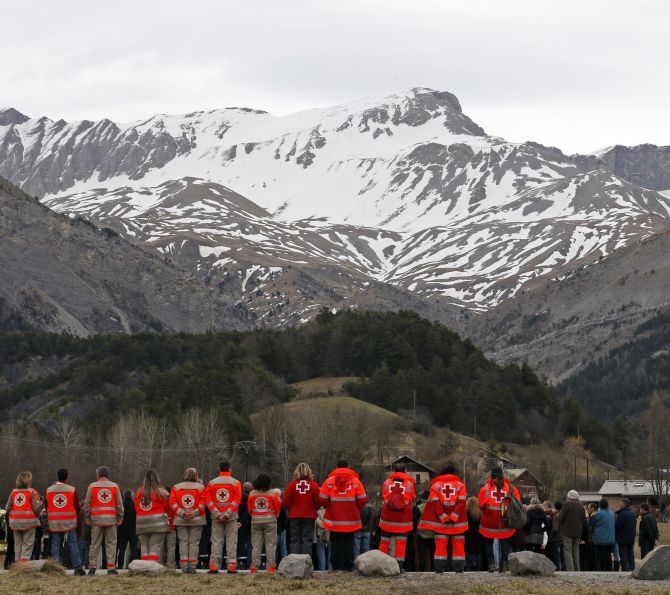 Rescuers stand ready as people pay their respects at the memorial for the victims of the air disaster in the village of Le Vernet, near the crash site of the Germanwings Airbus A320 in French Alps. Photograph: Jean-Paul Pelissier/Reuters

As fitness screening for pilots after the recent Germanwings crash come under scanner, mid-term psychometric tests for pilots of Indian air carriers are being mulled by the government to detect any cockpit crew who are too mentally ill to fly.

The country's civil aviation regulator Director General of Civil Aviation is likely to be soon asked to prepare fresh guidelines for the airlines in the country to conduct the psychometric tests for pilots and flying crew.

The Union minister of state for Civil Aviation Mahesh Sharma felt that such tests were "a must". He said the ministry will hold consultations with the DGCA soon for framing fresh rules keeping the recent air accident in mind. "It's an important issue. I think this is a must. We should carry out such tests (psychometric) from time to time. We are going to discuss the issue soon," Sharma told PTI in New Delhi.

The crash of Germanwings Flight 9525 last Tuesday has raised questions whether airlines all over the world are doing enough to detect pilots who are too mentally sick to fly.

European investigators are focusing on the psychological state of the 27-year-old German co-pilot Andreas Lubitz who deliberately smashed an Airbus carrying 150 people into a French Alpine mountainside. Lubitz is believed to have locked his captain out after the senior officer left the flight deck. The crash also triggered calls within India for evaluation of mental faculties of pilots of carriers in the country.

Dr Rama Manna, senior Counsellor at Kolkata-based Indian Institute of Psychometry, said psychometry tests should be made mandatory as it helps in ascertaining "concentration level of a candidate, reaction to any situation and sense of responsibility". She also favoured having a repeat of such tests if a person especially pilot or cabin crew in going for mental stress or has had a tragedy on personal front.

ICPA office bearer Amit Tyagi said there was no policy from the DGCA on carrying out a psychometric test on pilots and "we will take up the matter in the forthcoming annual general meeting of the pilot body."

On the cockpit policy, India follows the guidelines of United States aviation regulator and had already announced a "cockpit policy" in 2010 under which if one of the crew members had to leave the cockpit during the non-critical phases of flight, the cabin crew is required to be inside the cockpit and occupy the observer seat.

Civil aviation authorities have reiterated that in case one pilot leaves the flight deck, cabin crew shall be in the flight deck and will occupy one of the observer seats.

At present, pilots undergo six-monthly regular medical check-up which includes complete eye examination, ear, nose and throat, ECG, audiometry, lipid profile. Besides this, the pilots have to undergo complete body check-up every two years which includes ultrasound of all vital organs including kidney and liver and a treadmill test.

National carrier Air India has made it mandatory for all its pilots to undergo a psychometric test at the time of induction whereas it was made mandatory for cabin crew after the Mangalore crash in May 2010.

Tyagi said there was a need for re-formatting the working hours also known as the flight duty time limitation in aviation parlance of the pilots. "A pilot in the cockpit should be stress free," he said.

The ICPA may also suggest carrying out a psychometric test at the basic level when a student aspires to take a Commercial Pilot License.

"You see, it’s not only about a pilot handling bigger aircraft like Airbus or Boeing. Even a two-seater plane can also cause a lot of damage if it crashes. So such a test should be mandatory at the basic level," he said.

IIP recently conducted a psychometric test on candidates aspiring to become co-pilots and cabin crew in Air India. However, the results showed that majority of them could not pass it. 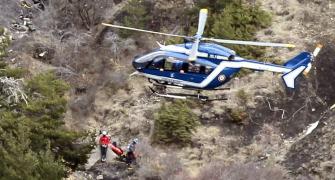 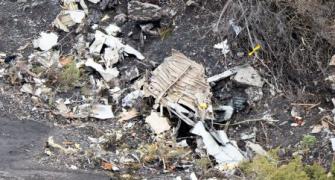 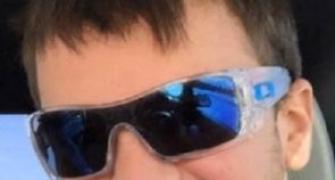 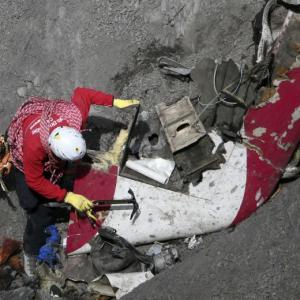 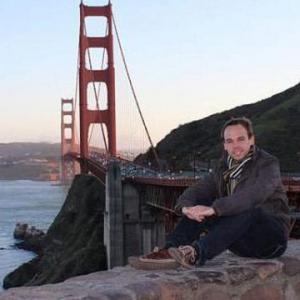