After 51 days, curfew was on Monday lifted from Kashmir, except for few police station areas, but normal life continued to be hit by the strike called by separatists. 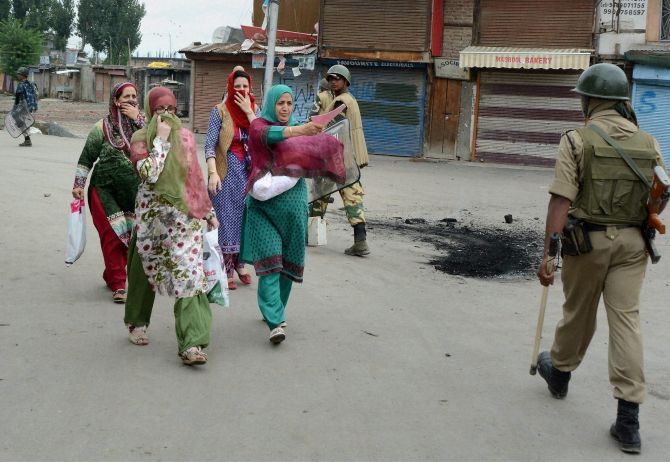 Clashes were reported from a number of places in Srinagar city and parts of Budgam district but nobody was hurt in these incidents, police said.

“Curfew has been lifted from Kashmir except from Pulwama town and the areas in Srinagar falling under the jurisdiction of police stations M R Gunj and Nowhatta,” police said.

The curbs were lifted following improvement in the situation, a police official said.

“However, the security forces will remain deployed in strength in sensitive areas of the Valley to maintain law and order,” the official said.

Curfew was clamped in the entire Valley on July 9 following violence in the aftermath of Hizbul Mujahideen chief Burhan Wani’s killing in an encounter in south Kashmir’s Anantnag district a day earlier. The violence has left 68 people, including two cops, dead and several thousand injured.

While public transport continued to be off roads, there was increased movement of private cars and auto-rickshaw.

However, schools, colleges and other educational institutions and shops remained closed due to the strike called by separatists groups.

The attendance in government offices also showed upward trend with majority of employees reporting for work. The banks were also open and witnessed massive rush of customers as soon as they opened.

Mobile internet continued to remain suspended in the entire Valley, where the outgoing facility on prepaid mobiles remained barred.

During the day, groups of miscreants pelted stones on security forces at Chattabal, Kani Kadal, Khanyar and Batamaloo areas of Srinagar, the police official said.

The security forces used tear gas to chase the protesters but no one was hurt in these incidents, the official said.

He said reports of clashes between stone-pelters and security forces were also received from Chadoora, Kremshora and Mazhama areas of Budgam district.

Image: Women seek permission from a soldier after curfew was relaxed in the Valley. Photograph: PTI 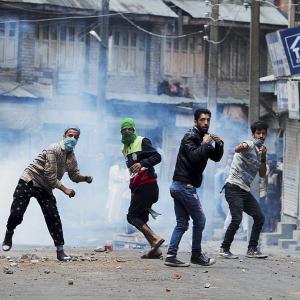