News
Business
Movies
Sports
Cricket
Get Ahead
Money Tips
Shopping
Sign in  |  Create a Rediffmail account
Rediff.com  » News » A salute to the brave who gave their today for our tomorrow

As India remembers its soldiers who fought and died in the Kargil War, Rediff.com's Divya Nair recalls a recent day of homage at the Kargil War Memorial. 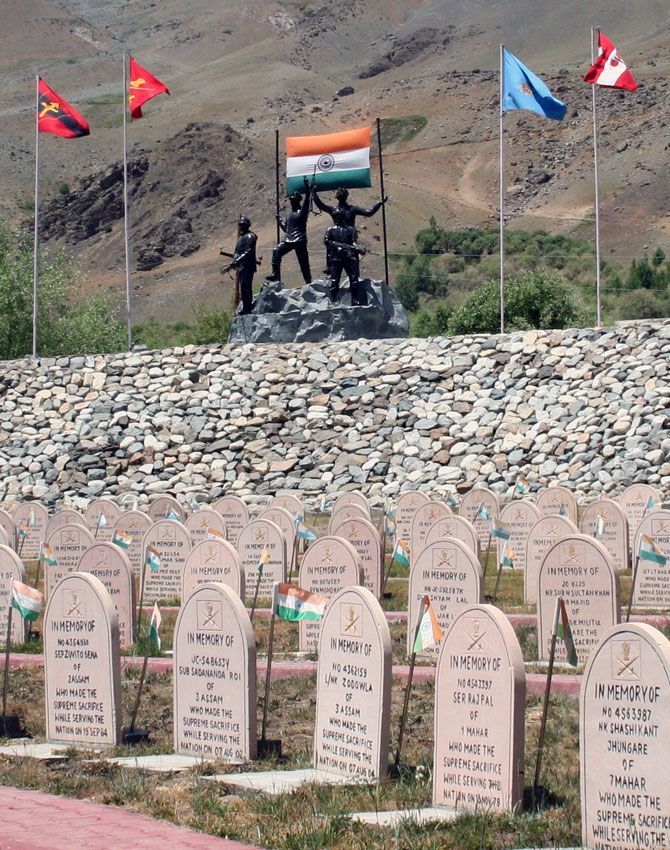 IMAGE: To the left of the memorial, tombstones of martyred soldiers. Photographs: Divya Nair/Rediff.com

It was past 10 am when we entered Kargil, synonymous for me with the Kargil War of 1999.

I was in Class 9 when I had read details of the war in the school assembly as part of the daily news bulletin. It was difficult to understand why a war was taking place in Independent India, but our class teacher told us to pray for our soldiers. 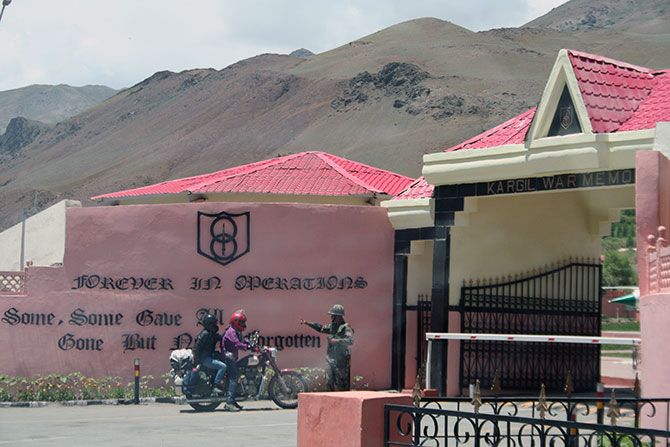 IMAGE: To enter the memorial, visitors are required to follow a dress code.

At the Kargil war memorial, a soldier announces that chappals and shorts are not allowed inside.

There is no entry fee, but there is an unwritten dress code, which people will discover when they arrive there.

On a busy day, approximately 2,000 people visit the memorial. A book maintains a record of the visitors, but there is no compulsion to share your details.

The soldiers are not supposed to be photographed, but I notice a bunch of men aiming a selfie to cover the troops in the frame. 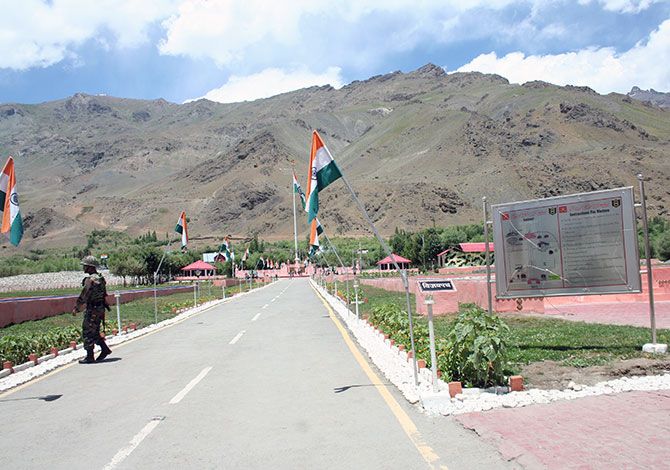 IMAGE: The memorial is located in Dras at the foothill of Tololing where a major battle in the Kargil War was fought.

The main gate is guarded by two armed soldiers. Vijaypath, the path that leads to the memorial, is flanked by shrubs on either side. The helipad is named after martyred Captain Vijyant Thapar, who won a Vir Chakra for his bravery.

The memorial has a huge structure with the words OP VIJAY embossed in bold. Below the structure is a poem by Pandit Makhanlal Chaturvedi: 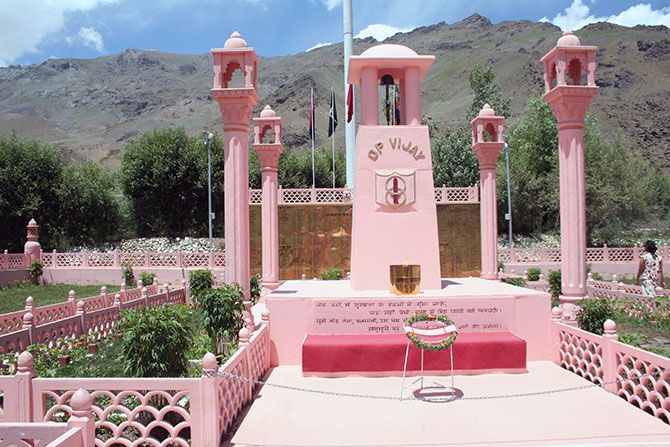 IMAGE: The memorial has names of all the soldiers who lost their lives during the Kargil War.

At the centre of the memorial is a 100 feet flag pole which holds the Indian tricolour which weighs 15 kg. The wall behind is engraved with names of the martyrs who laid their lives in the war. To the extreme left of the memorial are tombstones of all the soldiers who have died in Kargil since 1947.

A museum takes you through the lives of the soldiers -- installations and photographs of the extreme climatic conditions they live in, the battles, details of ammunition used and recovered from enemy troops, handwritten letters from soldiers, letters recovered from Pakistani troops etc.

One heartfelt letter by a 20-something soldier to his father mentioned how he'd felt scared and nervous about the war, about inspiring and leading a battalion of soldiers who were twice his age.

I felt a lump build up inside my throat thinking about the pain and sacrifice the soldiers must have undergone at the time of going to war. There is also a letter from a father acknowledging his young son's courage.

As the crowd picks up, one officer gives us a quick history of Kargil and the 1999 war.

The officer's address ends with powerful chants of "Bharat Mata Ki" from his audience. 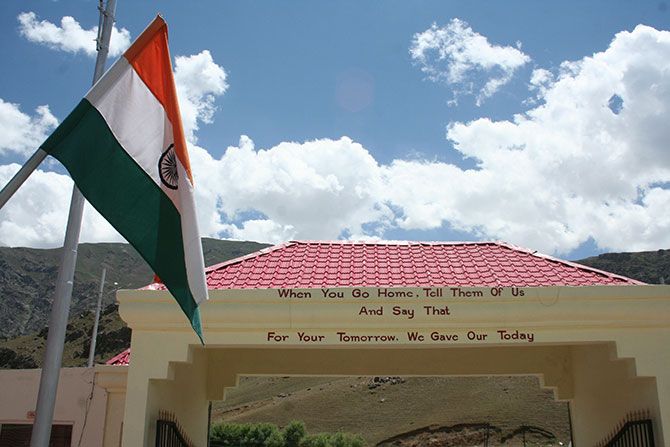 IMAGE: The message on the gate about the sacrifices made by our soldiers.

"I have come here thrice -- with friends, family and colleagues," one elderly visitor Amarkant Singh tells me. "No one is really interested in war memorials."

As I leave, with a heavy heart, I reflect about the message on the gate: 'When you go home, tell them of us. And say, for your tomorrow, we gave our today.' 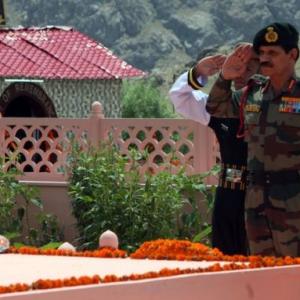