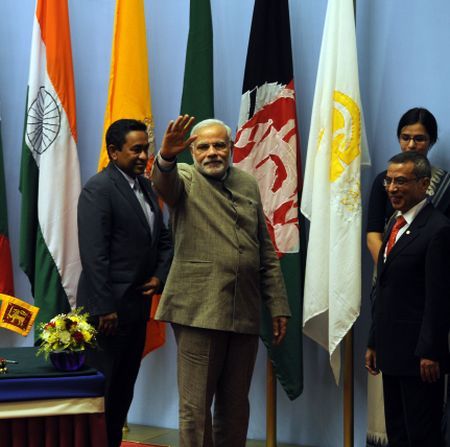 'Within five years we will have the Modi doctrine. We do not know the contours, but one aspect is his centrality on the neighbourhood and focus on South Asia.'

Senior diplomats met in New Delhi in recent days to discuss the direction of India's foreign policy under the Modi Sarkar. Strategic affairs expert Rahul Roy-Chaudhury discusses the route Modi's foreign policy is likely to take in the months to come, with Sheela Bhatt/Rediff.com

Rahul Roy-Chaudhury, Senior Fellow for South Asia at the International Institute for South Asia, London, has the unique experience of serving inside and outside the Indian government.

During the Atal Bihari Vajpayee government he served in the National Security Council Secretariat in the Prime Minister's Office. He has also worked at the Institute for Defence Studies and Analyses.

Roy-Chaudhury writes frequently on Indian and Pakistani domestic politics and foreign and security policies. He also writes on issues related to India-China, particularly on border management.

Roy-Chaudhury's expertise is on the trilogy of India, Pakistan and Afghanistan. He brings high-level diplomats and senior intelligence officials from the three countries for a dialogue in Oman every year -- what he calls 'One-and-a-half' track meetings that involves senior government and military officials in their private capacity, along with influential experts.

He has arranged such one-and-a-half track meetings to discuss defence, deterrence and nuclear issues as well. He has arranged workshops in New Delhi and Islamabad.

Working on his third book on India's naval strategy, Roy-Chaudhary is excited to see the unfolding diplomacy of Prime Minister Narendra Modi.

How do you see regional security in South Asia?

I think there is an excitement in the region that there is a new government in India. The excitement is about the possibility that this government can have a bold foreign and security policy. Here is a government which is stable and does not depend on alliances for foreign policy issues.

So in the region there is a lot of excitement that Modi will be able to implement a number of bilateral issues that have been pending for several years.

I hosted a talk in London on India-Bangladesh relations. This is one area where if India manages to get the relationship correct, there is a lot of potential.

An India-Bangladesh relationship in a new and defined way would serve as a beacon for India's relations with other South Asian neighbours.

So there is clearly a lot of interest and excitement in the neighbourhood about Modi and his foreign policy. There are some concerns as well.

We have seen the good work, the invitation to heads of SAARC countries during Modi's swearing-in along with Mauritius, but then there are some concerns that some steps have been taken backwards.

There is no dialogue on between India and Pakistan and one can understand the reasons why India has stalled the dialogue not only in terms of the spurt in firing across the LoC (Line of Control), but also in terms of the Pakistan high commissioner meeting Hurriyat leaders before the foreign secretary meeting was to happen in Islamabad.

Having said that, it is important that there is some degree of engagement between India and Pakistan.

Clearly, this depends on India's time and choosing the atmosphere conducive for these talks. But it is a difficult situation to happen where there is no dialogue between India and its major adversary in the region, which is Pakistan.

I say this because I believe that Modi's objectives are three fold -- the economy, the economy and the economy.

And if that is the case and if we are looking at hundreds of billions of dollars of investment coming into India, then it is imperative that the neighbourhood remains stable and there is engagement between India and Pakistan.

India finds confusion in Islamabad. On Pakistan's side there are other security issues.

When Prime Minister Nawaz Sharif was sworn in, he was very clear that he would want to move forward with India and he was very keen to do that. But we see there hasn't been much progress in terms of the relationship.

There has also been pressure from the military on Sharif. He hasn't been able to deliver what he initially said in terms of non-discriminatory market access. My point is that we are going to see confusion like this in Pakistan continue.

We won't have a clear cut situation where a civilian leader would be in charge fully of the foreign and security policy of the country.

So we can bear in mind that perhaps the best we can expect is a very cloudy, very murky, situation in terms of the political and military regime in Pakistan.

Does it mean that the difficulties in that political and military atmosphere have a veto on India's ability to engage with Pakistan?

There are issues and issues on both sides. If you take the bigger picture where do you think things can move?

What we have for the first time in over a decade is strong leadership.

So my argument is that among the complexities and the difficulties, one aspect that stands out is strong Indian leadership, the ability and the absence of dependence on coalition partners.

So there is an opportunity, that the statesmen have to take, that is moving forward despite how difficult the situation is.

I think the first thing is the strong leadership from India.

The second thing is Bangladesh itself, that I see a potential in India-Bangladesh relations. 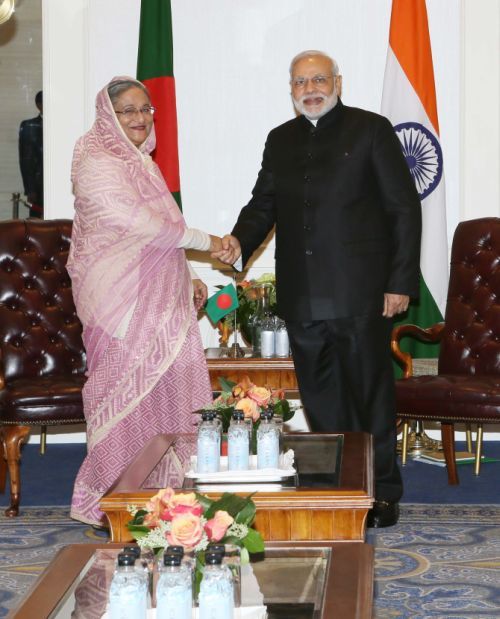 India-Bangladesh relations have been stuck for many years now. India has been concerned about the illegal immigration from Bangladesh, there has been brutality in terms of the border guards. There have been issues of extremism in Bangladesh.

I think after Sheikh Hasina's re-election in Bangladesh, there is an opportunity for India to raise the level of engagement to a true strategic partnership from where there can be no turning back for the two countries.

When Hasina came to Delhi in January 2012, the idea was that India-Bangladesh relations could be transformed, but because of the problems the last government had it has not been able to do that.

So amongst the complexities you are talking about, I think this is one area where there could be movement forward which would actually help other countries understand India's perspective because what it will show is that India is not going for reciprocity.

What about the Burdwan terror investigation and the exposure given by the government itself to it?

Better relations with Bangladesh helps better security cooperation, better intelligence, if there was better information sharing between India and Bangladesh, I think there would be a better sense on this. Also in Burdwan, to be fair, there has been a lapse on our side also.

Why was there an explosive manufacturing unit there in the first place? So I think there are lapses on both sides.

To me what this shows is that there is a need for deeper security intelligence cooperation between the two countries and it is taking place at a certain level, but it needs to be deeper.

And you can only deepen it if the Bangladeshi authorities feel that India is sincere in working with Bangladesh.

What do you make of the prime minister's foreign policy?

Firstly, foreign policy is the PM's prerogative. There might be a foreign minister and all that, but I think Modi is going to put a major imprint on India's foreign policy.

I suspect within the next five years we will have the Modi doctrine.

We do not know the contours of it, but one aspect is his centrality on the neighbourhood and focus on South Asia.

There are issues that are connected to the neighbourhood such as the Indian Ocean for example that has a key potential for India.

I chaired a session at the India Global Forum on the Gulf and the Indo-Pacific. What came out was the interest that countries have in the Indian Ocean ranging from the Gulf to South-East Asia.

For India to play a deeper role, to play a greater role in security affairs in these areas, is a given. Look at the Arab Gulf, for example, where we have extreme dependency in terms of expatriates, the economy, energy.

There is a sense of India playing a much larger role in our security issues.

In the last 10 years, Manmohan Singh visited only three countries of the Gulf -- Qatar, Oman and Saudi Arabia.

I hope that Modi visits many Gulf countries within 12 months of taking office. That will send a very important message to the region in terms of the interest it has.

Also for India, the Gulf is the most important region even in comparison to South-East Asia. There are seven million people Indians there.

I would argue that even though it is important to talk about South-East Asia, East Asia, we should not forget the Indian Ocean.

We should not forget South-East Asia and East Asia and the dynamics with China, but I would argue that the Gulf is equally important.

I have argued while others are actually rebalancing, you have a US rebalance in the Asia Pacific, you have China rebalancing to other parts of the world, I think it is time India should rebalance towards the Indian Ocean. I mean this is the code for India's security.

To encapsulate, I would say three things:

Leadership can be important. I expect the Modi doctrine in the next five years.

I expect the neighbourhood to become key in Modi's foreign policy priorities. Especially in terms of leadership roles that he puts across in relation to Bangladesh for example, engagement at some stage with Pakistan as well.

Afghanistan becomes very important as US combat forces withdraw. And the third area is the Indian Ocean and that is key. 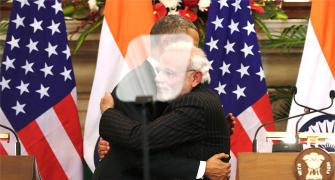 A country is known by the company it keeps 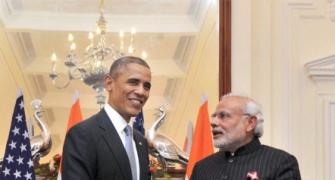