Men Who Fought To The Last Bullet And Last Breath

'Rezang La was a unique battle.'
'It was not a large scale battle like the Battle of Kohima which involved a large number of troops.'
'Here there was just a company that fought it out till the last man.' 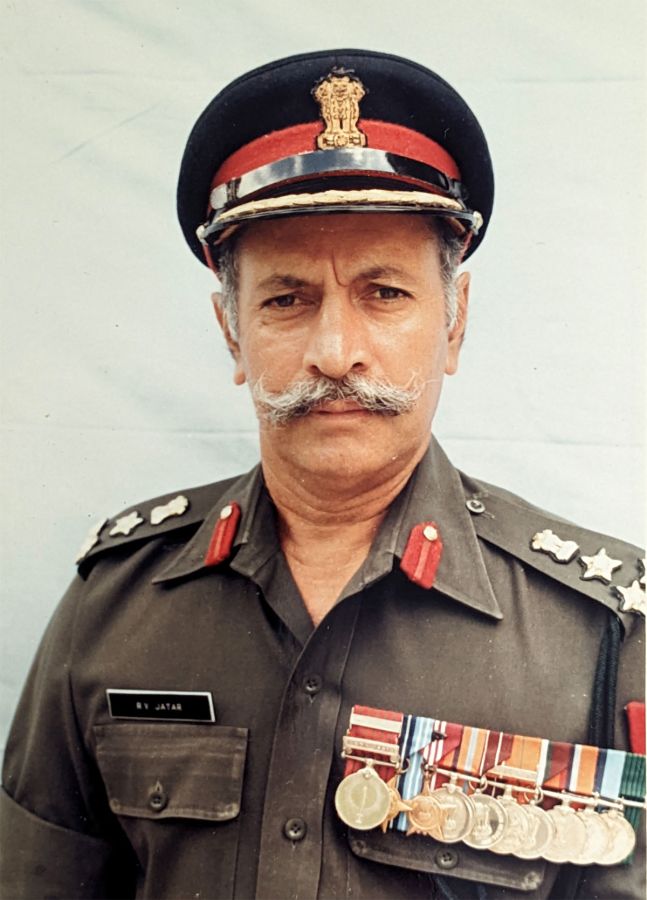 IMAGE: Brigadier R V Jatar, 90, is a soldier from the 13 Kumaon, one of the most famous battalions of the Indian Army. All Photographs of Brigadier Jatar: Rajesh Karkera/Rediff.com

Brigadier Raghunath V Jatar [retired] who turned 90 last month, is among the last of the brave men of the 13 Kumaon battalion who fought in the 1962 War with China.

A young major during the war, he was the overall post commander on Mugger Hill, which was about 2.5 miles from Rezang La.

Rezang La is a starkly barren hill-top at a height of 16,500 feet, 30 kms from Ladakh where 13 Kumaon's C Company fought an epic battle on November 18, 1962 in sub-zero temperatures.

114 men were killed in action in the battle which is part of the Indian military's inspirational sagas of war.

13 Kumaon has the unique distinction of renaming its C company as 'Rezang La' company after the war; all other rifle companies of the Indian Army are designated as A, B, C and D companies.

Major Shaitan Singh was awarded the Param Vir Chakra posthumously. In a display of exemplary leadership, the wounded officer continued to move from one gun position to another in command of his men before sacrificing his life.

The battalion was also awarded six Vir Chakras and one Sena Medal.

A year ago, when the revamped Rezang La memorial was inaugurated by Defence Minister Rajnath Singh, Brigadier Jatar was among the honoured guests.

As a young officer, he had done two tenures in Ladakh, but at 88 it was a difficult journey. He got himself medically examined and was confident that he could do it.

Accompanied by his grandson, he paid homage to the brave officers and men who had brought such honour to his battalion.

The defence minister himself moved the officer's wheelchair at the memorial.

"Rezang La was a unique battle," Brigadier Jatar told Rediff.com's Archana Masih as he flipped through pictures and showed mementoes from an unforgettable three-decade army tenure.

He joined the army in 1953 following the military tradition started by his uncle, an eminent doctor during World War I and the Afghan War who lost a leg and was knighted for his service.

Brigadier Jatar took part in the liberation of Goa in 1961 and saw action in every war since 1962.

At 90, he drives his car, exercises daily and keeps himself busy as chairman of a NGO in the field of women's empowerment.

He shared personal memories of the epic Battle of Rezang La and his unforgettable army experiences on a quiet morning in his home in Pune.

I reached Ladakh in mid-October 1962.

I travelled from Srinagar which is at 6,000 feet to Chushul at a height of 14,000 feet. There was no time to acclimatise. Even turning on either side in the bed while sleeping was difficult.

My Company, the D company was in charge of a post at Mugger Hill. 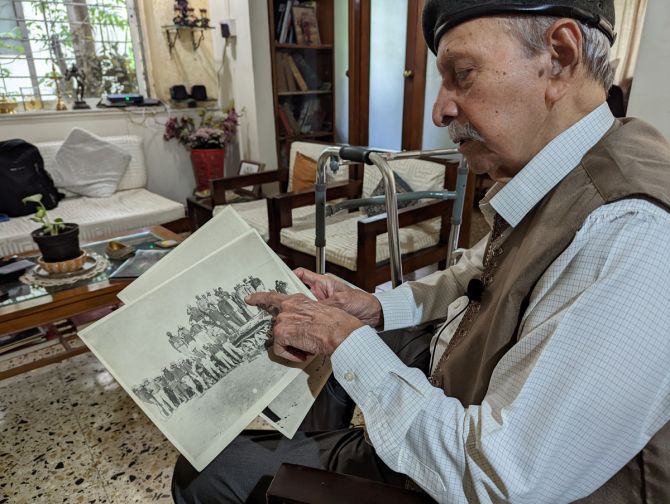 What difficulties did you and your men encounter in terms of ammunition, weapons, equipment, material, clothing, resources, etc?

We were not badly off as far as warm clothing was concerned. What we didn't have was resources like sand bags, wooden planks, digging equipment to build defences against artillery fire. We did not have well prepared defences.

The Chinese had semi-automatic rifles, we had bolt action rifles, but that was not too bad either -- our drawback was that equipment in the defence stores during the war was inadequate.

At Mugger Hill, we had two platoons and a company. There were around 70 people under me. We were at 17,000 feet; the temperature was -30. If shelling had occurred I would have lost many men as well.

They did not have machine guns or mines and wires guarding them which was very tragic.

It was thought that Rezang La was not as important as Mugger Hill and Gurung Hill because the latter were guarding the Chushul airfield and Spanggur Gap.

But the Chinese ignored these two and attacked Rezang La.

When did you know that Rezang La had been attacked?

Mugger Hill was about 2.5 miles from Rezang La, but there was a feature higher than both our posts in between. We couldn't hear or see each other. The wide distances between Rezang La and neighbouring defended positions like Mugger Hill and Tsakla made mutual support impossible.

We didn't know that they had been attacked till the next morning.

The commanding officer called us to know news from our post and we then came to know of the attack. Since there was no communication with Rezang La, we sent a patrol of four men to find out what happened. Two were killed and 2 returned, but by that time we had information. 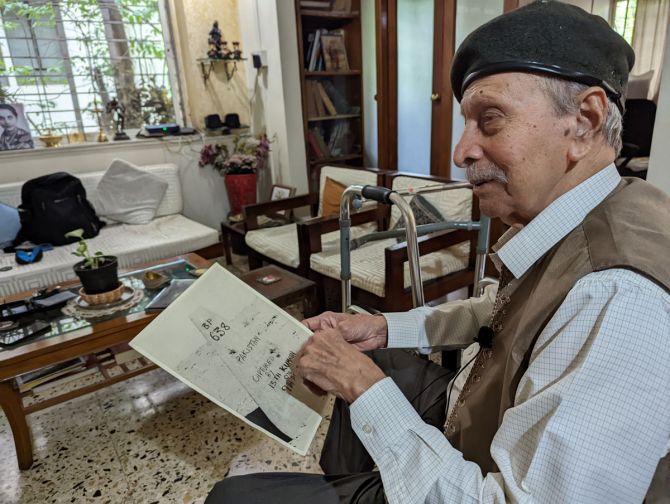 IMAGE: Brigadier Jatar fought in the 1971 War against Pakistan in a battle at Boundary Pillar 638 near Longewala in the Jaisalmer sector.

What was the situation in the battalion and your post after knowing what had happened at Rezang La?

When we came to know what had happened in Rezang La, we were preparing ourselves.

I was moving around and could see the glow of machine gun fire.

In between the features there was a valley that was held by the Chinese. We were asked to conduct artillery fire. We thought the next attack would come on us and we were ready. The Chinese shelled our position with mortars and MMGs.

My platoon commander, who was a lieutenant then and subsequently retired as a brigadier, we were constantly in touch. He was at a post towards Rezang La.

We were the only post holding up as the posts at Gurung Hill and Rezang La had fallen.

We were all set for the attack, but it didn't come. The next evening we were asked to withdraw.

People might say why did you fight without adequate preparation, but it was a task that had been given and had to be done.

When did you know the magnitude of what had happened?

The Chinese had taken around 4 prisoners and 4-5 soldiers came back. They told us what had happened. We came to know what a tremendous fight it was after the bodies were recovered three months later.

Earlier it was thought the jawans were not alert, but when the bodies were found, the magnitude of their courage came to be known. The frozen bodies of soldiers were found holding their weapon in firing position. They died with their boots on, fighting to the last breath.

The frozen body of a nursing attendant was found in the act of tying a bandage.

Brigadier (T N) Raina, who was the brigade commander and later became army chief, was very emotional when he went there and saw their bodies. It took three months to recover the bodies because there was a ceasefire and permit had to be taken from the Red Cross to go there.

Major Shaitan Singh's body was also recovered and sent home. He was honoured with the Param Vir Chakra. Ninety-six brave men who were killed in action were cremated there. IMAGE: Indian soldiers with then Rajasthan chief minister Barkatullah Khan during the 1971 War.

What are your memories of Major Shaitan Singh, the brave commanding officer?

He was a gem of a gentleman and a devoted officer. I have never seen such a gentle person endowed with such courage at war.

A remember once I was riding a motorbike in Mumbai and he was sitting behind. A pup came under my motorcycle and he closed his eyes immediately in prayer.

The battle of Rezang La brought glory to the battalion and pride to the regiment. It is looked at with pride rather than a tragedy.

Not much was known about this battle, it only became famous around 10 years ago.

How did you boost the morale of your men at that time?

You have to be with your men. If you are strong and confident then that confidence filters down.

I was with my men in the trenches. On the day of the battle I told them that this is the day I have been waiting for all my life.

There is a difference between Indian Army officers and Pakistani officers. The Indian officers are ready to rough it out with the men.

What was so different about the Battle of Rezang La when compared with other battles fought by the Indian Army?

Rezang La was a unique battle. It was not a large scale battle like the Battle of Kohima which involved a large number of troops. Here there was just a company that fought it out till the last man. Like the Sikhs in the Battle of Saragarhi in 1897 where only one man survived to tell the tale. In 1965, I was in the Amritsar area. I was in-charge of brigade movement, supply etc.

Ours was the northern most brigade and I went right up to Ichogil canal. The canal was about 50-60 feet with embankments. On the other side was Pakistan, just 50-60 feet away.

There were pitched fights. The 1965 war saw heavy casualties.

In the 1971 war our army chief General Sam Manekshaw refused to go to war when Prime Minister Indira Gandhi asked him to. He told her that that the army needed 6 months to prepare for a successful campaign.

In those 6 months, we really prepared ourselves well and went on to win the war.

I was battalion commander in Rajasthan. We were well prepared mentally and militarily -- all thanks to General Manekshaw who had the courage to say no to Indira Gandhi.

What action did you undertake in the 1971 War?

When the Pakistanis were repulsed in the Battle of Longewala, we got to know that they were building up at Border Pillar number 638 which was between India and Pakistan.

My battalion marched 11 km and one of our companies was attacked. We launched a quick attack during the day.

Usually quick attacks are not launched during the day, but we did. We lost 4 men and the enemy lost 51.

We buried their bodies.

I went to Longewala on the 50th anniversary of the Battle of Longewala. 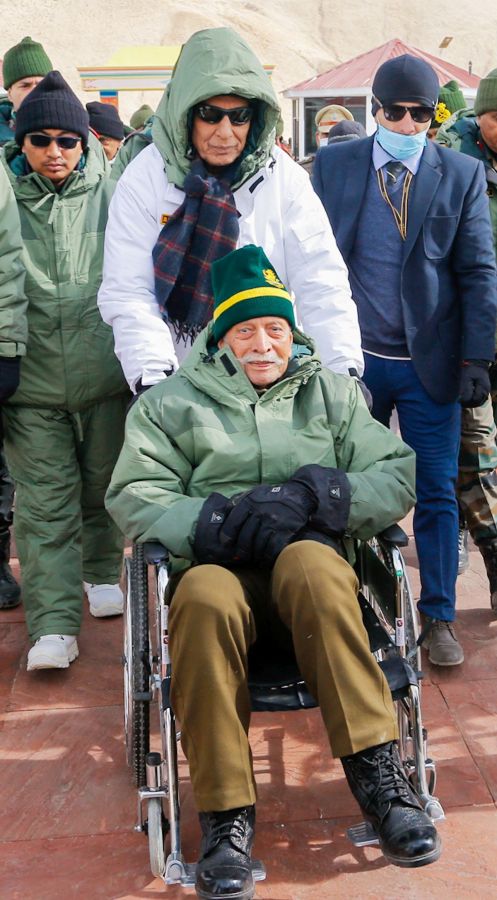 What have been your other unforgettable tenures in the army?

I was commissioned in 1953 in 13 Kumaon which is a very famous battalion. My first posting was in Naushera in J&K where Brigadier Mohammad Usman, a brave hero was killed in action in the war in 1948. He received the Mahavir Chakra.

My battalion also took part in the Liberation of Goa in 1961. I was in charge of a prisoner of war camp in Panjim which had 1000 Portuguese prisoners.

I also served in Mizoram just as insurgency was starting.

We remained mostly in the jungles. I remember an incident when my column was asked to take on hostiles. We had a guide and we walked 30 kms to reach the camp of the insurgents.

Five of their top leaders were killed in that operation. It made big news at that time and almost broke the back of the insurgency.

The monsoon was a difficult season. There were leeches, insects and mosquitoes, but we got used to it. Once we were resting against a tree and a snake went over my thighs!

At another time I was going with my troops and my sten machine carbine which was a rather primitive weapon was getting stuck in my sling. A jawan behind me tried to move it a little and it went off, missing my ear by a whisker! 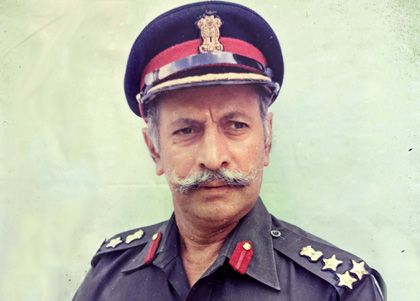 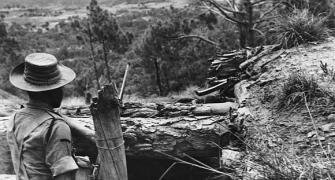 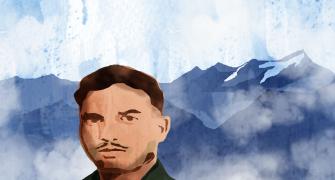 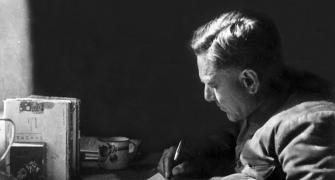 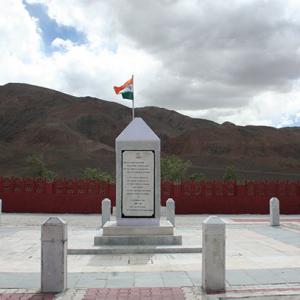 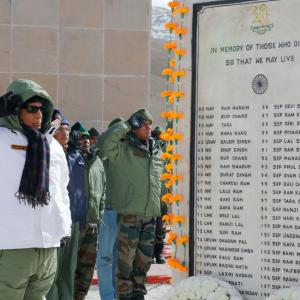 Why Every Indian Must Salute The Heroes of Rezang La