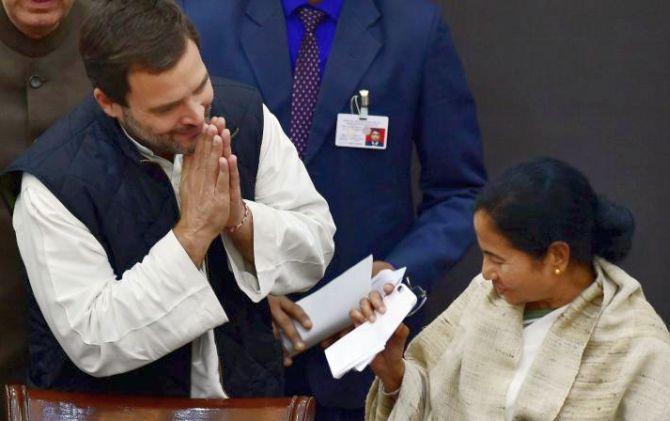 Derek O'Brien, leader of the Trinamool Congress in the Rajya Sabha and his party's national spokesperson, tells Archis Mohan that West Bengal Chief Minister Mamata Banerjee will have a big role to play in New Delhi in the next Lok Sabha.

In your recently launched book, Inside Parliament: Views from the Front Row, you have said that the Narendra D Modi government has been bullying Parliament, mocking the Rajya Sabha and eroded it as an institution.

Let me correct you. Not just Parliament, but all institutions.

Let me start with a positive suggestion. It is always the government's onus to run Parliament. The government's little games in delaying convening the session are not good.

My positive suggestion is that they should first make a parliamentary calendar for the year.

If primary schools, high schools and colleges have a calendar, why can't Parliament?

As for the dates for the winter session, I can understand I am an Opposition MP and we were in the dark, but even the parliamentary affairs minister!

What is dangerous is that 'the pair' are the only people who know when Parliament will open.

'The pair' know which Bill will come.

They know at 9 pm this should be the narrative on the 'North Korean' news channels.

'The pair' announce the election dates. If you look at the media reports, one of 'the pair' had announced election dates for Gujarat even before the Election Commission officially announced it.

This is an example of how they are destroying institutions.

Second, in one of my essays in the book, I have written about the Leader of the House (Finance Minister Arun Jaitley) wearing the 110 jersey (Article 110 of the Constitution deals with 'money Bills').

The best players in the world normally wear the number 10 jersey -- Pele, Maradona... But Jaitley wears 110 because when 'the pair' go to him he shows the 110 jersey and everything becomes a money Bill.

Third, they are talking about simultaneous Lok Sabha and assembly polls. This is a baloney idea.

I have a lot of respect for Mr Jaitley as a senior parliamentarian. But he sounds like a block level BJP leader when he starts comparing the Rajya Sabha to the House of Lords.

Where is the comparison? The composition is different.

The House of Lords is by peerage, while in the Rajya Sabha, except for the 12 nominated members, we are all elected.

You have written that the Trinamool urged the Congress to field former prime minister Manmohan Singh to speak on demonetisation in the Rajya Sabha (in the winter session in November 2016).
Was it also the time that the Congress stopped listening to the CPI-M (Communist Party of India-Marxist) and start heeding the advice of the Trinamool?

Everyone knows the facts. Mamatadi was the first one to speak.

The Congress was initially a bit reticent, but at the end of it all you have to give the Congress the credit that they put up whoever they did (to speak in the Rajya Sabha).

I think that time the CPI-M had this handbrake. Now, that handbrake is ineffective. 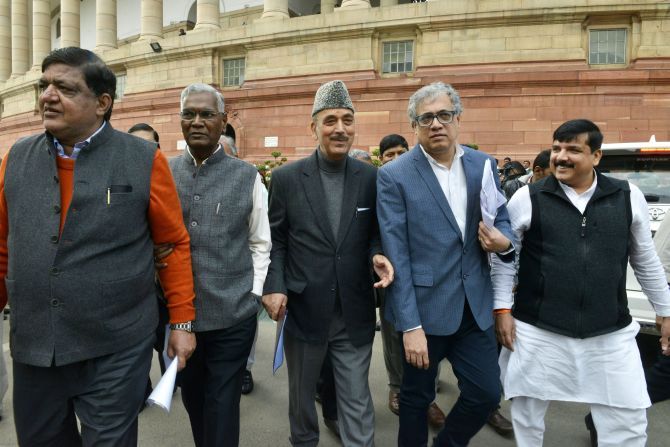 These are issues to be decided by the Trinamool Congress working committee.

But please understand, the Trinamool won close to 50 per cent of vote share and almost 220-seats in the Bengal assembly polls in 2016. But these are decisions to be taken later.

Obviously, the Trinamool seats would be 34 plus (the Trinamool won 34 seats of the 42 Lok Sabha seats in Bengal in 2014).

I also believe the DMK (Dravida Munnetra Kazhagam) will sweep Tamil Nadu, and that would push the BJP to the defensive.

They have used the AIADMK's 37 seats (in the current Lok Sabha) to do all kinds of nonsense.

You have suggested the Opposition should focus on state-specific battles and issues to defeat the BJP in 2019.
Leaders like Mamata Banerjee, Naveen Patnaik, Amarinder Singh, should challenge the PM in their states.
But the Congress is projecting Rahul Gandhi as the national alternative.
Would it be amenable to your strategy?

I am not here to give anybody any advice. The Congress party can choose their own leader, and work out their own strategy.

The overall picture we are looking at is two-fold.

The Opposition has to run a positive and a negative campaign.

The negative campaign -- call for the removal of the BJP as they are breaking down institutions.

The social fabric of the country and the economy are in a mess, and there is all big talk but no delivery.

Second, the positive part of the campaign ought to be that federalism will drive India.

Given its size and presence across the country, the Congress has a big role to play in Delhi and they must take up the leadership of the collective in Delhi.

But Mamata Banerjee will be a prime ministerial candidate?

Mamatadi has a track record of over four decades of peoples' movements and struggle.

That was all in the Opposition, but now she has six years in governance and Bengal is one of the better performing states on various social and economic parameters.

Obviously, every Opposition leader has a role to play in New Delhi.

Why did the Shiv Sena and National Conference march with us to protest demonetisation?

Mamatadi explained to everybody to look beyond issues like Hindu, Muslims, Sikhs...

Mamatadi is an inclusive person. In the Trinamool Congress, we are clear about our role.

We will act as a catalyst, if needed, to remove the BJP. 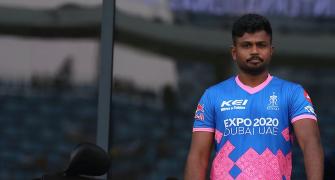 WHO chief thanks Mandaviya for resuming vax shipments 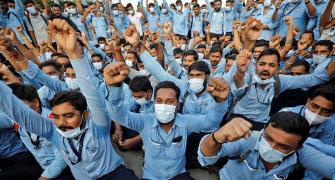 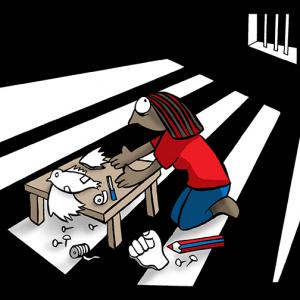 'There's an atmosphere of fear across the nation'