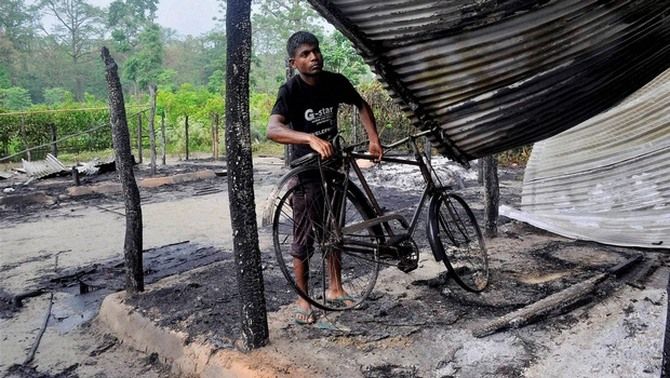 'The violence that shook Assam was a direct outcome of the state's ethnic problem.'

'The tension that created a rift between the Bodos and the non-Bodos for years found a blood-spattered expression.'

More than 30 people -- mostly women and children -- were killed, several scores injured and thousands rendered homeless in two districts of Assam last weekend after attacks by militants from the I K Songbijit faction of the National Democratic Front of Bodoland, which is opposed to talks with the Government of India.

The violence was directed against Bengali-speaking Muslims apparently because they had not voted for Bodo candidates in the April 24 Lok Sabha election.

Ranjit Shekhar Mooshahary, the Trinamool Congress candidate from Kokrajhar, believes the violence was pre-planned and "perpetrated by divisive forces that have been functioning in the state for years."

Mooshahary, a Bodo himself, has been governor of Meghalaya and a retired director-general of the National Security Guard and the Border Security Force. He spoke to Indrani Roy/Rediff.com in a telephone interview.

How did violence erupt in Assam?

To look for reasons behind the killings, one has to analyse the ethnicity of the area.

The violence erupted from Bodoland, a northern area of Assam where the Bodo tribes reside.

Over the years, the area also came to be occupied by non-Bodo communities from different parts of the country and even Bangladesh.

A majority of the settlers happen to be Muslims.

Over the years, the demographic marginalisation of Bodos led to rebellion and violence against non-Bodos, and a demand for a separate state in the 1980s and 1990s raised its head.

The insurgency under the aegis of the Bodo Liberation Tigers culminated in the Bodo accord in 2003, which in turn gave birth to the indigenous ethnic group -- the Bodo Territorial Council.

The latter is an autonomous political body in which the Bodos constitute only 26 per cent. They can exercise exclusive control denying other communities (constituting the rest 74 per cent) any stake in the governance of Bodoland.

This led to a huge resentment among the non-Bodo groups.

(The Bodo Territorial Council has 12 electorate members, each looking after a specific area of control called somisthi. The area under the BTC's jurisdiction is called the Bodoland Territorial Area District.)

Are you saying that the bloodshed is a result of mutual grievances that exist among the Bodos and the non-Bodos?

ABMSU activists along with the members of the All Koch Rajbongshi Students' Union (Hiteshwar Barman faction), were the two leading students' bodies in the Bodoland Territorial Area District, which backed former United Liberation Front of Asom militant Sarania for supporting the cause of the non-Bodo communities.

Muslims are a major constituent of the group that fielded Sarania.

They thought that being a non-Bodo candidate, Sarania could raise his voice in Parliament for the 74 per cent non-Bodo population living in BTAD.

and Assam minister Chandan Brahma could find it hard to win because Muslims did not vote for him.

It should not be forgotten that non-Bodos have never won this seat despite constituting two-thirds of the population.

Did ULFA have any role to play?

Not at all; every citizen in Assam feels that the National Democratic Front of Bodoland was responsible for the brutality.

The NDFB, however, denies any involvement, claiming that it was a 'political conspiracy by the Assam government to trigger clashes between two communities'.

(The National Democratic Front of Bodoland is an armed separatist outfit, which seeks to obtain a sovereign Bodoland for the Bodos in Assam. It has been designated as a terrorist organisation by the central government).

The blame game will continue till the NIA (National Investigation Agency) probing the incident comes out with the truth. 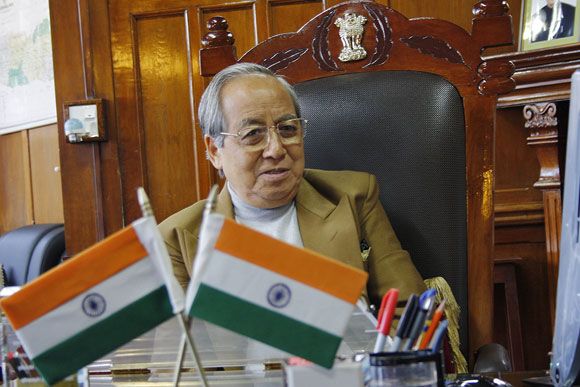 Your party chief Mamata Banerjee hinted on a social networking Web site that Assam carnage was a direct outcome of communal remarks made by Narendra Modi.

I don't think so. The violence that shook Assam was a direct outcome of the state's ethnic problem. There was no external cause.

A latent fire was burning for years.

Election simply acted as the catalyst.

The tension that created a rift between the Bodos and the non-Bodos for years just found a blood-spattered expression.

But in a manifesto released for Assam in April, the state BJP unit had made a potentially inflammable promise that it would identify and expel all illegal immigrants staying in Assam.

As I have already said, the killings were caused by ethnic differences.

The BJP and its manifesto did not have any influence on the people.

Do you think had the state government been more careful, the violence could have been averted?

Of course! The Assam government under Tarun Gogoi's leadership failed miserably in maintaining law and order as also to ensure safety of innocent people of the state.

What needs to be done to prevent recurrence of such incidents in the future?

Assam is called the mother state in north-eastern India.

Whichever party comes to power at the Centre must realise that development in this fringe of India would be impossible without taking Assam in its fold.

More importantly, a sincere and transparent dialogue has to take place between the Bodo and non-Bodo groups to strike a peaceful political balance.

Who do you think will form the next government at the Centre?

I think there will be a complex alliance as neither the Congress nor the BJP will get an absolute majority.

How optimistic are you of winning?

To be honest, I stand a slim chance. My Bodo origin was my disadvantage.

People thought I was too moderate a Bodo.

Also, the electorate in this country is goaded by bibek (conscience) and abeg (emotion).

And those two factors went against me (laughs). 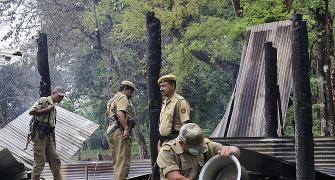 Assam violence: Locals in Salbari refuse to bury the dead
'Insurgency is biggest business in northeast' 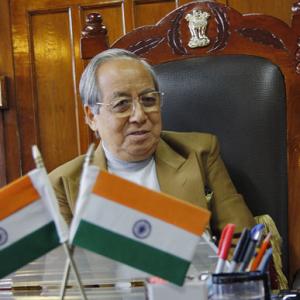 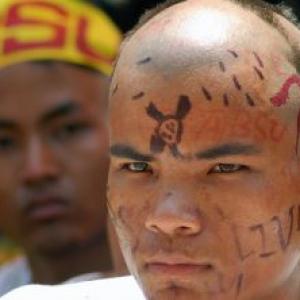