'Kejriwal has read the Constitution, still he misused office to benefit his MLAs.'
'If the BJP and Congress are wrong, does that mean even you will do wrong things?'
'So how is Kejriwal different from the others?' IMAGE: Arvind Kejriwal's AAP is under flak over the appointment of 21 parliamentary secretaries.

Even as the Aam Aadmi Party government in Delhi helmed by Chief Minister Arvind Kejriwal battles the Narendra Modi government at the Centre over the appointment of parliamentary secretaries, one name keeps cropping up.

Patel's contention was that since the 21 AAP MLAs are allowed to use government transport and space in the minister's office, they are illegally occupying offices of profit.

Patel, whose petition has ensured turmoil in the Kejriwal government, spoke to Syed Firdaus Ashraf/Rediff.com about how he unravelled the parliamentary secretaries issue.

When did you feel that there was some wrongdoing in the appointment of parliamentary secretaries?

Arvind Kejriwal appointed these parliamentary secretaries on March 13, 2015. I read about it in the newspapers. In June, I read a book by S K Sharma, a former Delhi assembly secretary (Delhi Sarkar Ki Shaktiyan Aur Seemayen).

According to the book, the appointment of the 21 parliamentary secretaries was illegal as they come under an office for profit.

On June 19, I filed a petition with the President's office regarding this unconstitutional appointment. The very next day (June 20), the AAP cabinet ministers met.

They decided during the meeting that all these new parliamentary secretaries appointed would be kept out of the office of profit.

They passed the bill without following any Constitutional procedures and sent the bill to the lieutenant governor (Najeeb Jung) who sent it to the President who rejected the bill.

Did you feel there was a malafide intention in the appointment of these 21 parliamentary secretaries?

After I read S K Sharma's book, I felt there was some wrongdoing. Constitutional expert Subhash Kashyap said these posts of parliamentary secretaries were unconstitutional. They come under the office of profit. Therefore I filed the petition.

Arvind Kejriwal says these 21 parliamentary secretaries did not receive a single rupee as salary. What do you have to say about that?

The office for profit definition is very broad. Only economic benefit is not considered. If you get a post, then it automatically comes under the office of profit.

Once you are appointed as parliamentary secretary, your status rises compared to other MLAs.

These parliamentary secretaries have got well-furnished rooms with air-conditioning and LCD TVs. These are benefits.

And once you are attached to a ministry, then you are a decision-making authority and money is a secondary thing.

These 21 MLAs were attached to ministries. (AAP MLA) Madan Lal was attached to vigilance and Sandeep Jha to transport. They now enjoy the status of ministers.

Legally, how many parliamentary secretaries could Delhi appoint? 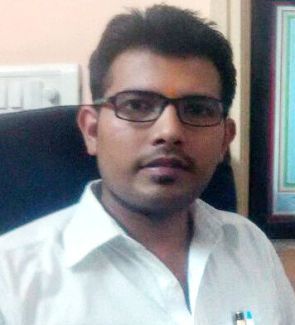 IMAGE: Prashant Patel refutes claims of working at the behest of the Bharatiya Janata Party.

Arvind Kejriwal says other states too have parliamentary secretaries.

Other states drafted a law, then they appointed parliamentary secretaries.

Delhi is not like other states, it is a Union territory. If they want to bring a new bill, they need to take the approval of the central government and the lieutenant governor.

Only after that can they pass a bill. The LG (lieutenant governor) is the main administrator of Delhi. The chief minister does not have that many powers.

Maybe Kejriwal was unaware of the rule as he is new to politics.

He is a learned man. He is an expert on the Constitution. He wanted to accommodate his MLAs in the Delhi ministry.

I just want to ask Kejriwal one question: If the BJP and Congress are wrong, does that mean even you will do wrong things?

If he is following them, how can he be honest?

What is your opinion about Kejriwal?

He is a learned man. He is from the IRS (Indian Revenue Service). He has read the Constitution, still he misused office to benefit his MLAs. He is indulging in political corruption.

He only wanted to grab power by telling people that he is fighting against corruption.

Take, for instance, Gopal Rai's example -- his minister who has been accused of corruption. He had to step down. Kejriwal always said that he is against corruption, but he is also corrupt.

Earlier, Kejriwal said AAP was different from other political parties and that he and his party members would not take cars, posts and bungalows.

Why do his MLAs now wants posts? He is doing the exact same thing that the BJP and Congress did.

So how is Kejriwal different from the others?

Former Delhi CM Sheila Dikshit had three parliamentary secretaries, Kejriwal has 21. So, how can he say he is any different from the others?

Why do you think he wanted to appoint so many parliamentary secretaries?

AAP won 67 seats in the 70-member Delhi assembly. The rule says that not more than seven ministers can be appointed in Delhi.

Look at how he deceived even the President. Kejriwal appointed 21 parliamentary secretaries on March 13, 2015. I filed this petition on June 19 and Kejriwal called a cabinet meeting on June 20.

On June 23, he passed the bill stating that these 21 parliamentary secretaries will be kept out of office for profit. And they showed in the meeting that this bill was passed on February 14, 2015. They backdated the entire procedure.

This means he deceived the President of India too.

Do you have any political leanings?

I am a law abiding citizen and I saw there is political corruption. AAP has violated the Constitution and therefore I challenged it.

You are from the Hindu Legal Cell. There are allegations that you are doing this at the BJP's behest.

The Hindu Legal Cell is an independent trust of advocates. It is not related to the BJP.

Does it mean that anyone who speaks for Hindus is associated with BJP and the RSS (Rashtriya Swayamsevak Sangh)?

Many advocates are members of this cell which is an independent trust. I have said many things against the BJP too in the past.

Do you feel these 21 MLAs will be dismissed? 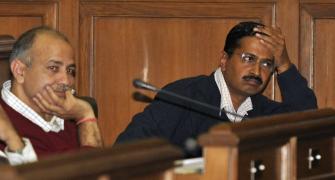 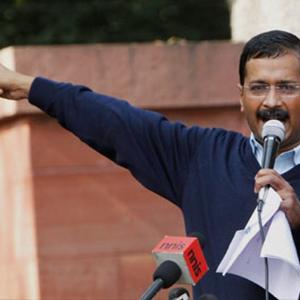 Your fight is with me, don't trouble Delhi people: Kejriwal to Modi 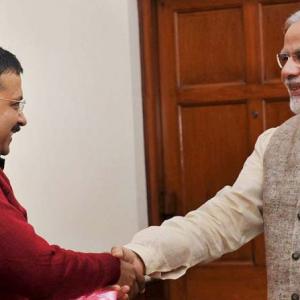 Modi unable to digest defeat in Delhi: Kejriwal after bill is rejected