'This is the beginning of a big campaign which may last a hundred years of trying to understand the human body in detail.' 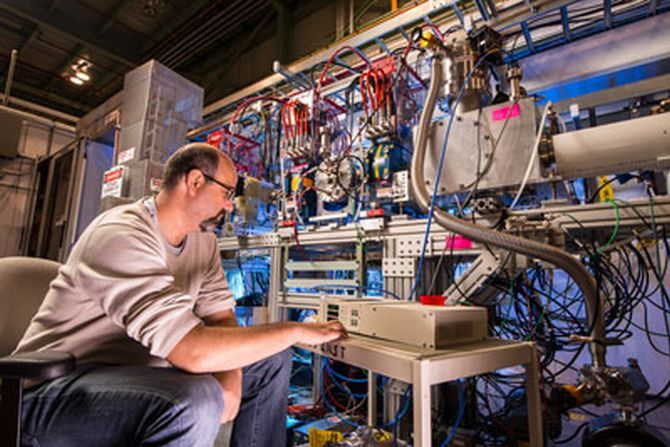 Unknown to most, a new Indo-American collaboration with outcomes that can change the way we view life itself, this billion dollar project seeks to address some of the most fundamental questions.

Nigel Lockyer, director of the iconic Fermi National Accelerator Lab in Chicago and the man credited with spearheading the discovery of the fundamental particle 'Top Quark', explains to Pallava Bagla how his facility and the Bhabha Atomic Research Centre, Mumbai, have embarked on making a novel accelerator that could one day even lead to the creation of designer human beings, while on the way it may also help India tap its vast thorium reserves for a clean energy nirvana.

What is state of the understanding we have of the universe?

We have barely scratched the surface for an understanding of the universe, the nirvana of science in the future is going to be in the next 20, 30 years when major discoveries are likely.

At present, India, especially the Bhabha Atomic Research Centre in Mumbai, is collaborating with the United States to develop a new type of accelerator that uses super-conductingtechnology.

This new accelerator will have many applications and one of the applications is called a free electron laser, which allows you to look at the behaviour of soft materials at very small time scales like, say, in femto-seconds.

Which means getting to understand what life is?

This is the beginning of a big campaign which may last a hundred years of trying to understand the body in detail and then you know what the scientists are going to do with that.

So what will the understanding lead us to?

They are going to take this new knowledge and tweak it,and just like we engineer plants today, we would be engineering new materials.

We will start engineering the body itself. The future of science will be making our lives better, and we will use the technologies we are developing today, jointly with India, to make a big difference to the world.

Do you think Indian and American scientists can together create better human beings?

Indian scientists and Indian businessmen are already walking that way now and there will be a continuum in the future. The young Indians will all be excited by these possibilities.

What is this project that India and the US are embarking on to utilise India's vast thorium reserves?

The project is an accelerator technology project, driven by India's Department of Atomic Energy on one part and with Fermi Lab. They are getting together to design a couple of accelerators using the latest technology which will impact materials science and energy generation.

This accelerator that BARC and the Fermi Lab will make to try and tap energy from thorium -- has it been attempted anywhere in the world ever?

This is a US-India partnership; we are working together on it. This thorium energy utilisation is the goal on the Indian side of the collaboration.

The American goal is different -- to use similar accelerators to understand the basic physics of fundamental particles of matter.

The accelerator that will be jointly developed will use the latest technology. Some extra technologies need to be developed so it is a research that will drive India into a new space what are called 'Accelerator Driven Systems.'

This will be the state-of-the-art accelerator that uses super conducting magnets to derive the energy of the future.

These new ADS machines you are talking about, I hear, have many advantages like they can be switched on and off at will and may not suffer a Fukushima-type nuclear accident?

These are indeed very safe since when you turn off the accelerator everything just switches off, that is the basic idea.

Thorium is an element that India has a lot of and you can use an accelerator to add neutrons to the thorium so that it generates energy and electricity.

Can India and America work effectively in collaborating in areas of high technology? Are the two countries natural partners?

India and America are two big democracies, and there is a tremendous interest in education and in particular science education. Everything starts with basic science.

The fact that young people in both countries get attracted to science is the knowledge economy of the future. It will be less and less about natural resources and more and more about the grey matter one is born with.

Do India and America have complimentary talents that can blossom in the future?

In both countries the culture matches well. Americans drink coffee, Indians drink tea that is a complimentary thing, I guess; we get our tea from India and maybe Starbucks will flourish in India.

As you know the very big corporations in the United States are all run by Indians and the impact of India's culture in America is huge. More than that, Americans love Indian food.

Prime Minister Narendra Modi has left a deep mark in America after his speech in the US Congress and his good relations with President Barack Obama will drive India and America towards a tighter embrace even in science and technology.

So is the future bright for Indian and American scientists?

IMAGE: A particle accelerator at the Fermi Lab in Chicago. Photograph: Fnal.gov 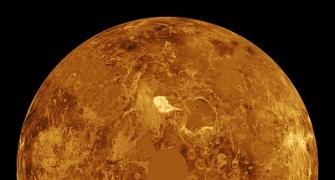 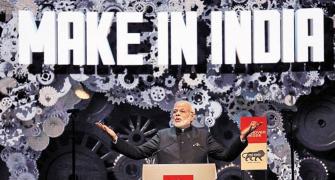 Will not just 'Make in India' but 'Innovate in India': Dilip Shanghvi 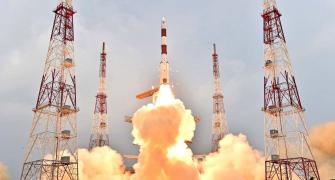 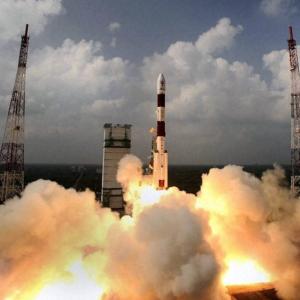