'The only way to contain this is to see that a lesser number of people are affected.' 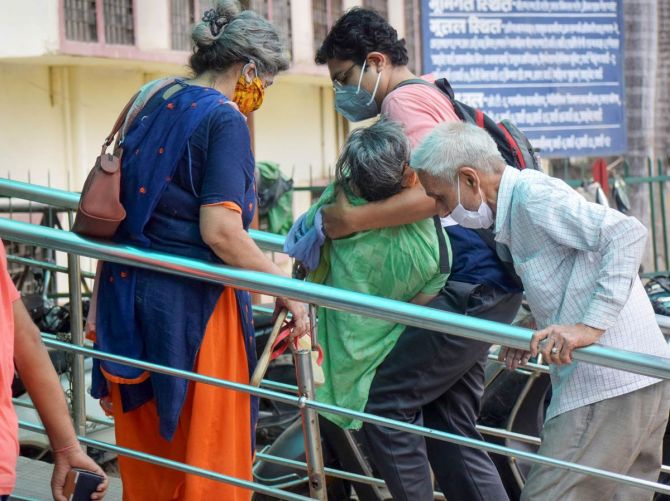 The visuals coming out of Uttar Pradesh are shocking.

A daughter weeping beside her dead father outside a hospital where she didn't get a bed for him or oxygen in Lucknow.

Wrapped bodies lying on the floor of a crowded morgue in a Lucknow hospital.

A snapshot of a crowded Noida testing centre, where token numbers go up to 770 and beyond.

An elderly man strapped to an oxygen cylinder waiting, without hope, in a car in Lucknow for a bed as his SpO2 dips to 31. He died a short while later.

The shores of the serene Ganga in Varanasi, where crowds and crowds of people are bringing their dead to the Manikarnika Ghat.

The 'COVID tsunami', as described by a UP doctor to the BBC, that is devastating Uttar Pradesh needs very little deciphering.

When COVID-19 cases started shooting up in Uttar Pradesh sometime in late March 2021, the health system began to crumble.

Critical care specialist Dr Mayank Somani, who is the CEO and MD of Apollomedics Hospital, Lucknow, in Part II of his interview to Vaihayasi Pande Daniel/Rediff.com cautiously comments on the COVID situation in Lucknow and Uttar Pradesh. 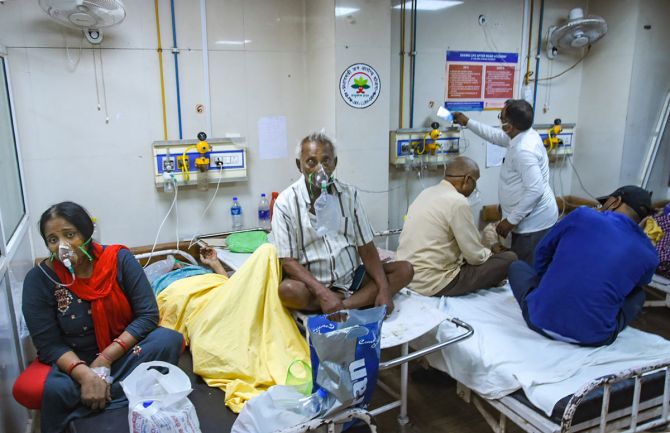 IMAGE: Patients share beds and medical oxygen at the LLR Hospital, amid a shortage in supplies due to a surge in cases in Kanpur, April 21, 2021. Photograph: PTI Photo

Do you feel that the case numbers are accurate for Lucknow? Or should one assume a margin of error?

There can be marginal errors.

Certain patients turn out to be negative on an RT-PCR test (reverse transcription polymerase chain reaction test). But they are actually COVID-19 positive. There's a certain amount of false negativity which is inherently there with any test.

There are being genuinely labelled as (suffering from) some other disease despite being COVID-19 positive. 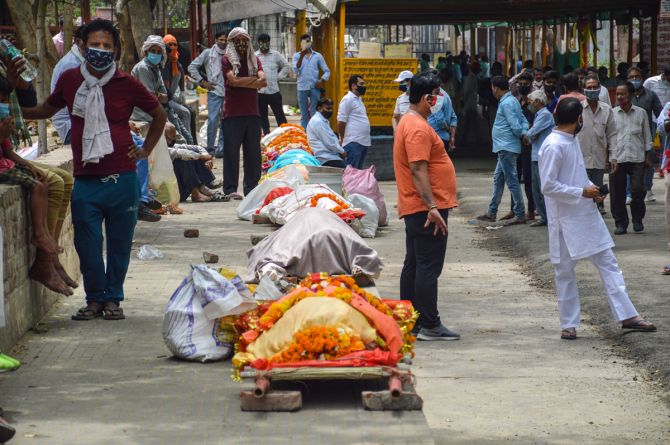 Are COVID-19 deaths are being labeled as something else as well? And the death counts are not entirely accurate?

There could be marginal errors is something I would go with (how I would say it).

I wouldn't go with saying that the death count is not real (false). I am assuming there is only a certain margin of error and that's something which we can factor in. IMAGE: Workers and family members carry the body of a COVID-19 victim at the Hallet Hospital in Kanpur, April 21, 2021. Photograph: Arun Sharma/PTI Photo

Towards the end of last year, India was doing so well, The death count was relatively low. But that's all changed. No longer can we say that we have a low death count. The numbers are rising rapidly?

Deaths are a certain percentage of cases and the absolute number of deaths (must be looked at in the context of the total number of cases).

If I have 100 people suffering and I have a 2 per cent death rate, then only two people die.

If I have one crore people suffering and our death rate is 2 per cent, then 2 lakh people die.

We need to understand that possibly the death rate is very similar even now. I don't think that it's deadlier. 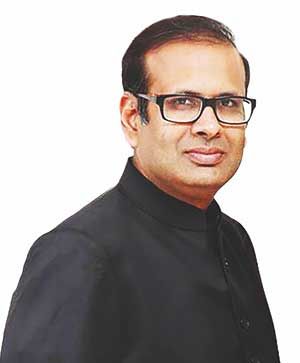 It is just that the transmissibility is so much higher and therefore, the absolute number is higher. If you look at the death rate, it will still hover around 1.5, in 2.5 in India. IMAGE: Workers and family members, not wearing PPE, perform cremation of those who died of COVID-19 in Kanpur, April 20, 2021. Photograph: PTI Photo

So, the death rate is still a small percentage of our total population and the total number of cases?

We are hearing about a lot more people being affected.

The only way to contain this is to see that a lesser number of people are affected.

That's something which everybody -- as an individual, as a government, as a leader, as a journalist, everybody will have to understand -- how can you get infected.

Rather than playing a blame game -- (accusing) the individual who doesn't wear a mask, or the government that it keeps doing rallies etc, etc or that journalists are not making enough noise or are ineffective -- everybody will have to pitch in. 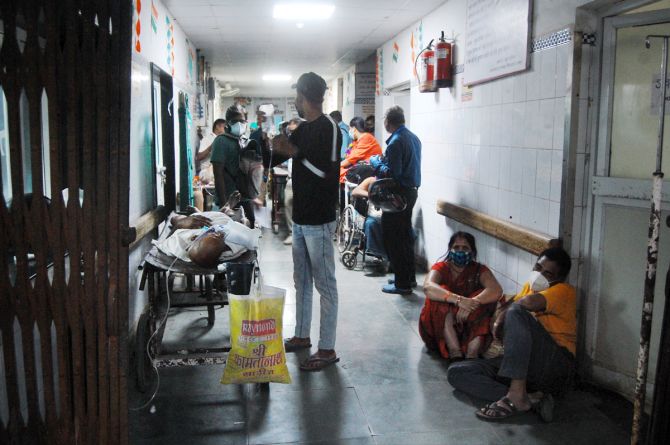 You are suggesting it is still a small percentage of actual cases. But there were so many people who didn't have to die. And are dying because of the pressure on the health system -- stress on the beds, ventilators and the oxygen supply. So, that is still an additional number?

There is no way anybody can deny that. Even the government cannot deny it. Because the reason is that there's not enough beds and not enough ventilators.