What Patel perhaps symbolises most today are the near lost virtues of a firm political will and a solid sense of national unity, says Anirban Ganguly.

Long before the people of India were compelled to worship one political clan, long before political charlatanism had become the order of the day among those who glibly profess to be only serving a larger social cause, there was another leader who had ensured our unity and integrity with great determination.

It is strange that Sardar Patel, except for brief mentions on official occasions, is hardly remembered or discussed today when his relevance seems to be growing by the day. When the nation totters from one crisis of leadership and governance to another, when myopic regional satraps daily shake the unitary foundations of the state, when public life seems to have become the avenue to a swashbuckling lifestyle, Patel's inspiring and corrective example outshines that of many others.

And yet so forgotten is the man that the house at 1, Aurangzeb Road, in New Delhi in which he lived for four years and toiled to weave together the physical fabric of the nation remains unknown and unsung. The right to erect memorials in the national capital must necessarily be the prerogative of one political family.

But perhaps Patel himself would have discounted the need for a memorial, especially one that would commemorate his life. He saw himself differently, 'I have considered myself a soldier in the service of Hindustan', he said in 1949, a year before his death, 'and I shall be a soldier to the end of my life. May I cease to exist when I deflect from this path of service.'

In an era when the Indian politician wallows in a sense of personal plenty, Patel's fastidiousness was the stuff of legend. One of his associates, later to briefly become prime minister, recalled how Patel as Union minister paid out of 'his salary for telephone calls made to PCC chiefs. Even Congress funds were not debited.' His daughter and secretary Manibehn kept the accounts.

Unlike the political genre of today, when it came to his kith and kin Patel was the unwavering purist. Sometime in early 1950 Patel's son, Dahyabhai came to Delhi 'for permission to exchange a Karachi company that he and a partner had acquired in 1945' for land in Bombay (now Mumbai) left behind by a Muslim who had gone over to Pakistan. So incensed was the Sardar at the thought that his son had come to the capital to seek favours that he ordered him out. 'Anger rose in me', he later confessed to one of his close associates, 'I told him he was going to get me out of here.' Patel's outburst does sound highly incongruent with the political habits of today.

At a time when the issue of the lack of border infrastructure is still debated, deflected and delayed and the lessons of past wars seems to elude us, Patel's handling of the issue comes in as an example. In the last week of October 1947, when Pathan tribesmen had already begun their raids in Kashmir, Patel summoned the central PWD minister N V Gadgil and pointing at the Jammu-Pathankot area on a map instructed that the '65 mile road between the two towns had to be made capable of carrying heavy traffic within eight months.' He had perceived that the battle would be prolonged.

When Gadgil protested that the 'rivers, rivulets, hills and mountains' were not so obvious on the map and that the task would be herculean, the Sardar simply said, 'You have to do it.' Against great odds over 10,000 workers were mobilised from Rajasthan in special trains, 'floodlights enabled night work, labour camps, dispensaries, mobile cinemas and markets supported the drive' and the task was completed on time.

Unlike the present dispensation, on Pakistan, Patel's stance was one that needs reiteration today. In a tête-à-tête with Liaquat Ali Khan in 1950, Patel minced no words when he told the visiting Pakistani premier, 'I am convinced that the two countries have to seek their own destiny but that destiny is in our hands.' But 'whatever the course of relationship between the two countries may be, I for one am not prepared to shed the ambition to see India great and prosperous. That would have to be achieved whether we remain friends or otherwise with Pakistan.'

So indispensable was Patel's generalship of the freedom movement and the party, that while in detention the Mahatma touchingly wrote to him from another prison sorely missing his brass stack approach, 'My difficulty is that you are not by my sideTherefore I imitate Ekalavya, who, on being rejected by Dronacharya, learned to be an archer by keeping Dronacharya's clay idol before himI fashion your image every day and put my questions to it.'

But what Patel perhaps symbolises most today are the near lost virtues of a firm political will and a solid sense of national unity. On a visit to Kanyakumari, while standing on the last tip of India, after having accomplished his task of weaving unity, he is said to have observed to those accompanying him, 'You are at the feet of Mother India; close your eyes for some minutes and contemplate what lies beyond upto the Himalayas and how all that has been woven into one great and extensive fabric.'

It is as a weaver of that extensive national fabric that the Sardar is perhaps best remembered. It is a memory that requires ceaseless reiteration! 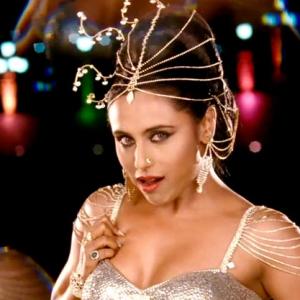 Rani Mukerji: Every girl lusts after a man 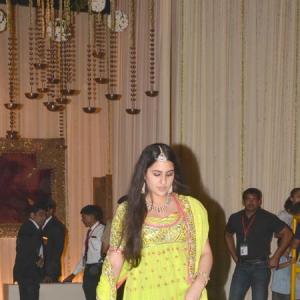