'There will be an instant and positive change in the way Rahul Gandhi is perceived by millions if he says he is not a candidate for PM,' suggests Aakar Patel.
Illustration: Dominic Xavier/Rediff.com 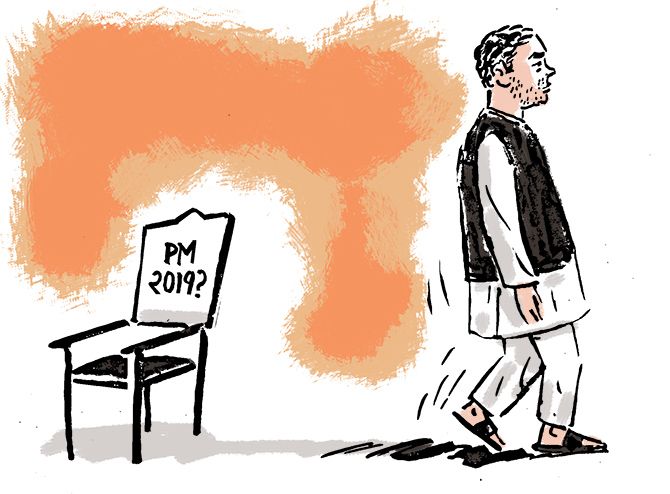 One of the sharpest talents of our prime minister is how he can frame an argument.

He seems to bring something fresh and convincing when he takes up an ordinary subject.

Last week he responded to the Congress claim that he became prime minister only because of the system that Jawaharlal Nehru put in place.

His response was to say: 'I want to challenge them... let some good leader of Congress outside the Gandhi family become the party president for only five years, then I will say that Nehruji really created a truly democratic system.'

One answer to that is that there was, of course, a non-Gandhi person who was president for five years and that was P V Narasimha Rao, who was also prime minister.

And after him, though for a shorter period, the Congress president was Sitaram Kesri.

But the real point is that Narendra Damodardas Modi is right:

the Congress is like a private limited company, where all the shares are held by one family.

The Bharatiya Janata Party is like a public limited company where the stakes are shared among a much wider group of people, and where merit is more important than family ties.

You can fail often and still remain head of the Congress if you are a Gandhi.

There is no pressure on him to perform.

On the other hand if Modi does not lead his party to a decisive win in 2019, he will immediately face dissent and a challenge from inside.

This is how it happens in all healthy political parties in a democratic framework.

And so what Modi has said about the Congress is a fact and it cannot be disputed.

The question is whether his challenge or advice is worth following for the Congress as a party.

I think it is.

And I do not think it needs to be exactly what Modi says, which is to say give up the party presidency.

Even if Rahul Gandhi says he has no intention of becoming prime minister, he will bring credibility to himself and his party that is currently lacking among large parts of the population.

Sacrifice is one of the most powerful symbols in our society and someone who gives up power and possessions, as Mahatma Gandhi did, is automatically elevated in the public imagination.

Sonia Gandhi was able to transform her image in 2004, when she said the same thing after defeating the BJP.

Those of us who are old enough to remember that time well will know how different her image was before that moment.

The current Congress president has often said that for him the political battle is about the kind of India that Hindutva is producing.

He fears for the future because of the hatred and violence and wants better for his country.

This is an admirable thing to say.

But if this change in direction of the country is the main thing that he is seeking, he should have no problem in setting his personal ambitions aside.

At least for this election, if not forever.

There is no lack of highly competent people in Congress to run things, in the event, however unlikely it may seem at the moment, that they will manage to win the election.

In fact it will help the Congress build an alliance if they approach other parties without personal ambition.

It will bring great credibility to their idea of a national front if they say that the Gandhis are not interested in the office of power.

There will be an instant and positive change in the way Rahul Gandhi is perceived by millions if he says he is not a candidate for PM.

And it will help his party also, because it will increase the stakes for outsiders, who will feel motivated to invest more time and effort and money in the party.

I am not for one moment saying what I am because of any issues with Gandhi himself.

I have never met him and he could well have it him to be a good or great leader.

Certainly he has the right to run for whatever office he wants to because we are a democracy.

I am saying that he should consider what the PM has said positively.

He should assess whether in taking up that challenge he helps his cause and his party.

I think he does.

Of course, we must accept that the Gandhi family has sacrificed more for this nation than the leadership of any political party.

Two of their leaders have been assassinated and for the family to remain in politics must take great courage and determination.

They deserve respect, which they do not always get.

They are abused casually and easily by people like Modi without acknowledging what they have suffered.

Would their prestige be restored by another act of sacrifice and renunciation?

I think it would. 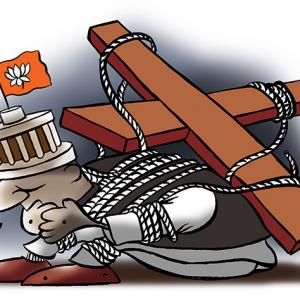 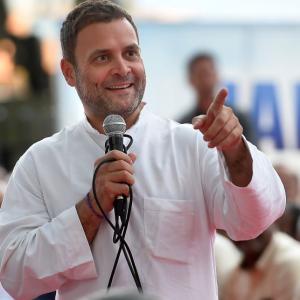