News
Business
Movies
Sports
Cricket
Get Ahead
Money Tips
Shopping
Sign in  |  Create a Rediffmail account
Rediff.com  » News » View: In a way, India has given moksham to Kasab

View: In a way, India has given moksham to Kasab

If Ajmal Kasab had spent his youth in solitary confinement, away from people and society, that would have been the biggest punishment India could have meted out to the terrorist, feels Shobha Warrier.

The way I shunned all television channels on November 26, 2008, the day Mumbai was struck by Pakistani terrorists, I was forced to switch off the television on November 21, 2012 too. The proceedings on both days were too painful, too disturbing and unbearable, for me.

In 2008, one felt how could a group of people shower bullets mercilessly on innocent people who were possibly unaware of the hatred and cruelty that existed in the world? Probably, the only young man, who was caught strutting about in Mumbai with an AK-47, also may not have been aware of the enormity of what he was doing; a misguided youth.

What shocked and disturbed me on November 22, 2012, was the jubilation all over the country. It was as if the death of an individual had brought in so much joy to so many people. Not just death, but death by hanging.

One wondered, would those who unabashedly celebrated the hanging of this misguided youth expect the dead to come back?

Would the dead or those who lost their near ones get any justice by killing one more person? I fail to understand the war cry for justice and the justification of taking an eye for an eye.

I read that there were celebrations on the other side of the border by a group of terrorists when innocents were being shot down in Mumbai. Similarly, when the news of this young man's death was made public, there were firecrackers and jubilation here.

The truth is he was just a pawn in the hands of some intelligent, smart and extremely cunning minds and they are safe and secure wherever they are.

If anyone thinks that hanging a misguided young man will be a lesson to the masterminds, it is foolish.

Every day, so many young jihadis travel to foreign countries and fight for so-called 'justice'. They fight and die as jihadis. It does not matter to the masterminds whether the jihadis die during their 'mission' or are hanged afterwards, like Kasab was.

Also, does anyone think that this will act as a deterrent to all terrorist activities in Pakistan, Afghanistan, and even in India?

By a strange coincidence, I was reading Who Killed Daniel Pearl? by Bernard-Henri Levy, the French philosopher and best-selling author, when 26/11 happened. The book was so thought-provoking, and the incidents that occurred in Mumbai so chilling, that in those days I tried, rather unsuccessfully, to comprehend the mind of a terrorist.

No one in the world has answers to questions like: What drives a man to become a terrorist?

What makes him kill innocents ruthlessly?

Does he really believe that his act will achieve the 'cause' he dies for?

Events show it is not only poverty and unemployment, but something more, something very compelling, that makes a man or woman turn to terrorism.

Let us take the case of Omar Sheikh, the alleged mastermind behind the abduction and ruthlessly murder of The Wall Street Journal reporter, Daniel Pearl. Omar Sheikh was not born in a poor country or into a poor family. He was not illiterate or unintelligent. He was born into a family that migrated to London from Lahore in 1968. He studied at one of the best schools in London on a scholarship and then went to the London School of Economics.

In the end, intelligent, educated men like Omar become masterminds while immature youngsters like Kasab become pawns in their hands.

Do these masterminds care if he was killed in some encounter or hanged? After all, they were sent here to kill and then get killed.

Capital punishment, especially death by hanging, is so barbaric, that no civilised community or country should be doing it. That apart, is killing someone who committed an act, fully expecting to die during its execution, a punishment?

If this young man were to spend his youth in solitary confinement, away from people and society, that would have been the biggest punishment you could mete out to him.

Look at Sarabjit Singh, who was captured in Pakistan when he was in his early 30s. Today, he is an old man. His best years were spent in the confines of prison, he lost his youth and life in the bargain. Here in India, in a way, you have given moksham (release) to Kasab.

I am reminded of an incident (which was made into a touching film, Perumazhakkalam, in Malayalam) that happened in Kerala a few years ago. A Keralite was jailed in the Middle East and was facing execution for killing another Keralite.

The wife of the condemned man pleaded for mercy with the widow as that would save his life under the law in that country. The widow had the magnanimity to forgive her husband's killer, the man who had turned her into a widow and made her child fatherless.

It needs a lot of courage, compassion and determination to forgive someone and forget his sin.

Imagine, if this country were to change one misguided youth from a dreaded killer who killed even children without remorse or repentance into a human being with feelings, that would have been the biggest message it could send to the masterminds of such atrocious and barbaric acts. 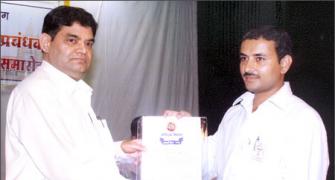 View: Why I am saddened by Kasab's hanging 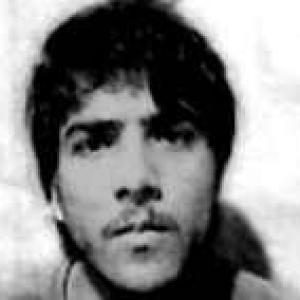