'Mahatma Gandhi, even for those on the extreme Hindu Right who believe he founded the politics of Muslim 'appeasement', is suicidal to target,' asserts Shekhar Gupta. 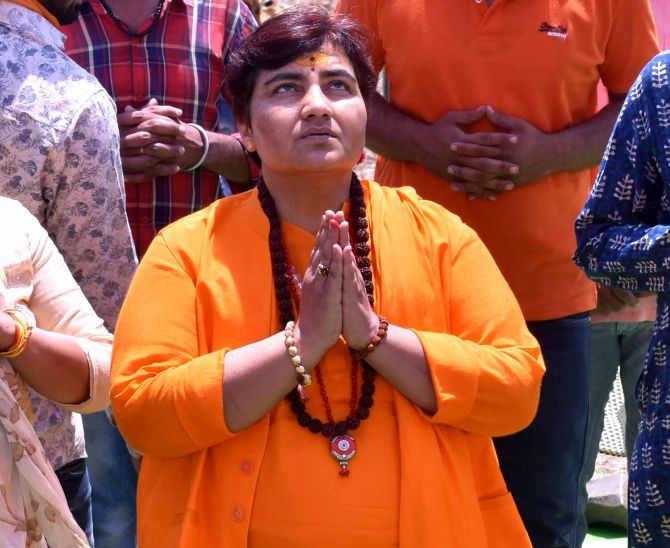 We have to acknowledge 'Sadhvi' Pragya Singh for one achievement.

She has succeeded in doing what no one has yet been able to do to Narendra Damodardas Modi and Amit Anilchandra Shah: Put them on the defensive.

She also managed to do another thing her party brass truly hates: To lose the power of deciding headlines.

After brilliantly using the strategy of changing and controlling the headlines for five years, the BJP ended the campaign with just the one they didn't want.

For the first time in this the entire duration of their public lives yet, Mr Modi and Mr Shah were given a case even they found indefensible.

A few of the BJP's Twitter-happy usual suspects, including Minister Anantkumar Hegde and IT cell head Amit Malaviya, initially jumped to her defence or to take 'the debate on Gandhi and Godse forward'.

The last five years have shown that the BJP can defend or dismiss as irrelevant anything offensive by a party person against anyone, individual or community.

This includes an 'Ali versus Bajrangbali' bigot, why should there be electricity on Eid but not on Diwali dog-whistle, a 'Modi ki Sena' claim, the 'illegal immigrants are termites' slur, the Rahul the 'Pappu" has now brought his "Pappi"' (Priyanka) crack.

But taking on the Mahatma, forget it.

Some might do it in whispers, debate his 'blunders', blame him for Partition, but in drawing rooms, goshthis or shakhas.

Not after having spent the past seven decades distancing your ideological parent RSS from his assassination.

Here, a prized, saffron-clad candidate, a Hindutva icon undertrial in a terror case you fielded and defended with the usual 'innocent until proven guilty' line, is calling the Mahatma's assassin a patriot.

You do not take on the legacy of a man you also hail as the Father of the Nation.

Not in the year of his 150th birth anniversary when you've so successfully taken away the Congress party's original icon.

The prime minister himself takes great pride in escorting his foreign counterparts to landmarks associated with the Mahatma, rode the train in Pietermaritzburg, blogged on the 89th anniversary of the Dandi March, held forth in Champaran on the centenary of that satyagraha, got photographed spinning the charkha in Sabarmati and made Gandhi's familiar, rounded spectacle frames the logo of his precious Swachh Bharat programme.

This, from Pragya Thakur, who actually counts for a big cipher either in vote-catching ability or the party's moral positioning, was a vicious kick in her prime minister and party chief's guts.

They couldn't even complain, because they are the ones who consciously pulled her out of nowhere.

Why, was explained by Mr Shah at his press conference with Mr Modi.

He said it was his party's 'satyagraha' against the Congress party's campaign to malign the Hindus by inventing the bogey of saffron terror.

The first, the reason why it was impossible for his party to distance itself from 'Sadhvi' Pragya: She was their deliberate choice, to make what they see as a principled point.

And second, an irony: Even to explain this political statement, the expression Mr Shah used was a Gandhian trademark: Satyagraha.

When you employ the unique form of non-violent protest Gandhi gifted to mankind to defend your choice of a person who hails his assassin as a patriot, you know where you are headed.

Never do the wrong thing even if for the right reasons is a good principle, in life or politics.

The BJP has a bone to pick with Digvijaya Singh, we know.

He has been the Congress party's most vocal spokesman on 'Hindu terror'.

He has also gotten ahead of himself, raising questions about New Delhi's Batla House encounter and the sacrifice of yet another heroic police officer, Mohan Chand Sharma, decorated with a posthumous Ashok Chakra for that encounter, like Hemant Karkare in 26/11.

Later, he also spoke in endorsement at the release of a book calling 26/11 an RSS conspiracy.

In the BJP's view, he deserved to face the most prominent face among the radical Hindu activists arrested on terror charges.

Until late last month, when Pragya Thakur made her first headlines by calling Hemant Karkare names and claiming that he died because she put a curse on him and his family (we should remember that his shattered wife also died six years after his death in 26/11, incidentally on the anniversary of the September 29 Malegaon bomb blast), and then boasted she had climbed the dome of Babri Masjid to break it, quick damage control was done.

Partly by sending her on a maun vrat (vow of silence) and partly by counter-attacking Digvijaya and the Congress for having 'similarly insulted' Mohan Chand Sharma.

Her praise for Godse now leaves her party no place to hide.

Since 1989, the BJP has pursued a sharp strategy of slow and controlled escalation.

At any point of time, beginning with the early days of L K Advani's Ayodhya movement, a more extreme 'fringe' has been cultivated.

In the course of time, some are dumped.

Some are mainstreamed, from Uma Bharti to Sakshi Maharaj, Sadhvi Niranjan Jyoti (of Ramzade and Haramzade fame), to Yogi Adityanath.

This worked for three decades, but was too clever to last.

Pragya is only the latest, and the most embarrassing example.

It can't even be described as a misstep, because the party president has himself told us that this was a deliberate, well-thought out move, a satyagraha.

This was an utterly unwise statement of intent, drawn partly from an all-conquering hubris and partly from a misreading of how Indian nationalism has evolved.

It lies in believing that somehow Hinduism (and, by implication, Hindutva) is the primary glue that keeps India together, and defines its nationalism.

Further on, it narrows down Hinduism and Hindutva to the RSS-Hindi heartland vision: One faith, one people, one language, one nation.

India is much too diverse to keep its cohesion like this.

All parts of India will resent this kind of Hindu-isation, an immune reaction will kick in, setting off a centrifugal rash.

This runs contrary to the vision of our founders who built us as a voluntary federation of states.

There was no one vision flowing from a faith, a scripture or an ideology.

That is why India has not only stayed together so marvellously, but become stronger and more secure with the passage of each decade.

And the ideological state next door, Pakistan, broke up.

India's great gift to the modern world is its comfort with diversity.

This, in a world where different cultures find it increasingly difficult to co-exist, as in West Asia, is a brand value that will have the greatest return on investment, going ahead.

And if India is the world's greatest brand for diversity, Mahatma Gandhi is what Swiss philosopher Carl Jung would call its brand archetype.

Mahatma Gandhi, even for those on the extreme Hindu Right who believe he founded the politics of Muslim 'appeasement', is suicidal to target. 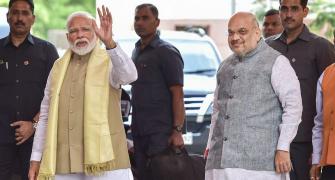 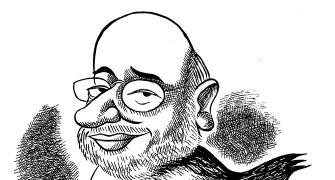 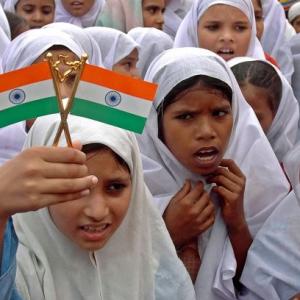