News
Business
Movies
Sports
Cricket
Get Ahead
Money Tips
Shopping
Sign in  |  Create a Rediffmail account
Rediff.com  » News » The idea of ISIS must be challenged 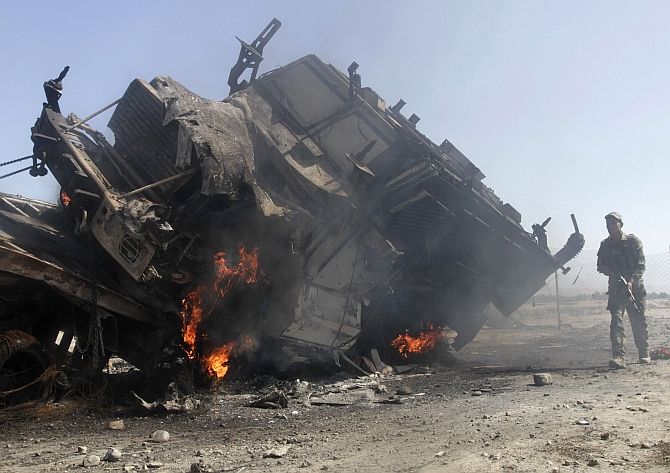 'Islamist terror groups have never been challenged ideologically. As long as their ideology survives, like cancer, these groups will sprout somewhere else, says Colonel Anil A Athale (retd).

So finally after declaring that the United States had no strategy to deal with the Islamic State of Iraq and Syria, President Barack Obama has finally picked up the gauntlet and declared that the US along with its allies will 'disrupt, degrade and destroy' ISIS. It does seem that ISIS's days are numbered.

Let us make no mistake; the US today has unprecedented military power to intervene in any part of the world. Some, especially in the Indian media, have been arguing that mere air strikes by the Americans would not be sufficient and US would need 'boots on the ground' (meaning ground forces). These critics are wrong, given the enthusiastic Shia militia and Kurdish fighters on the ground; there is no real need for the Americans to send ground troops.

Purely from the military point of view, a combination of US airpower and ground forces of Iraqis and Kurds will prove too much for the nascent Caliphate. The open spaces of Iraq are ideal for use of air power. The ISIS does not also seem to have any anti-aircraft resources.

As the news of the persecution of the Yazidis, a small non-Muslim sect in Iraq, trickled in, the US was in a dilemma, for the ISIS was possibly its own creation to topple the Bashar al-Assad regime in Syria. The problem was further compounded when ranged against ISIS were forces close to Iran (Iranian advisors are reported to have been active in the fight as also Shiaite militias) and Kurds.

The anti-ISIS coalition was thus seen as anti-Sunni (US allies like Saudi Arabia, Qatar etc) and made the Turks uneasy as Turkey's Kurdish separatists would be emboldened. It was indeed a Hobson's choice for the US. But the public beheading of the Western prisoners seem to have been the last straw as public opinion in the West pressed for action.

The American action, though belated, is laudable and deserves world support, especially from India as the 'disease' of extremism has affected some Indians as well -- what with reports of some Indians joining ISIS.

One must point out three flaws in the American strategy.

The first criticism of the American approach is the unilateralism. President Obama, taking a leaf from the two 'Bush presidencies' has decided to act as part of a 'coalition of the willing,' mostly Western countries or American allies in the Middle-East.

It is true that the US does not really need the military support of other countries, but politically, if the US had gone through the United Nation route, its actions would have even greater legitimacy.

This is not a mere nicety, but would have squashed the murmurs that the US acted only to save Western lives or it was some imperial design. These whispers will grow even louder once bombing begins in earnest and there are collateral civilian casualties, as there are bound to be.

Getting the UN Security Council nod for the action would have lent greater legitimacy to its actions. A debate in the UN would have also forced the 'fence sitting' Islamic countries to take side openly. And finally, it would have strengthened the UN which has seemed to be a mere bystander.

The second flaw in the current approach is the excessive focus on eliminating the ISIS leadership. The US has been following this with Al Qaeda, the Somali terrorists and elsewhere in Yemen. This is possibly what Obama meant by 'disrupting' the outfit. This ignores the fact that Al Qaeda or ISIS or various radical outfits in the Islamic world are less an organisation than an 'idea.'

The elimination of the ISIS leadership may seem a shortcut to operational success, but hardly does any long term damage to the insurgent outfits. No sooner has one leadership been eliminated, a new one emerges.

The biggest flaw in the US as well as other countries (including India)'s approach to the Islamist terror groups is that they have never been challenged ideologically.

As long as their ideology survives, like cancer, these groups will sprout somewhere else. I have been arguing for the last 20 years or so that what the world faces is Islamist insurgency.

The Islamic insurgents are out to change the existing world order and replace it with global Islamisation and impose Sharia worldwide, howsoever bizarre and impractical it may seem.

Using this Utopian ideal, the Islamist insurgents garner passive support or sympathy of a large part of the two billion plus Muslim world.

Recognising this is the first essential step in dealing with it. The world has to, in unequivocal terms, counter this notion and reject the idea of a uniform world. Pluralism and diversity is a law of nature and cannot be undermined by a monolithic ideology.

It would be a mistake to think of ISIS as moronic desperados. ISIS has carefully conformed to Islamic principles that give the right to declare jihad only to a State, hence the declaration of ISIS. Further, ISIS's leader has declared himself to be the Caliph. Again going by the holy book, Muslims all over the world are under religious obligation to obey his call for jihad.

A little peep into history shows the potency of this. In 1831, Sayyid Ahmed Barelvi declared jihad against Maharaja Ranjit Singh's Sikh kingdom and fought a pitched battle that he lost and was killed by Sikh troops in the end. Contemporary English historians writing about this episode mention that such was the fervour Barelvi generated that Muslims from far off Kerala flocked to join him.

The only time post 1857 that the Muslims joined the fight against the British was almost a hundred years ago in the Khilafat Movement to save the Caliph of Turkey after the First World War. The potential of attracting support to jihad declared by a State led by a Caliph is indeed great and countries with large Muslim populations ought to be aware of the dangers.

Brigadier S K Malik in his book The Quranic Concept of War talks of striking terror in the hearts of enemy as one of the central concept of jihad. The critical themes of Brigadier Malik's work is that 'just war' or jihad in Islam is inherently spiritual warfare, religious warfare, and to the extent that Islamic forces have spiritually prepared themselves, they will 'strike terror into the hearts' of Islam's enemies.

This terror as Brigadier Malik describes in detail, is 'both physical and metaphysical, because Islamic warfare is intrinsically part of a cosmic struggle for the reign of Allah's will on the earth between the forces of God, Dar al-Islam, and that of Dar al-Harb, those who dwell in darkness and ignorance.'

'Anyone charged or interested in the defence of reason and freedom of conscious should study the Quranic Concept of War for its intellectual and strategic ramifications,' said US Army Lieutenant Colonel Joseph C Myers on October 10, 2006.

The history of warfare indeed is witness to the conquests of Genghis Khan and Taimur that were facilitated by terror tactics (Taimur would create mounds of human skulls outside cities) as any tactical brilliance. Cities after cities surrendered without a fight as news of the terror spread ahead of Genghis Khan or Taimur's march. There is, however, one major caveat.

For close to 4,000 years of human history before the Industrial Revolution, the technology of warfare was static. The principal weapons remained the sword or mace/javelin and mobility was provided by horses. Thus there was very little to differentiate in terms of weapons technology between the barbarians and the civilised. Genghis Khan would not prevail against the power of machineguns or fighter aircraft. The only recourse for terrorists is to play on soft headed votaries of human rights that will not accept the use of force even against murderers.

It is here that the world ought to evolve a consensus that the protection of the Geneva Conventions on War should be available only to those who follow civilised norms of behaviour and not to terrorists masquerading as 'religious fighters.'

The silence of the current Indian government is understandable as it will tread cautiously for not wanting to be accused of being Islamophobic. But the silence of the secular brigade is indeed deafening. 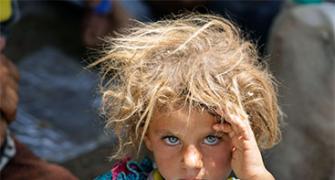 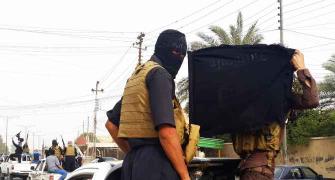 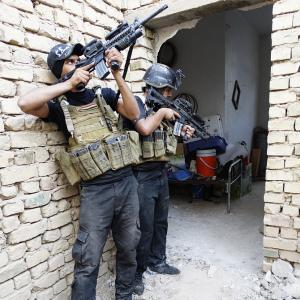 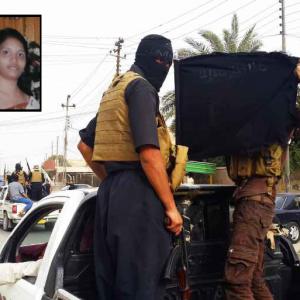