Straws in the wind from China

An article in the official organ of the Chinese Communist Party reveals China's thinking on the security environment in its neighbourhood. It may indicate a shift in thinking towards strategic cooperation and operation of soft power by China, writes D S Rajan

A signed article in the latest issue of Qiu Shi (Seeking Truth) dated October 14, the theoretical organ of the Chinese Communist Party, is notable for its account of the current status of relations of the People's Republic of China with neighbouring nations including India and an indication of the nature of emerging perspectives in China on the subject. Written by Zhou Fangyin, the write-up addresses the basic question -- why in recent years some frictions and disputes have continuously appeared in China's ties with neighbouring countries, and why discordant voices have been heard. It traces both prevailing favourable and unfavourable factors for China's security environment in the neighbourhood specifically relating to India, Vietnam and the Philippines, and prescribes policies which China should adopt to deal with the emerging situation.

Referring to the Sino-Indian border dispute, the article alleges that India several times has dispatched additional troops to the 'disputed' border region and speeded up migration into that region; it also charges Vietnam, the Philippines and other nations with continuing to take various measures including construction activities aimed at asserting their 'sovereignty' over the reefs in South China Sea occupied by them. According to it, China-Australia ties have also witnessed 'twists and turns' as a result of a chain of events -- the China Aluminium Company's failure to acquire the Rio Tinto firm, trade secrets violations by the Rio Tinto staff in Shanghai, and the Australian issuance of visa to 'Xinjiang Independence' elements like Rebiya Kadeer despite China's opposition.

The 'most important' negative factors contributing to China's frictions with neighbouring nations, which the article identifies, are: (1) the complex nature of China's geographical environment, with the country having the largest number in the world of 'diverse' neighbouring nations; (2) China's border issues with neighbouring countries being the 'historical legacy', for eg, Sino-Indian border issue, the Diaoyu (Senkakus) issue with Japan, and the South China Sea question. Also, some countries are attempting to actually occupy the disputed areas taking advantage of China's pacifist policy, so as to create a fait accompli against Chinese interests and strengthen their positions in the border talks; (3) the changes in the balance of power in the region as a result of China's rise, for eg, Japan's leading economic status in East Asia is getting challenged and to restrict China's growing influence, it is developing a joint approach with other countries. Also, India is not convinced about China's rise and so, looking from a political and security point of view, the unresolved border issue dividing them would mean that their ties cannot become quiet within a certain period in future; and (4) The US alliance system, comprising Japan, South Korea, and Australia and partnerships with the Philippines, Thailand, Singapore, India and Pakistan; the US wants to prevent China's rise and its impact on China's neighbourhood environment cannot be ignored, though there is a degree of uncertainty in this regard.

The article also lists the following favourable factors in respect of the security environment in the periphery:  (1) the improvement in China's comprehensive national strength; though frictions with neighbouring nations could be its by-product, the extent and scope of such frictions would be limited as such nations may find that in the long run, it would be in their interests to improve ties with China; (2) China's increasing economic influence in the periphery through trade and investment which will be a stabilising factor for neighbourhood security; and (3) the substantial reduction of uncertainties in the minds of countries in the neighbourhood over China's strategic intentions, which has come about due to Beijing's policies like the New Security Concept and Harmonious World, roles in regional integration mechanisms and initiatives like the establishment of Free Trade Zones. As such, the trends regarding the surrounding environment are on the whole improving.

The Qiu Shi write-up in the end lists the following measures for adoption by China for the purpose of improving the security environment in the periphery: (1) China should seize the current opportunity to further enhance its overall strength which will influence the creation of a favourable peripheral environment; (2) the PRC must maintain the stability in its ties with the US, which is the only world superpower having a great influence over the Asian region, especially over the policies of Japan, South Korea, Australia and Southeast Asian nations. China has the potential to challenge the dominant position of the US in future and the latter as such will not change its China policy for a long period of time, but Washington also needs cooperation with Beijing in international affairs and it would be in the US interests to maintain stability in its ties with China; (3) The PRC must adopt good-neighbourly diplomacy with an aim to expand its influence in peripheral nations. Though it enjoys certain influence in the surrounding areas, the same is not compatible to China's overall strength. Economic cooperation still remains the main pillar of China's neighbourhood policy, but Beijing should also build 'highly stable' political and strategic cooperation with neighbouring countries, which can stand the test of changes in international environment; and (4) China must strengthen its soft power capabilities, so that the surrounding nations become aware of its friendly international image. At the same time, it should strive to attain a balance by maintaining its strategic deterrent force.

Notwithstanding Qiu Shi's disclaimer that the writer does not represent its views, the very fact that the article has been found worthy for publication in an authoritative party mouthpiece, could appear significant. Unmistakably, it conveys some idea about China's current thinking about its neighbourhood policy including towards India; significant is Beijing's apparent recognition that something has gone wrong in its relations with countries in the periphery.

From the point of view of India, notable is the absence of any rhetoric in the article while commenting on the Sino-Indian border issue, unlike what has recently been seen in other party publications like the People's Daily and Global Times. The explanation could be that the writer has done a serious study, with no requirement for rhetoric.

The article's assessment that due to the boundary question, Beijing-New Delhi relations may not be a quiet one for some more time needs to be noted by India. Also worth paying attention to is the connection made in the write-up between China's neighbourhood security and the need for stable relations with the US. India, Vietnam, the Philippines and other countries having territorial disputes with China, should study carefully the suggestion that the PRC can extend its economic cooperation to strategic sectors in order to allay the misgivings among the surrounding nations.

It is clear that at least some thinkers in China are revisiting China's neighbourhood policy. They now seem to prefer more strategic cooperation and operation of soft power by China, while insisting that they should not be at the cost of the country's strategic deterrence. The question whether this will actually lead to some course corrections by Beijing, is difficult to answer at the moment. Strategic issues continue to bedevil India-China ties and it would be important for New Delhi to carefully monitor the meaning of such pronouncements emanating from China. India should continue with its 'engagement policy' towards the PRC, while simultaneously working towards securing its strategic interests. 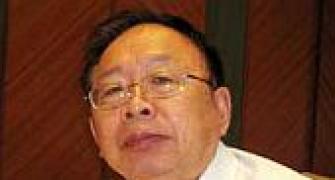 If India and China cooperate, it will be good... 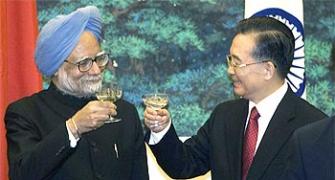 Why India should rake up the Tibet issue