Give this fact that the middle class is not responsible in India and cannot be trusted to lead, it is remarkable that our legislature, even given all of its vulgar traits, has performed as superbly as it has, notes Aakar Patel.

The first column in a series as India celebrates the 60th anniversary of the first sitting of the Joint House of Parliament on May 13.

Three things strike me about our legislatures.

First, India's Parliament resembles a tribal assembly. It exhibits the signs of our half-literate culture. If the outsider were to observe our assemblies in action, he would note the following:

1. Emotional content is high (there is shouting, and people speak over one another)

3. Groups function on tribal instinct (voting is along party lines instead of intellectual division)

4. Parliamentary decorum is seen as mere suggestion. Respect for the Speaker, who is reduced to pleading and repeating her pleas in the manner of a teacher, and the speaker, who is often shouted down, is low.

Indians who watch the debate in the House of Commons know it as a different gathering from ours, not just in setting but also form.

First, there is harmony. During the debate on phone hacking, British Prime Minister David Cameron answered around 140 individual questions in about two hours. That is more than one individual question asked and answered every minute. There is no waste of time, unthinkable in the Lok Sabha.

The focus is on debate, on exchange, on words, on intellectual content.

Second, there is respect for the other side and there is decorum. To signal to the Speaker that he wishes to speak, an MP must stand briefly (and silently) and immediately sit. Many do this over a dozen times before they're noticed. The Speaker gives them the opportunity to speak by saying he 'recognises the Honorable member from XYZ'. He shuts them up, on the rare occasion that he must, by saying 'we are most grateful'.

In India the humour is rustic, in England there is wit.

The best writers in British journalism -- Frank Johnson of The Daily Telegraph, Simon Hoggart of The Guardian and Matthew Parris of The Times -- are parliamentary sketch writers.

If you are unfamiliar with their writing, I suggest you give them a try. Their job is to describe events in the Houses of Parliament every day they are in session. Because the material they're reporting is first rate, their writing is packed with gems of reportage and of observation, even when no big bill is being discussed.

In India parliamentary debate is not worth reporting, because the quality of the speeches is poor. Consider it of a piece with the comments sections of Indian Web sites, which are uniformly poor in content, also being high on emotion and abuse.

English medium Indians are familiar with famous parliamentary sayings, such as Winston Churchill's 'We shall fight on the beaches' or Franklin Delano Roosevelt's 'The only thing we have to fear is fear itself'.

How many of these sayings are Indian? None.

If we were to name one memorable Indian parliamentary speech, we would be forced to reach for a moment instead of a speech, and pick Jawaharlal Nehru at midnight.

Rhetoric is not an Indian device. We have no tradition of speeches in history, like the funeral oration of Pericles or Ronald Reagan's Brandenburg Gate speech ('Tear down this wall').

Sticks and stones may break our bones, but words do nothing for us.

If we were to read the Constituent Assembly debates (the Lok Sabha sells a handsome green five volume set), we know that it was different 60 years ago. But those men were trained by and had spoken alongside British speakers from the parliamentary tradition. Time has eroded that generation.

The second thing that occurs to me is this: Most of the legislation required to make India a modern State is already on the books. We have economic freedom, religious freedom, judicial independence, regular and free elections at all levels, and freedom of association.

These are the big ones. The current demand is for minor changes in law, for instance opening up retail to foreign investment, or simplifying labour law. These will not significantly alter India.

Parliament's job is to legislate, not govern.

My point is that our politicians have delivered on this legislation and I would say the role of Parliament in making India a great nation is over.

Nations can turn completely modern or revitalise themselves in 20 years. Witness Japan after the Meiji restoration and then again after the Second World War. Also Germany after the First and Second World Wars. I don't mean their military aspects, I mean their ability to properly educate and productively employ all their citizens.

We have not been able to do this and it is not possible for India to do this. My explanation for this is that the fault is in our culture, and at the level of the individual. I have written about this at length in my columns elsewhere and will not introduce the subject here on Rediff.com.

Let us say that mobilising the State or writing more legislation will produce limited, at best incremental, results. To the extent Parliament can do this, I think it already has.

The responsibility now rests with us, individuals, to make India a nation we can open to the world without shame.

That brings me to the third aspect and it is that our great legislations have come without public debate. The middle class and the media were focussed on Bofors before and the Babri Masjid after the 1991 election. Emotional, immaterial things excite us. The economic reforms, which were transformational, were slipped in on the side.

There are other instances, such as the nationalisation of banks, the monkeying around with words in the Constitution (adding 'secular' and 'socialist'), the shameful nuclear weaponisation of an army that cannot afford even conventional ammunition, all without debate or protest.

What is the contribution of the middle class to any of these issues? I would say none.

Give this fact, that the middle class is not responsible in India and cannot be trusted to lead, it is remarkable that our legislature, even given all of its vulgar traits, has performed as superbly as it has.

We have some of the best laws in the world, no thanks to the electorate.

I began by pointing out the peculiar aspects of India's Parliament. While these may make us wince, they are a reflection of us, of our Indian culture. They will remain.

If we change, they will change. But for now, Indians must at least try to live up to their Parliament, which is a better institution than they deserve.

Aakar Patel is a writer and columnist.

Aakar Patel
Print this article
Parliament lets us down again 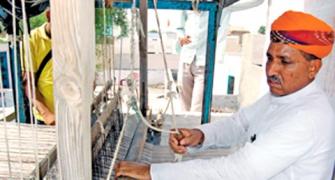 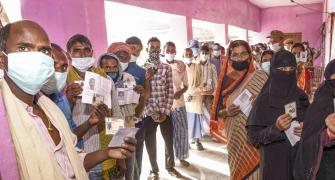 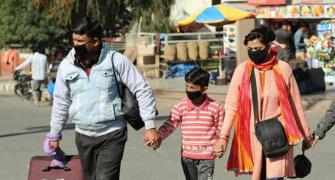 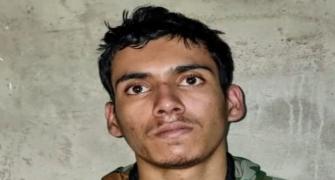 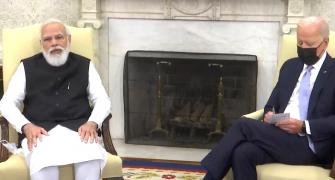