Column: Does India need an NSA?

The best judge to decide on the role and the relevance of the office of the National Security Advisor is Prime Minister Manmohan Singh himself.

Just as it happened, in January 2005, during the interregnum between JN Dixit's demise and MK Narayanan's appointment as National Security Advisor (NSA), a media debate has started again on the role and relevance of the office of the NSA.

That we should have this debate once again, after having had an NSA for 11 years, illustrates what the US strategist, George Tanham, called the absence of a "strategic culture" in India. It is possible to argue that the institution of the NSA has not functioned in the manner originally envisaged by the KC Pant committee set up by the Atal Bihari Vajpayee government.

That the office of the NSA came under fire after the terror attacks of 26/11 can be attributed to the fact that the present incumbent may have given the impression that the NSA is an intelligence czar. That role is now proposed to be assigned to a new counter-terrorism centre under the Union home ministry. Another argument, which was advanced even earlier, is that internal and external security are looked after by home and defence ministries  so why do we need the NSA?

All these arguments highlight the fact that the complex, inter-related and pervasive concept of national security and strategic policy involving various ministries over and above home and defence has not yet been understood. This compartmentalised and limited attitude towards national security resulted in our border infrastructure not being adequately developed and our intelligence gathering capabilities not being up to the mark for years.

The rise of China and the challenge that it poses cannot be dealt with exclusively by either external affairs, or home and defence ministries. Since we are a relatively young nation state -- 63 years old -- and only in the last 18 years India has started interacting with the international community, our political establishment is still to develop an understanding of the challenges of piloting this country of 1.3 billion; rising from a colonial and developing status to the level of a world-class power; facing hostile forces of various kinds.

As the prime minister (PM) has pointed out, we do not live in a rule-bound world. The challenges today are not only the threats of war with some neighbours, but also religious and ideological extremism, problem of failing states in our neighbourhood, organised crime as well as economic and technological competitiveness. Piloting the nation state through this perilous and challenging environment, and advancing the Indian national interest in a comprehensive sense, is the responsibility of the PM who captains a team of Cabinet ministers with component responsibilities. This is the task of national security management.

The PM has a cabinet secretary to assist him in coordinating the civil bureaucracy. He has a Planning Commission to assist him in dealing with development planning. He has a PMO to coordinate and oversee the ministries. He needs an NSA to help him oversee national security planning and in forward thinking.

Just as he shares his responsibility in areas of economy, administration and development with various Cabinet committees, he is expected to share the responsibility of national security management with four other Cabinet colleagues  the ministers of finance, defence, home and external affairs. They, along with the service chiefs, constitute the National Security Council (NSC).

The NSC, like the Planning Commission, is meant to be a think tank for forward thinking and planning, with inputs, both in-house and from outside. This is the simple, straightforward and compelling justification underlying the NSC and its executive arm  the NSA.

This responsibility of the PM is inescapable, so also the need for the council and the office of the NSA. This responsibility cannot be delegated by the PM to the different Cabinet ministers, since that is bound to result in sub-optimal management of national security aims and tasks.

The three national security advisers who have been in the office so far, handled their responsibilities according to their individual styles and métiers. Former prime minister Vajpayee made his NSA his virtual deputy. Very rightly, Brajesh Mishra says that the NSA was very powerful and at the same time unaccountable to Parliament and, therefore, he concludes the institution is not suitable for a parliamentary democracy. While his model of the NSA has no place in a parliamentary democracy, though he rendered a very valuable service to the nation using those powers in the field of external relations, an NSA who functions like the Cabinet secretary or secretary to the PM is absolutely vital.

Mishra's successors did not wield the power he did, and there was no problem about their accountability to Parliament since they were official subordinates of the PM. The outgoing NSA held office at the time of radical transformation of Indian security environment and the acknowledgement of India's role in international affairs. There is, of course, a feeling he spent more time on hands-on intelligence administration than forward national security planning.

No prime minister in the past has had a first-hand experience of such national security challenges and their management. The present one has so far faced these relatively successfully. Therefore, the best judge to decide on the role of the NSC and the NSA is Manmohan Singh himself.

Unlike in 2004 and 2005, he knows the persons from whom he has to make his choice. It does not seem as though the PM has come to the conclusion that he can dispense with the post of NSA. He is unlikely to.

It can be asked what the new NSA's role will be if the internal security responsibilities are consolidated and concentrated in the new counter-terrorism centre under the home ministry. It is logical that all intelligence is coordinated under a Director of National Intelligence (DNI). But while DNI should report to the minister in charge of internal security, he should also simultaneously be reporting to the PM through the NSA and should have direct access to the PM. The head of intelligence having direct access to the head of the government is a basic principle of statecraft.

The NSA will have to gather intelligence assessments presented weekly to the NSC and follow up the issues arising out of them with concerned ministries, and report the action taken to the PM and NSC. While the PM and the Cabinet ministers in the NSC are expected to be policy innovators, the NSA, as the official closest to the PM, will be able to guide him on ideas and policies.

The author was Convenor, National Security Advisory Board of India, 1998-2001 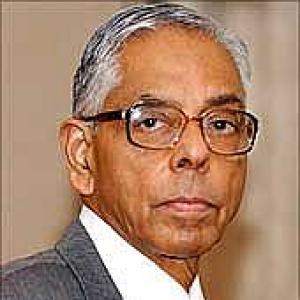