'The Ishrat encounter was neither genuine, nor fake. I believe it was a 'controlled killing,' says Shekhar Gupta. 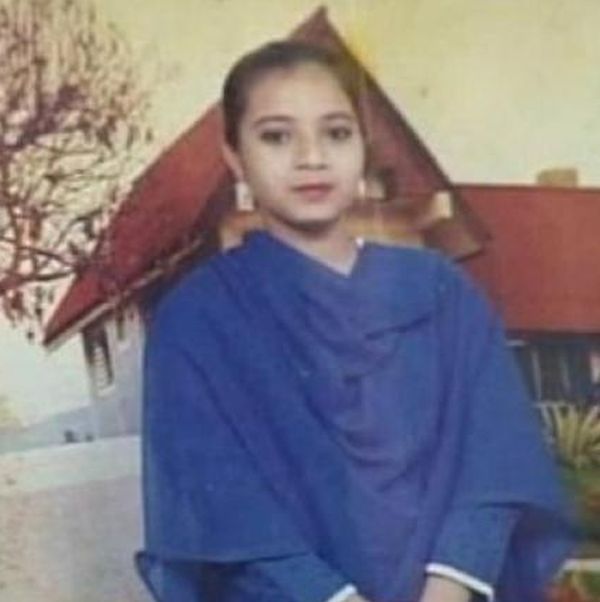 IMAGE: Ishrat Jahan, the Mumbra, Maharashtra, teenager killed in an encounter by the Gujarat police.

First, the three facts that I believe in the Ishrat Jahan story, as it returns into our lives in the course of David Coleman Headley's testimony.

One, Ishrat Jahan, and others killed with her, definitely had serious terror, most likely Lashkar-e-Tayiba (LeT), links.

Two, they were killed in a staged encounter where the Intelligence Bureau and Gujarat police worked together.

Three, and probably the most important, that while the encounter (June 15, 2004) took place when the United Progressive Alliance was in power and the next six IB directors were appointed by it, it started calling the encounter fake and Ishrat an innocent teenager years later when it saw an existentialist political threat developing from Gujarat.

It became so partisan, in fact, that when the first National Investigation Agency details on its interrogation of David Headley in the US were put together, there was political alarm at his saying the Ishrat group was an LeT operation gone wrong.

The references were removed, concealed and denied. All he has now done is bring back that 2010 statement of his.

First, his claims count for nothing. He is a convict, a double agent who saved his life with a plea bargain in America and in Indian law, by securing a Terrorist and Disruptive Activities (Prevention) Act (Tada) court pardon.

His claims on Ishrat are just a way of paying back the National Democratic Alliance for the pardon. There is, therefore, no change in their original belief that Ishrat was innocent, killed in a fake encounter.

Second, that there is ample evidence now that Ishrat was a member of an LeT gang on the prowl and if the police put them away, where is the problem?

You need to fight terrorists pro-actively. Killing terrorists any which way is perfectly fine, in fact, desirable. You must break the terrorists' morale.

n Third, and which is now emerging as the civil libertarians' tactical retreat position is, so what if they were terrorists? It doesn't sanctify a fake encounter.

All three have weight, but are flawed, on fact and morality. The answers are complex, not TV-debate friendly.

Let's examine these in the light of our three initial facts. First, it was fully believed in intelligence circles under the UPA that Ishrat was part of the LeT. It was also fully believed -- and happily accepted -- that the gang was killed in a staged encounter which, in counter-terror, is 'par for the course.'

It was only in its second term, when the UPA began seeing a threat from Gujarat and its 'special operations group' on Narendra Modi, Amit Shah and their favourite policemen got active, that the 'fake encounter' outrage was born.

It had a dual purpose, nailing the key political rivals, as also exploiting Muslim victimhood electorally. The UPA can deny it forever, but this was pure politics.

The UPA appointed its first IB director within weeks of taking over power in May 2004, also appointed the next one as formidable and familiar as Ajit Doval. The IB was directly controlled then by M K Narayanan, and continued to be so for almost a decade.

There isn't a better known, respected and admired officer in the IB than Mr Narayanan and frankly we haven't heard him call Ishrat innocent, the encounter fake or support the prosecution of IB's Gujarat head, Joint Director (equivalent to an Inspector General of Police) Rajinder Kumar.

I repeat, somebody with his eyes, ears and mind had enough time overseeing this. However khurafati (poor translation, but resourceful, pro-active!) an IB chief might have been, it is impossible that any, including Mr Doval, could put one past Mr Narayanan.

In fact, when the encounter returned to the headlines with the intervention of the courts and the UPA decided -- at the top political levels -- to also arraign Mr Kumar, the first time a senior IB officer was to be tried like this and the inner workings of the organisation exposed, it evoked consternation in security circles.

The senior-most officers, including many respected veterans, protested quietly, and reasoned that this was a perilous course -- and that such encounters were routine, always had bipartisan politician support and should just not be politicised now, whatever the compulsions.

But politics had now fully taken over in all its most awful dimensions. At one level it became a Central Bureau of Investigation-versus-IB war. At the other end, well-known members of the Congress' 'special operations' group invented new theories, such as Mr Kumar having become a 'close buddy' of Narendra Modi when he headed the IB in Chandigarh and that Mr Modi has 'stopped there often on his way to Himachal' which he was overseeing for the Bharatiya Janata Party.

It strains credulity that it took the UPA a decade, three home ministers and five IB chiefs to discover this. Why mince words? It was all cock-and-bull.

It is now exposed and the Congress doesn't know where to hide. It is well known that the Congress has been the most brutal in dealing with all security threats. It annihilated the Punjab insurgency between 1984 and 1993 with covert methods of unparalleled single-mindedness.

If you found Vishal Bhardwaj's Haider so disturbingly realistic in its portrayal of counter-terror operations in Kashmir in the early nineties, remember this, too, was under P V Narasimha Rao's supposedly 'weak' and minority Congress government.

So the simple answer to the Congress is, look who's talking. Or, let's be more specific: Nau sau choohe kha ke billi hajj ko chali (the cat's gone for the Haj after devouring 900 rats).

The silliest argument being made is that the BJP pardoned David Headley and his claims on Ishrat are a part of the deal. Deal-making over David Headley started very much in the UPA times.

If in doubt, see leaked cables from the then US ambassador Tim Roemer on his conversation with Mr Narayanan (wikileaks.org), who says India can't be seen to be giving up an extradition demand, but won't press right now.

Mr Roemer, of course, points out that in US law once a man is convicted, extradition is not possible until the sentence -- in this case 35 years -- is over. So the Indian pardon is a formality.

The civil libertarians have a better case, particularly those saying so what, even if she was a terrorist. No law justifies fake encounters.

This is an indisputable truism. The BJP argument that you can kill terrorists in any manner you choose is morally flawed and legally wrong. My question: Can you call Ishrat's a fake encounter?

Besides the extremes of fake, and genuine encounters (as certainly Batla House, also under the UPA was), there is a third and more prolific category. Intelligence people invent euphemisms for the most awful things. For this they have 'controlled killings.'

From James Bond's Licence to Kill, to the American drones massacring 'terrorists' around the world, the democratic State has given itself the mostly illegal right to take life without trial -- but legally.

Even the Americans have now done this having the president approve every such killing, including, notably, of the odd American citizen (Anwar al-Awlaki in Yemen). I said so in a 2013 'National Interest' ('Body politics,' Indian Express, June 6, 2013) when the Ishrat controversy was raging and commended New York Times CIA reporter Mark Mazzetti's stellar The Way of the Knife on how the CIA had from an intelligence agency become a killing machine protected through a legal framework.

The Ishrat encounter was neither genuine, nor fake. I believe it was a 'controlled killing.' If more such will be inevitable as the terror threat grows, you need to design a legal framework, as Washington has done. Or be like Scandinavia. If it is an illegal and immoral outrage, you need to begin a little earlier, with Punjab 1984-1993, if not the Naxalite phase in 1968-1971. You can't stop at Ishrat either.

Does the name of a Maoist called Azad under the UPA ring a bell?

More controlled killings have been carried out under the Congress than all others in independent India. Nobody can be selective in outrage.