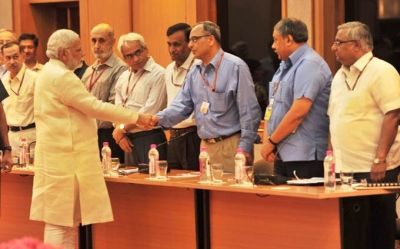 'I have seen in action six prime ministers and ten chief ministers, considered stalwarts in their days, and it is the first time, in all my experience, that a prime minister has gone into such great detail, laying down even the standards of cleanliness that should be maintained in all offices,' says B S Raghavan, former chief secretary, West Bengal.

Prime Minister Narendra Modi has done well in making clear to the newly elected MPs of his party and the secretaries of various ministries his prescriptions on how he wants them to conduct themselves and what he expects as returns for the hundreds of crores of taxpayers' money spent on them.

I have seen in action six prime ministers and ten chief ministers, considered stalwarts in their days, and it is the first time, in all my experience, that a prime minister has gone into such great detail, laying down even the standards of cleanliness that should be maintained in all offices.

Most personages in exalted positions are under the impression that they should keep to what Winston Churchill somewhat sarcastically called 'broad, sunlit uplands of policy', and should not come down to lower domains.

It is also common for most pedantic exponents of management to warn against what they dub as micro-management.

Actually, leadership involves imparting to those whom one leads a full and complete awareness of what the leader demands of them. A good leader also knows that there is only a thin, almost invisible, line between policy and detail: The Devil is in the details and a policy is made up of details.

The implementation gap for which India is notorious, arises because those at the top consider details beneath their exalted status.

A leader should not stop with merely propounding a concept in a general outline; he will also have to take the trouble of conveying the steps along which it can be translated into action.

Unless he does so, a lofty proclamation alone will not fetch results on the ground. It will only lead to what C Subramanian, perhaps the greatest politician-leader-manager India has seen, next to Rajaji, used to call 'announcements without accomplishments' or 'declarations without delivery'.

By going into details relating to his conception of the values of effectiveness, efficiency, responsiveness, integrity and initiative, Narendra Modi has set an example in leadership and management to the entire country.

Modi has thus provided enough evidence to fill the nation with hope that he would be a hard task-master and cannot be tripped or taken for a ride by those around him -- whether they are politicians, bureaucrats or any lobbies or groups.

Now that the MPs, 315 of whom have been elected to Lok Sabha for the first time, have heard from the Leader of the House himself the norms of conduct to which they should adhere, and now that the bureaucrats have been left in no doubt that their performance and capacity for delivery will be constantly under the PM's scanner, the PM's tweet achche din aanewale hain has every chance of becoming a reality, at least in respect of improvement in work culture.

It is time too. The huge expectations of effective governance, people-friendly government and quick service delivery generated by the spectacular triumph at the hustings of the new prime minister will also inevitably rub off on all stakeholders of the new dispensation.

They will have to burn it into their psyche that the summary overthrow of the previous government was the result of the people's rage reaching a crescendo against the heartlessness they encountered whenever they approached anyone in government for help, advice, or redress and the humiliation and harassment to which they were subjected.

They found it hard to tell who was more arrogant: The politician or the official.

I myself, having been a United Nations civil servant and a chief secretary, besides being in public life as a columnist, author and president of bodies devoted to education, good governance and public affairs, have had a taste of the woodenness and callousness of bureaucracy on numerous occasions in the form of lack of replies to communications, inaccessibility, failure to return phone calls, being made to wait for long period past the appointment time, absence after giving appointment and so on.

What concerns millions of the citizens is sensitivity and empathy in these matters, and polite and courteous treatment when they approach public servants.

The biggest threat to the success of Modi is going to be those now occupying high and sensitive positions in the bureaucratic structure and constituting what is called 'machinery' or 'system' of administration.

At least, the first and second levels of all ministries and government agencies should be under those who are spotless and trustworthy, in tune with the policies of the new government, with a proven record of effectiveness in implementation.

No extension of service should be given to the members of the old guard who are to be mainly blamed for the systems losing their vitality and resilience.

In order to ensure that performance is the sole criterion for continuance of a bureaucrat in his job, the PM should set up a Performance Appraisal Commission. It should bring under constant and critical review the performance with reference to objective and professional parameters of officials of the rank of joint secretary and above so as to enable the weeding out of laggards, dead wood and passengers.

Modi should seriously consider the abrogation of the safeguards incorporated in the Constitution guaranteeing security of tenure of higher categories of officials. Instilling a fear of prompt and summary action in the case of poor performance is the only way of making bureaucrats work; they are adepts at getting round mere exhortations and regrouping themselves to set at naught oral or written instructions.

As regards parliamentarians, the prime minister's guidelines are comprehensive. Of particular importance is his emphasis on their developing, by extensive study and the use of Parliament library, familiarity and knowledge in subjects of their choice handled by the ministries so that their participation in discussions in committees or on the floor of the House could be practical and meaningful.

It is this expertise that MPs in Britain acquire by conscious effort over the years that has formed the basis for the Shadow Cabinet, enabling new ministers after every election to run their ministries confidently from day one. A similar device in this country also will be of inestimable value.

As a way of capping all his efforts at cleaning up politics and enforcing accountability of politicians, Modi should move a resolution in both Houses to set up an Accountability and Ethics Committee to go into complaints of lapses from the stringent norms of good conduct on the part of MPs and mete out deterrent punishment including expulsion from the House.

This becomes all the more necessary considering that 34 per cent of MPs elected on the BJP ticket are reportedly facing charges of serious crimes. It would also be a good idea if he declares the first year of office as Accountability Year during which all public officials and even private organisations are required to attend to the people's needs and grievances promptly and adequately, on pain of penal action.

The role of the media advisers of various ministries in helping ministers and officials to have their fingers on the pulse of the people is of paramount importance. They should play this role without fear or favour.

Sonia Gandhi's admission that she had no idea of the people's rage against the Congress does little credit to her media advisers. It is a similar failure that led to Indira Gandhi being in the dark about the near rebellious mood of the people against the Emergency and the excesses of her government and Sanjay Gandhi. 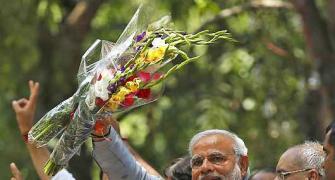 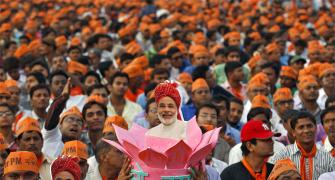 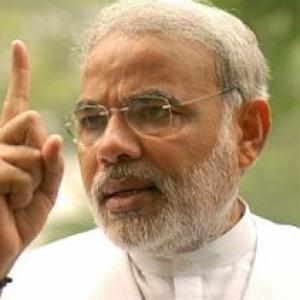 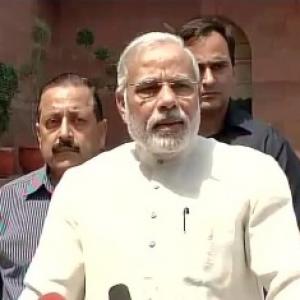