News
Business
Movies
Sports
Cricket
Get Ahead
Money Tips
Shopping
Sign in  |  Create a Rediffmail account
Rediff.com  » News » Are we a nation of thieves? 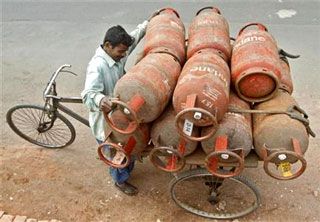 'We think of ourselves as being most patriotic and will come to tears when a song like Ae mere pyare watan or the national anthem is playing, but that is the extent to which most of us will display our patriotism,' says Aakar Patel.

A few months ago, I tried to book a gas cylinder for my home in Bangalore.

Now as many of you will know, it has become very easy to do this in India these days.

You call a number, an automated system registers your request and thanks you for using the service and you hang up. It takes no more than 15 seconds. The cylinder arrives a couple of days later.

This time it did not arrive and I wondered why. I called the Bharat Gas office and was told to submit some financial documents to claim my subsidy.

I said I was not eligible for it and asked what I would have to do to get the gas at full price. I was told to come down to the office, which I did (for the first time) to do some paperwork.

The place was crowded and chaotic and some staffers did not seem to know what the deregistration document, called Form 5, was and where it was stacked, apparently because there was no demand for it.

Anyway, it was presently located and I filled it out. After a little more work, and another trip to the office, I was finally able to get myself deregistered for the subsidy, and got my cylinder.

A few days ago, I got a call from a well spoken man whom I did not know, but who addressed me by name. He was an officer who was calling up people who had deregistered. He said the government had arranged a function the following day, which was Sunday, for people to publicly sign a document giving up the subsidy (in the presence of the minister).

I replied I had already done so, and he said he knew this, but he requested politely that I come anyway and do it again in public. This I declined to do.

I am writing all this because of the government's complaint that three months after the prime minister launched the 'Give It Up' campaign, only 0.35 per cent of consumers have actually given up using subsidised cooking gas.

The minister in charge of petroleum, Dharmendra Pradhan, has been urging middle class Indians since January to pay full price so that the subsidy money reaches the poor alone.

The government loses Rs 207 a cylinder and about Rs 40,000 crore (Rs 400 trillion) in all. So this is one easy way in which the middle class can contribute, but which so far it has not done to any great extent.

Even some members of Parliament and legislative assemblies had not signed up to de register.

Why is this so? I see two reasons. The minor one is that the government makes it difficult for consumers to deregister, as I found out. Booking a gas is easy since the system identifies subscribers through their registered mobiles (which is how I can make the booking on the automated system without knowing my own subscriber number).

It should be just as easy to deregister for the subsidy but it is not. Instead of an automated system there are forms and queues. There is a Web site for deregistration, www.MyLPG.in, and I went there as I was writing this piece, but it was terribly designed and I could locate no specific option to deregister online.

I also accept that if I had not had a problem in getting my gas cylinder that time, I may not have bothered to go to the office because it is too much of an inconvenience.

So if the minister is complaining that the prime minister's scheme is a flop, he must carry some of the blame for it.

But this, as I said, is the minor reason. The major reason is the reluctance of the Indian citizen, particularly in the middle class, to pay his dues. This may be seen as a sweeping statement, but we don't have to go too far for evidence to support this.

Only around three per cent of Indians pay any income tax and these are mostly those who are employed, and whose taxes are deducted.

I often refer to us as a nation of thieves, who steal from our government. Of course we think of ourselves as being most patriotic and will come to tears when a song like Ae mere pyare watan or the national anthem is playing, but that is the extent to which most of us will display our patriotism.

In an instance where we are stealing money from the poor and where the government is begging us to help, we have been found wanting and have let our country down. 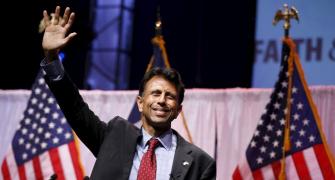 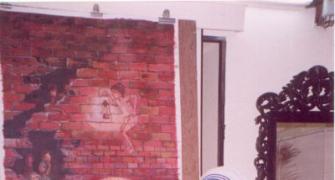 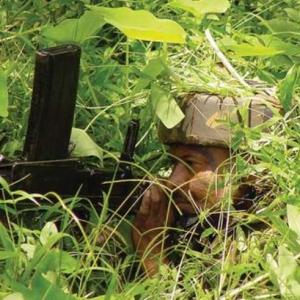 The myth of the Magna Carta