With Koirala no more, Asia has lost yet another grand old man of politics - the likes of him have always been rare.

With the death of Girija Prasad Koirala of Nepal, from prolonged ailments at the age of 86, Asia has lost another of its grand old men of politics who have helped shape the future of their nations and left valuable lessons for others. Leaders like him were rare before and are rare now.

Last year saw the demise of South Korea's legendary Kim Dae-jung, 85, at the end of a chequered political career. In jail or exile for most of his life, Kim became president only in 1998 and remained in power till 2003, but his short presidency changed the country forever. He ensured the end of military dictatorships in South Korea, a long tradition that began with Park Chung-hee, consolidating the foundations of civilian rule that Kim Young-sam had built before him.

This lifelong campaigner for democracy, often compared with Nelson Mandela for his courage and conviction, also transformed his country's economic landscape, weeding out the corruption and vested interests of the chaebols (big conglomerates). Because of him, South Korea today has reached a kind of openness in its politics and economy that will be difficult for anybody to overturn.

But Kim Dae-jung will be best remembered for what's known as his Sunshine Policy, a process of dialogue with the communist North. The historic 2000 summit in Pyongyang with North Korea's Kim Jong-il, which won Kim Dae-jung the Nobel Peace Prize, underscored the point that no nation can be safe by quarrelling with its neighbours. There can be no two opinions that the détente on the Korean peninsula, initiated by Kim, has made Asia a much safer place.

Like Kim, Koirala began his political career as a trade union leader, in the late 1940s, and, like him, rose to become a beacon to his nation. Koirala helped end a devastating decade-old civil war by engaging with the Maoist rebels and rewriting Nepal's history by overthrowing its long monarchical rule and turning the country into a republic. Though he couldn't fulfil his only remaining task, the adoption of a new Constitution for Nepal, these two achievements alone are bound to ensure for him a lasting place in the political annals of our sub-continent and of Asia.

But it's the underlying message of his leadership that's most important. It's this: For a nation to prosper and grow strong, it is essential to remove the causes of internal dissension and strife and involve all sections of the population in the task of nation building.

In Singapore, Lee Kuan-Yew had found this out long ago, and the harmony that has existed among its different communities ever since its emergence as an independent nation is the reason behind the tiny island republic's remarkable rise as a powerful economic entity. Such a levelling of the population, wiping out the concepts of majority and minority, is the great story of Lee's leadership and a lesson for Asia and the world -- a lesson we, in India, have miserably failed to learn.

There are two other reasons why Asia will always remember Lee: his sense of economic pragmatism and his dogged pursuit of efficiency and professional neutralism in the administration. The idea of a government functioning as an incorporated public company is entirely his, which many other economies have emulated since and we in India have only a vague desire to follow. It was his example that guided China on its way to economic modernisation and has today turned it into a global economic power.

Lee stepped down as Singapore's prime minister in 1990, after 31 years in power. Today, at 87, he holds the position of senior minister-mentor, which allows him to watch over his nation's welfare and continued progress. The stamp of his leadership is so evident on every aspect of Singapore's growth from a Third World country to a developed nation that it's now next to impossible for it to go astray.

Four years older than Lee, Japan's Yasuhiro Nakasone is the oldest of Asia's grand old leaders alive. Unlike Lee, though, he is a disenchanted man. During a 60-year career that stretched back to the American-led post-war occupation of the country and ended in 2003, he had seen Japan rise to such economic greatness that he once boasted it was an "unsinkable aircraft career."

He can't say that anymore. The formidable Liberal Democratic Party he had led for so long crumbled in last year's historic elections. Japan's once solid landscape is suddenly fractured. Its ties with the US are weakening and, as Toyota's recent market debacle would suggest, it seems to be losing its competitive edge. All this pains Nakasone and he has in recent interviews given vent to his unhappiness as the government of Yukio Hatoyama struggles to cope with problems of domestic growth, waste, and bureaucracy. But, at 91, he can do very little. 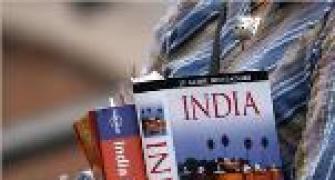 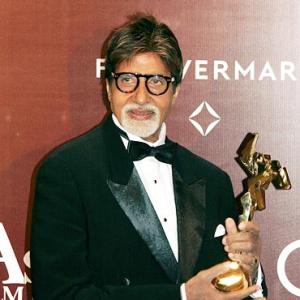