'Masarat Alam is today one of the the undisputed leaders of Kashmir's Islamists. And all he had to do was to get someone to hold up a flag. He has accurately placed us and we can look forward to many more years of this from him,' says Aakar Patel. 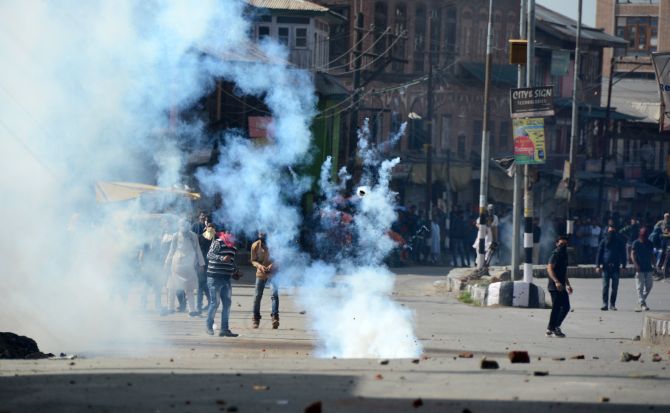 If a tree falls in a forest, and no one is around to hear it, does it still make a sound? Serious question. The proper answer is -- yes it does, but it is irrelevant because nobody is around to care. This question is an experiment on the nature of reality.

An experiment that is quite similar is unfolding in India in the form of a news story from Kashmir. The story, which has brought the entire country together in that spirit of unity and anger which constitutes our nationalism, may be described as: A man held a flag. It is not the flag we want people to hold but a different one. This is the biggest story in India at the moment.

'Man held flag' has become so important that it has totally overshadowed the other two big stories of the week. The prime minister's triumphant return concluding a three nation tour, from where he brought us back lots of gifts (including fighter planes) was one. Rahul Gandhi's slightly more slinking return to work after 56 days of contemplation (did he ponder the question of the tree falling in the forest?) was the other.

But the man who is setting the news agenda in India is flagman Masarat Alam, a Kashmiri separatist who has been sent to jail for a few days again. He must be delighted at how easily he can drive a wedge between Kashmir's ruling parties and how cheaply he can become a national story. Even the Congress, usually seen as a bunch of overly concessional softies, slapped its thighs and demanded retribution against Alam.

India Today reported Congress General Secretary Digvijaya Singh as saying: 'Under what section of the law has the Jammu and Kashmir government arrested Masarat Alam sahab? The government must tell us,' Singh said. 'What they've said and done amounts to waging a war against the nation. They should be charged under the National Security Act,' he said.

Holding a flag amounts to waging war? How? From Singh's wild, over-the-top and entirely excessive comments, India Today picked out the most important part and it was in its headline: 'Congress leader calls Masarat Alam 'sahab'.'

Yes, let it not be said that we are lacking in immaturity and stupidity in India. Our growth rates there are the highest in the world. Meanwhile The Hindu reported that Alam denied doing this: 'A day after being slapped with Unlawful Activities (Prevention) Act for anti-national activities, the hardline Hurriyat leader came out with clarification saying he did not wave the Pakistani flag and should not be held responsible for that. "There was a welcome programme for Geelani. Some youth had (Pakistani) flags there. Why should I be held responsible for it?" Mr Alam, who was released in April 2015 after being detained under the Public Safety Act for more than four years, said.'

'"This is a general trend in the state and not one man's doing. To hold one person responsible for it, I do not think is the right thing," he said.'

I think it says something about us that even a fundamentalist is sounding more reasonable than the mainstream in India. No matter, television has been at it for the last 48 hours and will continue to be on it till someone else figures out this game.

You see, we don't seem to realise that we can gift someone credibility and authenticity so cheaply. Alam is today one of the the undisputed leaders of Kashmir's Islamists. And all he had to do was to get someone to hold up a flag. He has accurately placed us and we can look forward to many more years of this from him.

After the World Cup final, I had written that during the match it was instructive to hear the words of Cricket Australia chairman Wally Edwards. He said: 'To me the highlight (of the World Cup) has been the ethnic communities in Australia coming out to support their teams. The support of the Indian fans in Australia was unbelievable.' Then he spoke about 'Bangladeshis coming out from all over Australia to cheer their team,' meaning Bangladesh.

I had written: 'This is a civilised man in a civilised nation. Imagine the head of the Board of Control for Cricket In India saying that about Bangladeshis in India: The entire village would be out with its torches and pitchforks, Arnab Goswami at their head.' Well, here we are. 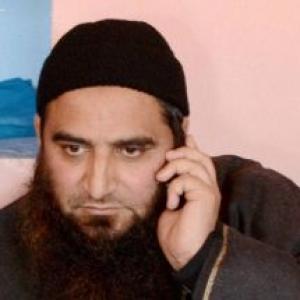 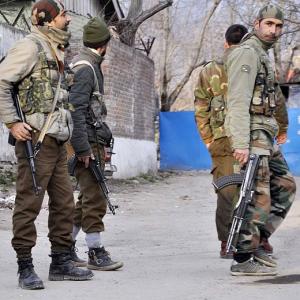