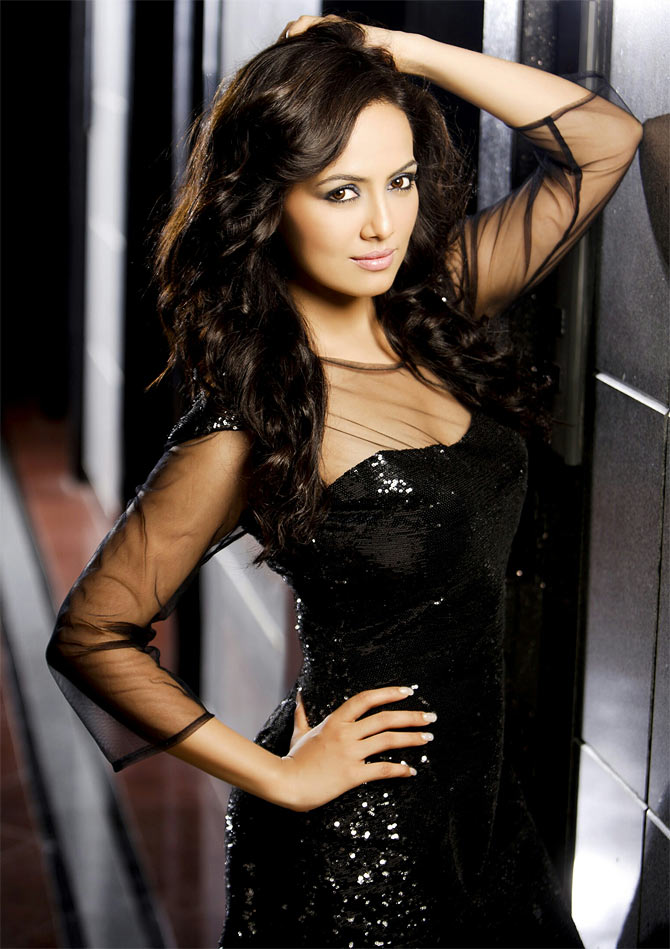 Jai Ho actress Sana Khan talks about the film, and much more.

During the show, Salman developed quite a soft spot for the young actress, and mentored her.

Sana, as she calls herself, is 'controversy’s favourite child', and was once accused being involved in kidnapping a minor girl.

Here, Sana talks to Rajul Hegde about her relationship with Salman Khan, and the controversies in her life.

Were you offered the role in Jai Ho when you were in Bigg Boss?

Salman mentioned the role then, just before the show's finale. Fifteen days later, I was asked to meet them (Sohail Khan, the film’s director and Salman), and was offered the role without any audition.

They told me that after seeing my aggressive behaviour in one of the Bigg Boss episodes, they decided to cast me for this role. They were looking for someone young with a sweet face, to play a negative role.

I had done a couple of ads with Salman before Bigg Boss, but had hardly interacted with him except for ‘hi’ and ‘bye’. But the way we were flirting during Bigg Boss, people thought I knew him very well.

I don’t know how, but just talking to him makes it easier and comfortable. 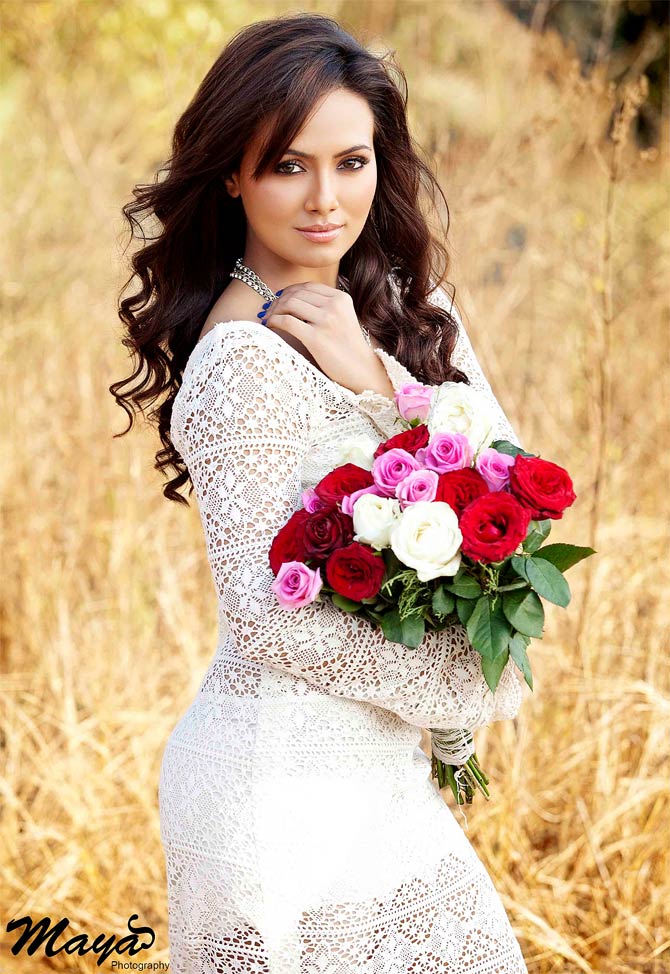 I play a negative character. She's very aggressive, rich, and a powerful politician’s daughter. I am the surprise element in the film.

People saw me as a sweet girl in the reality show, now they will see a contrast.

I have really done some serious acting here. I hope people will like me in this role.

Isn’t it a risk to debut in a negative role in Bollywood?

Like any other girl, I want to be a heroine and do the normal song-dance and romantic films. But that wouldn’t be as challenging as this.

I had some apprehensions when the role was offered to me, but Salman told me to do it, as he said I would be remembered for the role. Salman is known for launching talent and there is no bigger platform than working in his film.

Playing a negative character has clicked for some actors. So I thought it’s worth taking a risk. 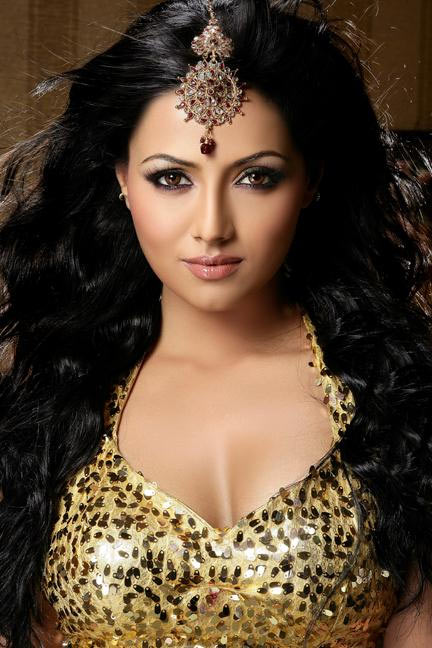 What’s it like working with Salman Khan in a film?

Salman is an amazing person. He encouraged me and helped me deliver the lines. Getting an opportunity to do a powerful role with fine actors like Danny Denzongpa, Tabu and Salman is really challenging.

What was more difficult for me was to yell at him and hate him in the film. My friend says I should get a Nobel prize for yelling at Salman because I am a big fan of his.

I am quite capable of asking him for a picture in the middle of the shoot. I am so disappointed that he is right there in front of me and I can’t romance him (laughs).

Were you nervous during the shooting?

I was very nervous in the vanity van but once I stepped out to shoot, I was calm and confident. I wanted to impress everyone rather than make a fool of myself in front of all the good actors.

'I didn't expect Salman to personally invite me for his birthday' 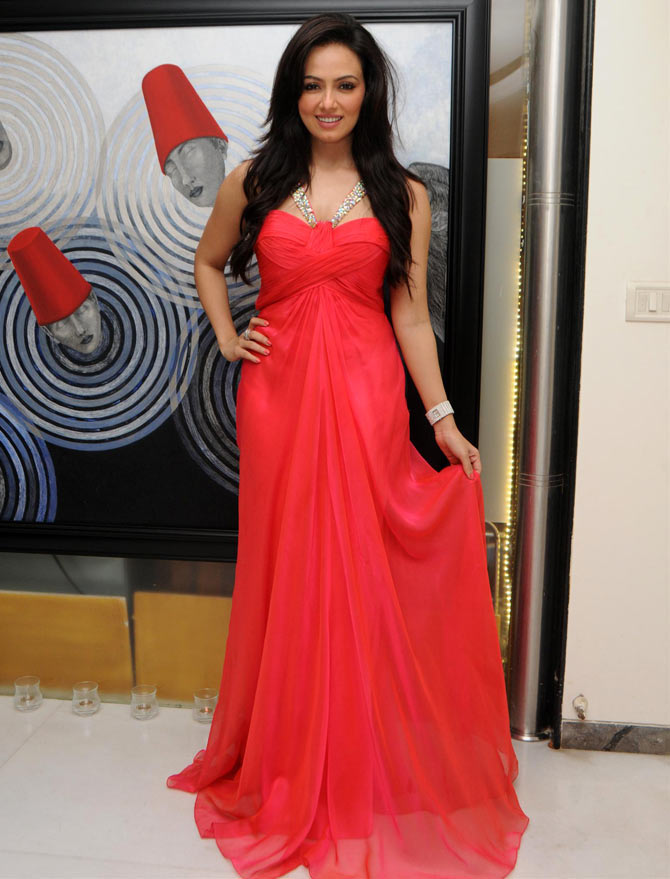 You said you play a powerful role in the film, are you the second lead in the film?

I don’t know how to term it. Daisy Shah is romancing the hero with dance and songs while I play a negative role.

I am certainly not those sidekick types, but play an important role. The problem in the film starts because of my character and eventually gets solved also because of me.

You said you are Salman Khan’s big fan. Were you attracted to him at any time?

Who wouldn’t be? All his fans would be. He is a good looking superstar and above all, a good human being.

Do you hang out with him? You were seen at his birthday party.

Where is the time for him to hang out? We aren't best buddies to hang out together. Many people were invited to his birthday party and I was one of them.

But I didn’t expect him to personally invite me for his birthday. It was really sweet of him to remember and make a phone call. It shows how grounded he is, despite being a superstar.

'Salman always pulled my leg on the sets' 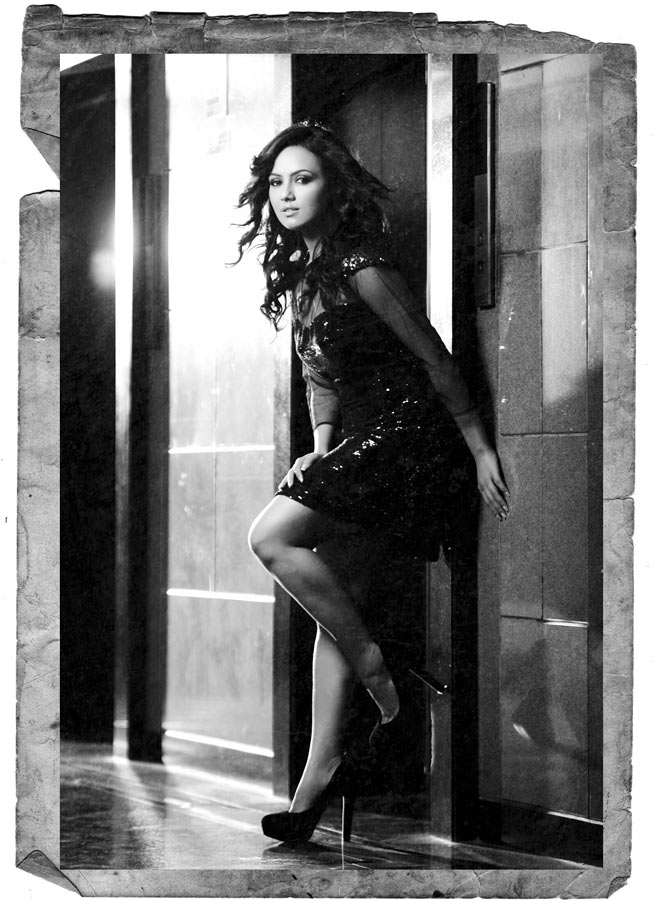 You are not promoting the film along with Salman, Daisy and Sohail.

I haven’t really asked them about it. They are promoting the film and saying good things about me on reality shows.

It really doesn’t matter who promotes the film, ultimately it is the film or the work that speaks.

What’s your equation with Daisy?

I don’t have any scenes with her, but I have met her couple of times. She is a sweet girl; we are cordial with each other. I wish her good luck, because she too is a newcomer like me.

Any interesting anecdotes about the shooting?

Salman always pulled my leg on the sets. He would keep linking me to all the men on the sets and say that guy is enquiring about me.

It was a pleasure to work with the whole team and hang out with him on the set because they create such a light atmosphere.

'After watching Ranveer Singh in Ram-Leela, I have become a huge fan of his' 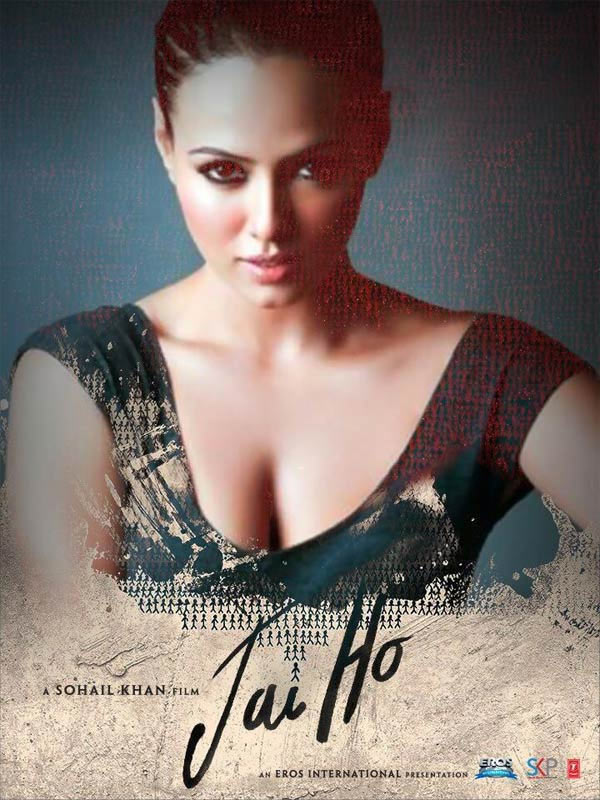 Immediately after the release of the Jai Hoi poster, a second poster of the film with a solo picture of you was out on a social networking site. Salman is said to be promoting you in a big way.

Why would he promote me? It was my portfolio picture and some fan had posted it on a social networking site. I don’t think I need to hire a PR -- my fans are doing the job very well!

Nobody from the team spoke about it because they knew it was not an original poster.

Did Bigg Boss help you get more work?

Yes. Now I have moved to a new address because of Bigg Boss and South films.

Who is your favourite actor, apart from Salman?

Nobody can compete with any of the Khans. After watching Ranveer Singh in Ram-Leela, I have become a huge fan of his.

'I am controversy's favourite child' 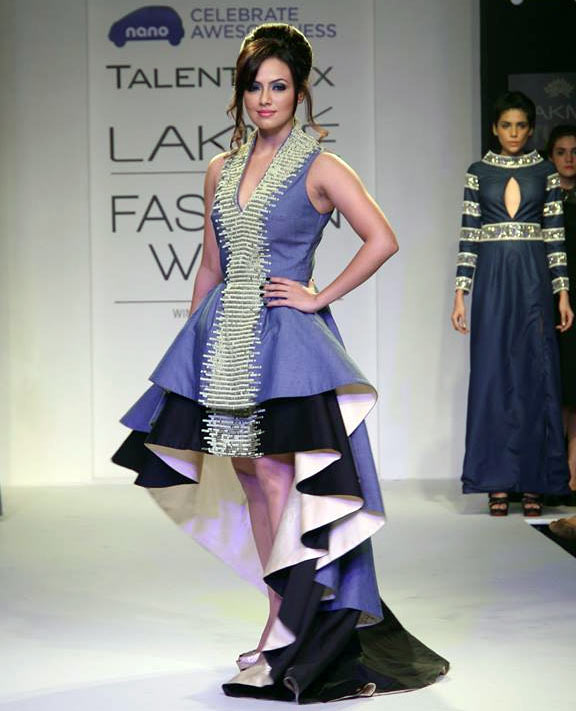 After you got involved in the kidnapping episode, you got into trouble again with the police.

I was driving my car when the car ahead of me banged into an auto-rickshaw. The auto driver felt that I was the one, who rammed into his rickshaw. There were many people surrounding us and to avoid any kind of controversy since people recognised me as a celebrity, I chose to visit a police station and clear the air.

I am controversy’s favourite child. Earlier, I was accused of kidnapping a girl. I don’t know why I am always dragged into it. I don’t know whether the motive is to earn money or just for publicity.

So, what is next for you?

I have got lots of offers for films, reality shows, and ads but I can’t make up my mind. So I thought I should wait for Jai Ho to release first.

I am nervous, fingers crossed, because my purpose in being in this field is to do good work with big banners. I don't want to make hasty decisions and regret it later. I have worked in all the four south Indian languages and hope to do more work.