When horror meets sex on screen 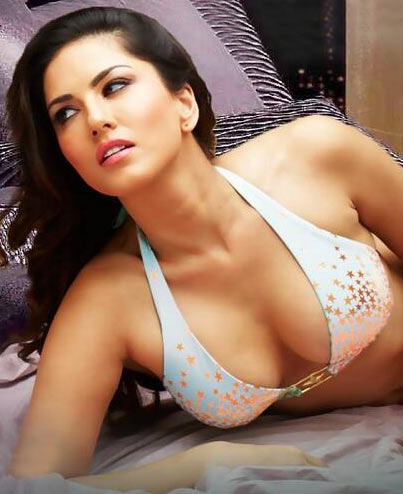 Veeraana, Saamri, Aakhri Cheekh, Puraan Mandir... What is common to these films? For starters, they are all horror films.

They have liberal doses of sex.

And they are all Ramsay Brothers' productions.

The success of these films seems to suggest that the Ramsays have perfected the formula of sex and horror.

They are not the only ones to see the potential of this combination.

Over the years, many filmmakers have mixed sex and horror. Some were successful, others were not.

We take a look at some of the films that have explored this genre.

With Sunny Leone leading the show, it is pretty much expected that erotica will be at an all time high.

The makers (Balaji) are making it loud and clear that the film will redefine the ‘horrex’ (horror plus sex) genre.

With chartbuster songs (Baby Doll, Chaar Botal Vodka) and Sunny doing everything from kissing a woman to faking an orgasm to getting under the shower, the claims could well be true. 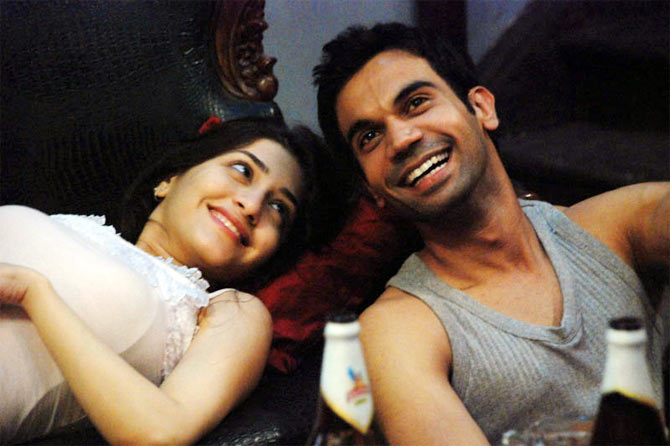 Ragini MMS started as one night of making out for Rajkumarr Rao (then Rajkumar Yadav) and Kainaz Motiwala, with a hidden camera shooting them in the act.

Things turn ugly as the location of all the action turned out to be a haunted house.

An enticing title, good promotion and reasonable execution made the film a surprise success. 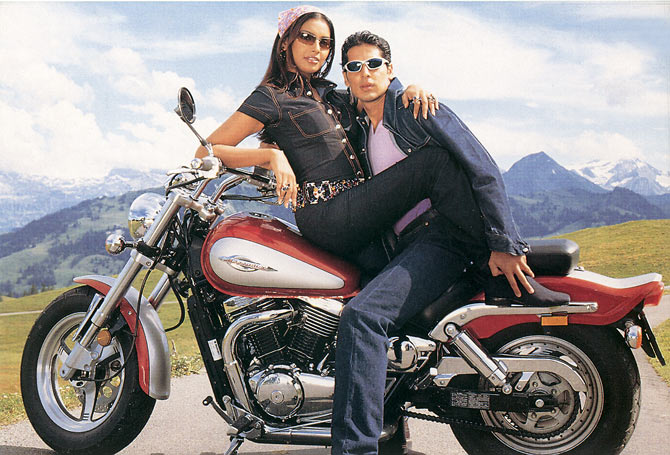 The horror genre was almost dead and the Ramsays had a diminished market. The Bhatt brothers took over the mantle of reviving the genre and Vikram Bhatt was more than happy to oblige.

Plugging in a bhataki aatma into an extramarital affair, the film boasted some eerie moments, Bipasha Basu, fabulous music and, of course, some dare-bare scenes. 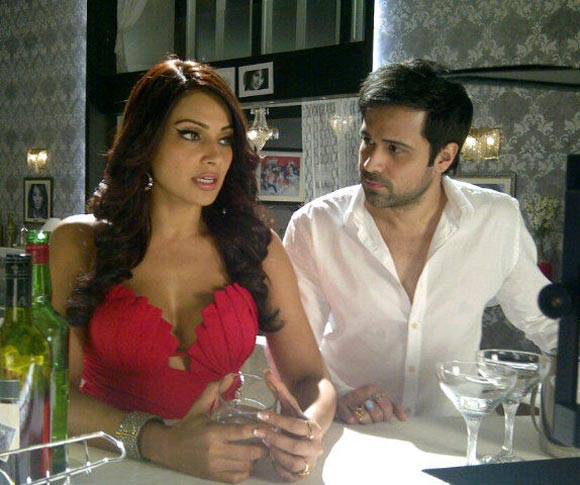 Though Raaz -- The Mystery Continues had no sex, Raaz 3 made up for it in ample measure.

The combination of the Bhatt brothers, Vikram Bhatt and Bipasha Basu struck back with a vengeance.

There was not a dull moment in this Emraan Hashmi starrer, which had equal doses of horror and sex.

Raaz 3 turned out to be a blockbuster. It is the highest grosser to date in this genre. 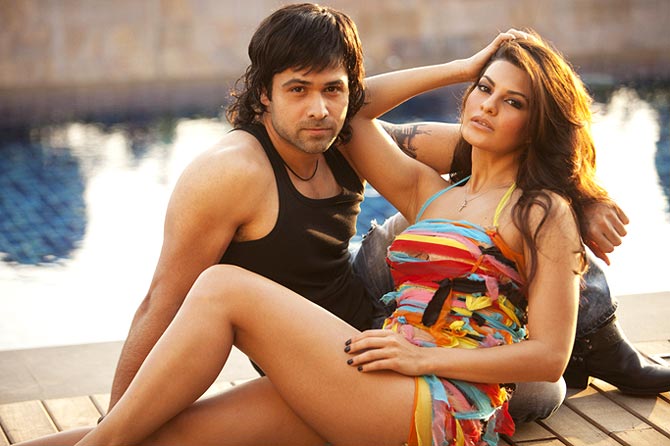 This wasn't one of those chudail or pret-atma affairs. But it had enough horror to scare the audience with a serial killer (Prashant Narayanan) on the loose, torturing and killing women methodically.

The fact that this was done to cure him of his overpowering libido set the stage for the many dare-bare scenes in the film. 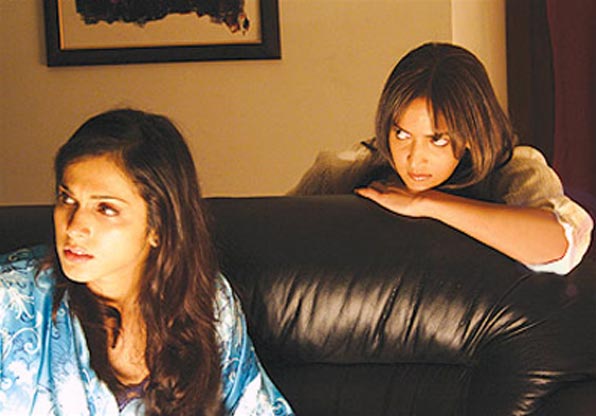 At the core of Darling was a woman betrayed. Fardeen Khan played the two-timing husband with a lovely wife (Isha Koppikar) at home and an attractive secretary (Esha Deol) at the workplace.

All hell breaks loose when Esha dies in a freak accident, only to return and torture Fardeen.

The horror and sex were controlled here but comic elements -- some intentionally, others unintentional -- brought in some smiles. 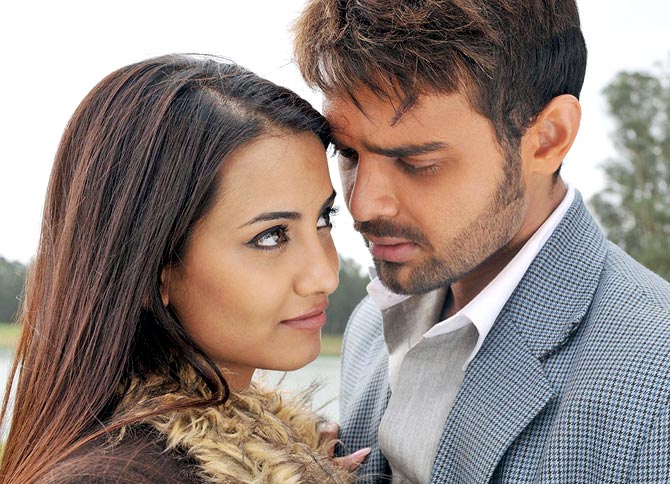 Sex has been an integral part in all horror films made by Vikram Bhatt, who is considered the master of this genre in current times.

With Haunted, his time-travel horror film, he added rape to the mix.

When young Twinkle Bajpai doesn't give in to the demands of her music teacher (Arif Zakaria) and kills him, the man returns from the dead and tries to rape her. 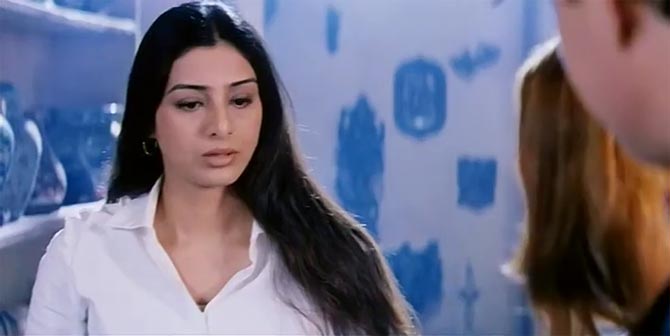 Before Vikram Bhatt, it was the master of 'let's-blow-up-these-cars', Guddu Dhanoa, who attempted a horror tale after a series of Sunny Deol flicks.

This one too had a spirit raping Tabu, who was pretty much still alive and very much a human.

One continues to wonder what made the talented Tabu agree to do this film which was inspired by the 1981 horror film, The Entity. 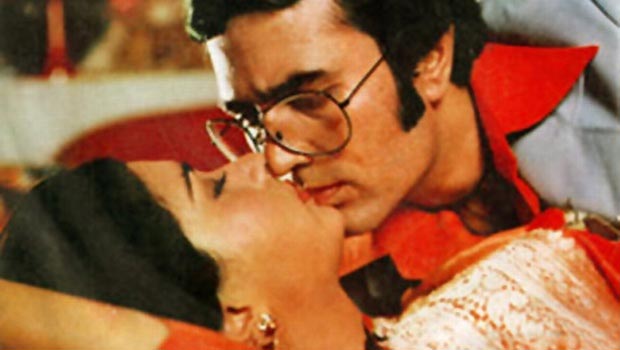 Ditto was the case with heartthrob Rajesh Khanna who, in the late seventies, played a serial rapist and killer in Red Rose.

Bereft of any bhoot or bhatakti aatma, the horror here lay in the chills and thrills that were integrated into the narrative.

With Poonam Dhillon as the leading lady, the film was a re-make of the Tamil flick Sigappu Rojakkal that starred Kamal Haasan and Sridevi. 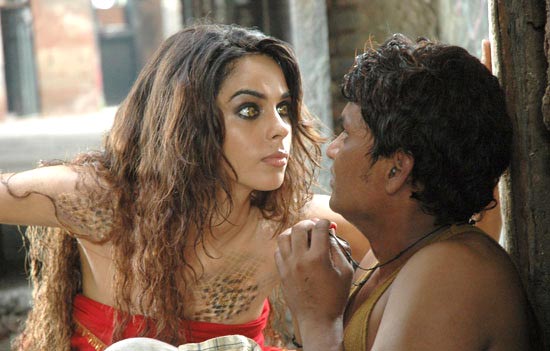 This one had both horror and sex, but was more laughable than anything else. In fact, it won't be erroneous to say that the film made a complete mockery of the horror genre.

Bizarre to the core, the film had Mallika Sherawat attempting to heat up the proceedings and Irrfan Khan trying to add some credibility, to no avail.