Image: Giaa Manek, Devoleena Bhattacharjee
Rajul Hegde in Mumbai
Replacing actors who play popular characters in television serials is difficult and it doesn't usually work.
Yet due to various reasons -- actors' off-screen life, bad equations between stars, big screen aspirations -- actors either quit a show or are asked to leave. Or they move on to the big screen.

Giaa apparently broke the conditions of her contract with Star Plus by working for a rival channel.

Facebook is full of discussions and requests to bring Giaa back.

Here is a list of the most popular leads on television soaps who have been replaced.
Tags: Giaa Manek , Devoleena Bhattacharjee , Saath Nibhana Saathiya , Gopi Bahu 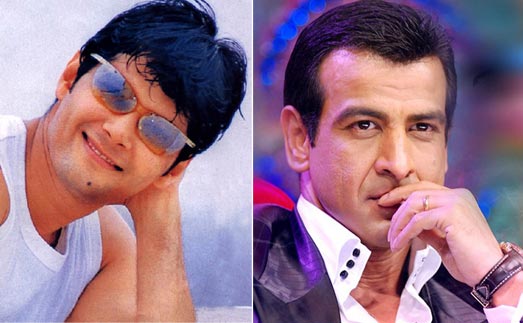 So popular was the character that he was brought back on the show. Amar quit the show later because he refused to go gray and age along with his character.

So in came Inder Kumar, and after him, Ronit Roy. 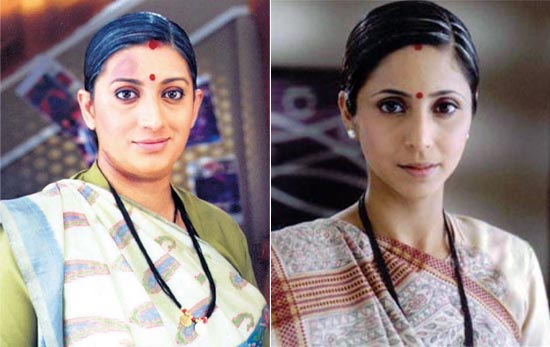 She quit Kyunki to pursue a career outside Balaji Telefilms as producer and actress. Ekta Kapoor (Kyunki's producer) complained that Smriti was busy showcasing her in-house production and not giving time for Kyunki.

Gautami, who replaced Smriti, managed well but audiences missed the fiery Smriti in this family drama that ruled the TRP charts in its day.

Later, the conflict between Smriti and Ekta was resolved and Smriti was back.
Tags: Smriti Irani , Kyunki , Gautami , Ekta Kapoor , TRP 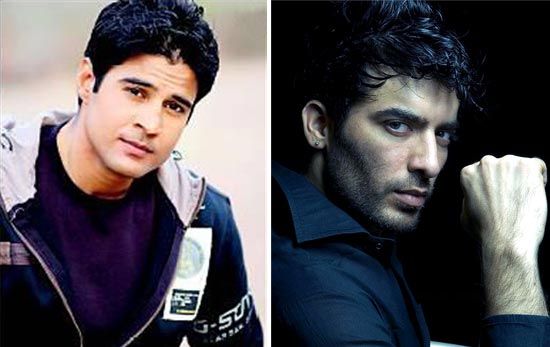 Rajeev Khandelwal decided it was time for the big screen, and he bid adieu to his television career.

Sujal, the central character played by Khandelwal, was so popular that the replacement, Gurpreet Singh, just did not work.

The Rajeev-Aamna pair was the main attraction of the show and audiences did not approve of this change.

The serial did not do as well after Khandelwal's exit, and it was curtains for the show soon after. 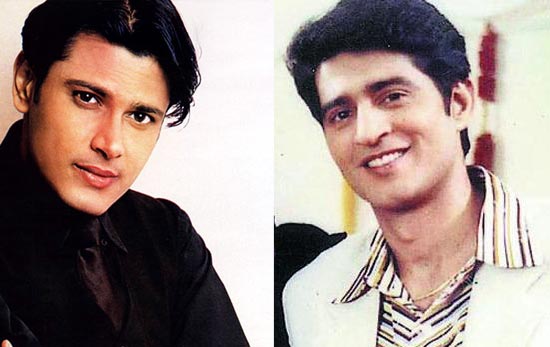 Cezzane became a household name in the role of Anurag Basu. His on-screen chemistry with co-star Shweta Tiwari aka Prerna was memorable.

Cezanne left the show hoping for better prospects in films.

He was replaced by Hiten Tejwani. Unfortunately, the audience didn't warm to the new Anurag. 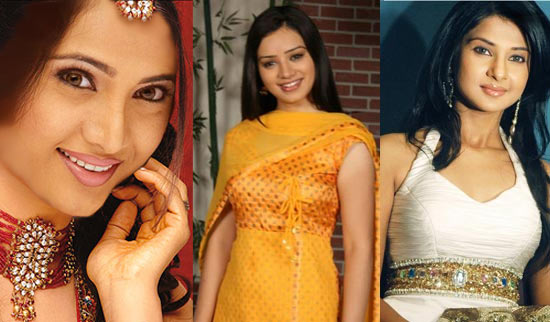 Dil Mil Gaye was very successful with Shilpa playing the role of Dr Ridhimma. When she quit in order to concentrate on her film career, she was replaced by Sukirti Khandpal.

Sukirti worked for almost a year and then left because she felt her character wasn't interesting.

She was replaced by Jennifer Winget. The serial lost momentum and didn't do that well. 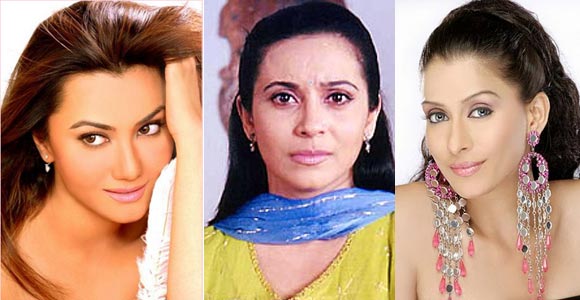 Nausheen Ali Sardar was replaced first by Mansi Joshi Roy and then by Shilpa Saklani.

When Mansi Joshi had to leave, an accident disfigured Kkusum's face, to make way for new entrant Shilpa Saklani.

Yet, Nausheen's portrayal of Kkusum is the one audiences liked best. 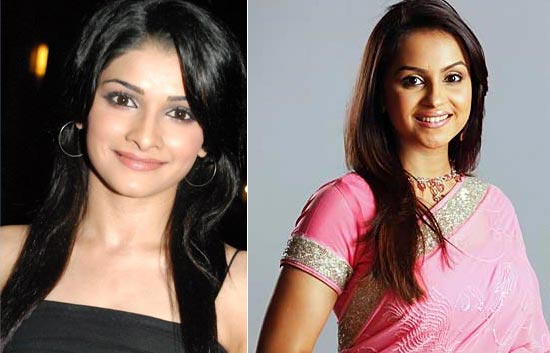 Prachi decided to quit Kasamh Se when she got an offer to star in Rock On!!, opposite Farhan Akhtar.

She was replaced by Gurdeep Kohli of Sanjeevani fame.

Gurdeep managed to do quite well but audiences liked the original Bani. 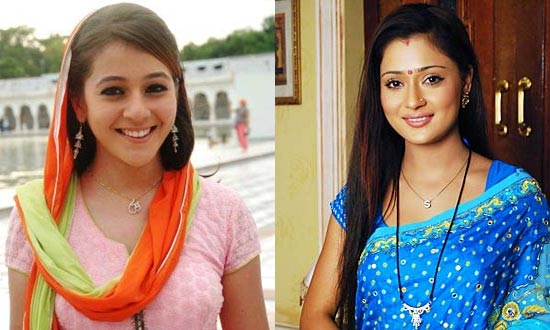 Mona Priyal Gor was replaced by Sara Khan quite early in the show.

The buzz was that Gor used to throw her weight around and the production house had enough of it.

Since the replacement was pretty early in the show, audiences accepted the Sara, who went on to become more popular than the original.
Tags: Priyal Gor , Sara Khan , Milaayi Jodi 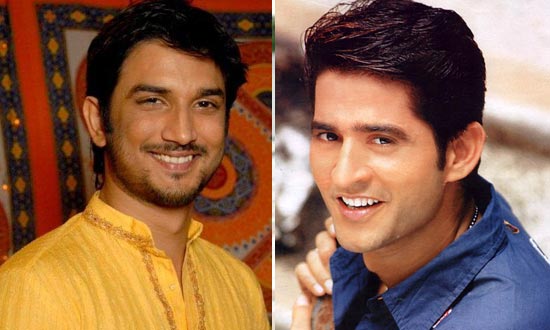 Sushant Singh Rajput, Manav in Pavitra Rishta. did not want to play an older character and left the show.

Hiten Tejwani was brought in. The on and off-screen pairing of Manav-Archana was so firmly etched in the minds of fans, that the generation leap that introduced Tejwani didn't go down too well. But slowly he has settled into the role.
Tags: Hiten Tejwani , Sushant Singh Rajput , Pavithra Rishta , Pavitra Rishta , Manav 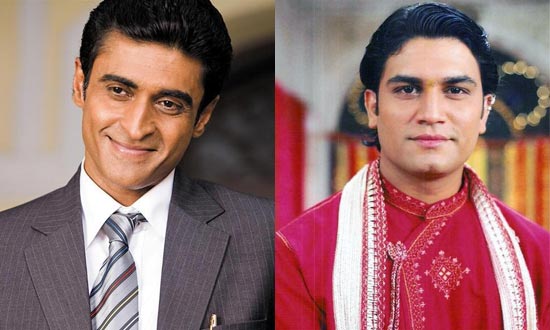 Show: Kuch Toh Log Kahenge
Mohish Behl, who won hearts as Dr Ashutosh in this hospital drama, quit the show citing health problems, though there was apparently more to it than that.

Mohnish fans were very disappointed. But the transition with Sharad Kelkar stepping into his shoes was smooth and Sharad has been accepted in the role.
Tags: Sharad Kelkar , Mohnish Behl , Dr Ashutosh , Mohish Behl