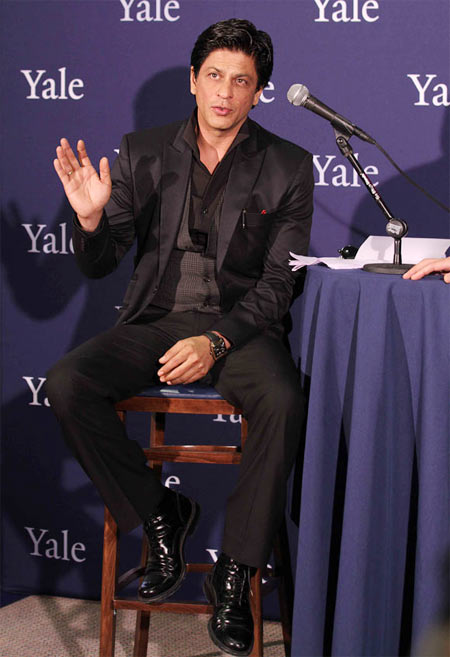 It's been that long since an unspectacular lad from Delhi's Rajendra Nagar captured India's collective fancy -- 20 years of 70 plus films leading to a mostly invincible superstardom with nothing but a rampant flow of love from fans, media and box office for Shah Rukh Khan.

It's not been an entirely smooth journey since massive success brings its share of knocks too.

From criticism for repeating himself in mush fests to hugely publicised skirmishes with fellow Khans to fall-out with filmmaker friends to uncharacteristic vitriol spewing on unkind responses to his pet project Ra.One to furiously documented displays of rage on cricket grounds, SRK's vibrant image of a genial superstar with a ready bag of headline-sparking quotes did take the heat.

Of course, no sooner did that forehead began to furrow in disdain, he rendered the most spontaneous apology for being a Dennis-equivalent Menace in a manner that could put his on screen alter egos like Raj and Rahul to shame. Whether the concerned Mr Wilsons reciprocated in the same vein is a different matter.

Love him, loathe him or harbor an 'it's complicated' equation, there's simply no ignoring the Godfather-less star and his successful transition, two decades ago, from loveable TV actor to Bollywood superstar going on to star in countless blockbusters and garner innumerable awards and honours like a Padma Shri, a wax statue in Madame Tussauds, France's prestigious Ordre des Arts et des Lettres or the recent Chubb Fellowship at Yale University.

1. He speaks so well

The man's any interviewer's dream. SRK's charming eloquence and can battle its way out of the trickiest questions with characteristic wit and snazzy repartee.

Right from his first cool quote, 'When a movie flops we find hundreds of excuses, right from the colour of one's socks to the Great Wall of China' to his famous speech in Yale, 'I become heartbroken, angry and completely convinced that bananas and critics, both should have their skins peeled and fed to the monkeys.' 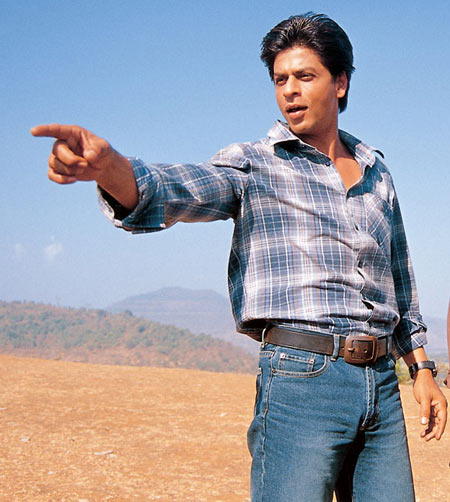 Being one of the few educated celebrities in the film industry, his well-read and informed attitude is keenly reflected in his ideas and conversation.

3. What a success story! 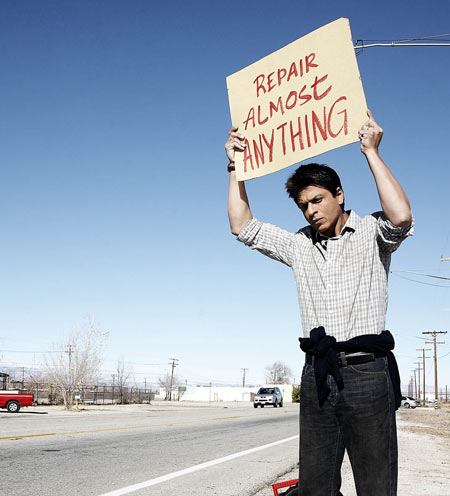 Image: Shah Rukh Khan in My Name Is Khan

Without a godfather or starry connections to boot, SRK conquered an infamously nepotistic Bollywood on his own terms and conditions. 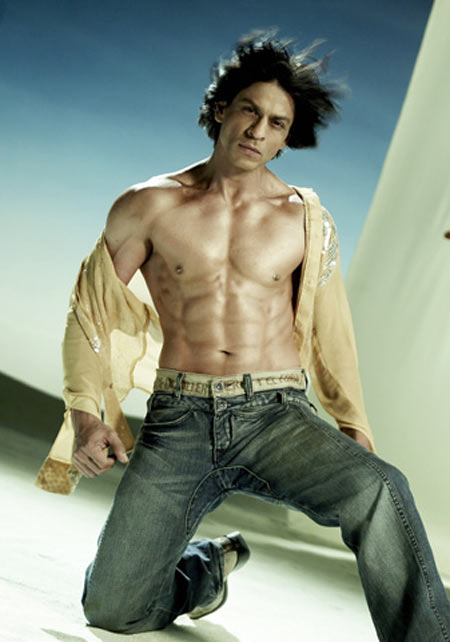 From featuring on simultaneous TV shows to promote his ambitiously-scaled superhero flick, Ra.One to developing a six-pack in his 40s for an item song in his earlier home production, Om Shanti Om, SRK is one ardent fellow.

5. Aww, look at those adorable dimples! 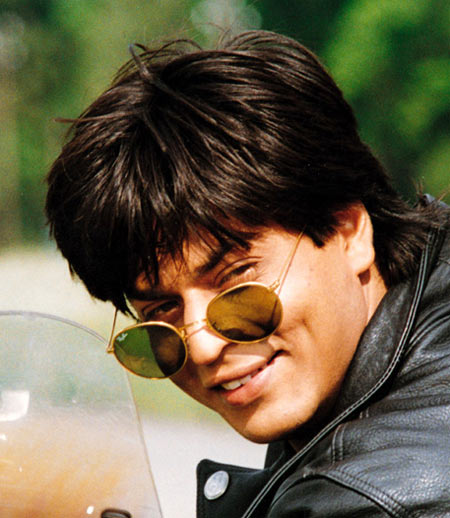 Be it Leonardo DiCaprio or Sharmila Tagore, dimples are an alluring  finishing touch on any beautiful face. SRK's not an epitome of pretty but, boy, can he work those tiny dents on his cheek!

So much that, some young men not only want to emulate his style but also sport similar dimples, by asking cosmetic surgeons to do the needful. 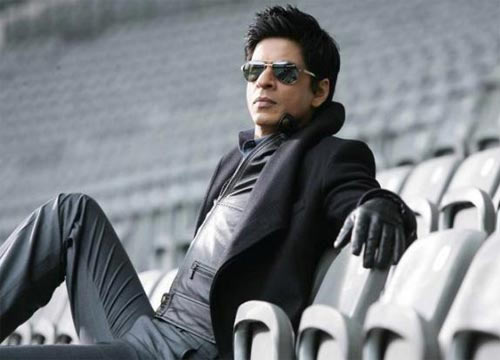 He's no clothes horse but the man sure knows how to dress up.

On big screen, we've dug his easygoing style in a white shirt and black trouser for Raju Ban Gaya Gentleman, his hip leather jacket and denims look in Dilwake Dulhania Le Jayenge, his checkered casual shirts and khakis in Swades and his dapper dude avatar in Don.

Off screen, too, SRK's suave formals or fuss-free casuals cut a smart picture. As much as we laud his incredible convictions as a bad guy making life hell for the dainty heroine, it's his positive side we've always rooted for.

He's so good at doing the right thing, this Khan. Whether it's telling his folks about his forged report cards and giving up the girl of his dreams in Kabhi Haan Kabhi Naa, saying no to corruption in Raju Ban Gaya Gentleman, refusing to compromise on ladylove for lavish career in Yes Boss, choosing the 'sahi raasta' in Dilwale Dulhania Le Jayenge, lighting bulbs in Swades, coaching an underdog team to win a championship in Chak De! India, feel free to add to this list. 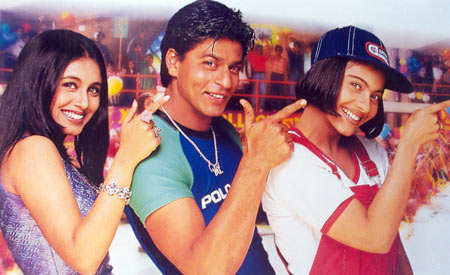 There's a good reason why SRK's female fan following is greater than that of any other Khans.

No one can romance the heroine like a Raj, Sunil, Rahul or Aman.

From serenading her with the most bewitching lines to gazing into her eyes till the screen and she turn a shade of pink, SRK is designed to evoke a mass-scale kuch kuch hota hai. 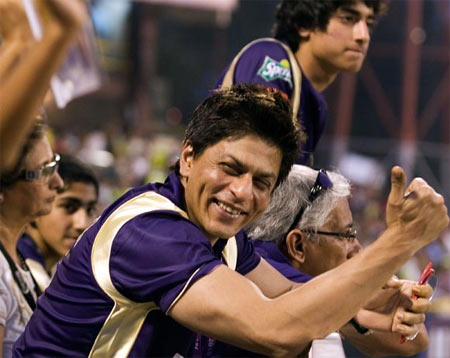 Ask his co-workers and they'll tell you what a bundle of energy the man is.

Even if you don't have access to do so, you surely remember his cheer guy routine during the recently concluded IPL season? The owner of Kolkata Knight Riders was simply uncontrollable after his team won the cup.

The ecstatic star went all out to demonstrate the extent of his joy by jumping /dancing about, performing a spontaneous round of cartwheels and even offering an impulsive apology to his fans for his much public spat with Mumbai Cricket Association officials previously. 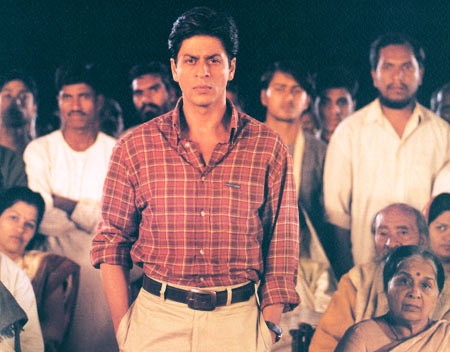 Okay, unless you're a writer or filmmaker who hasn't got his dues or his dates, you'll probably agree that SRK has lived up to his statement of never posing with another actress on a magazine cover unless it's part of a promotional campaign or consenting to intimate scenes with his co-stars on the big screen.

Now if only he'd kick that awful habit of smoking he's promised to so many times. 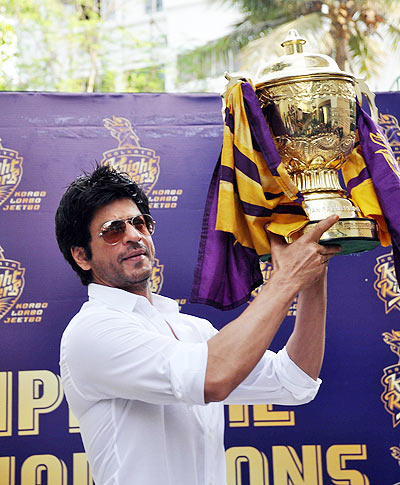 Though he's perceived as someone who's stuck doing the same old, same old, courtesy his soft corner for playing the proverbial romantic in film after film, SRK is quite a risk taker.

While his acting assignments don't underscore that so much, he's much more adventurous as a producer. Be it Asoka, Phir Bhi Dil Hai Hindustani, Paheli, Om Shanti Om or Ra.One, there's nothing commonplace or safe about either of these projects.

And most of them didn't do well either. But it's his Baazigar motto that holds particularly true for his run as the owner of the down-in-the-dumps to we-are-the-champions story of IPL cricket team, Kolkata Knight Riders. 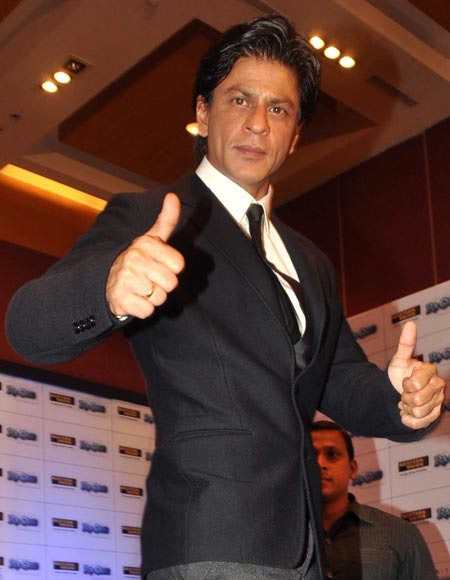 Unlike actors who endorse laptops but don't even know how to use one, SRK's always been at ease around gadgets.

Said to own every latest piece of technology in his den, from e-book readers and gaming consoles to smart phones and ingenious gizmos that are better suited in a Don 2 sequel than Mannat, King Khan's dabbles in all things wired and wireless. 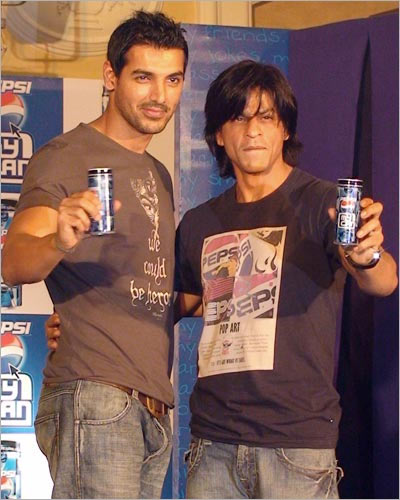 The world loves him. And he loves Pepsi.

He doesn't merely endorse Pepsi as just another beverage SRK actually considers it as drink of choice.

There is apparently a giant Pepsi vending machine installed in his house. While you don't want to follow suit, he's reported to actually consume more Pepsi than water. 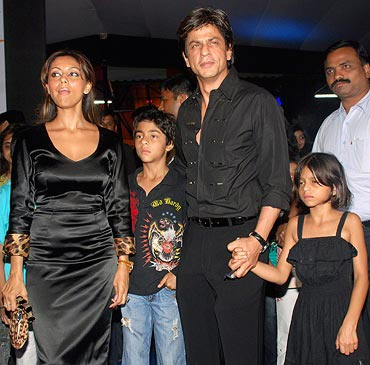 SRK lost his parents long before they could witness the phenomenon he would turn into.

That unmistakable longing and warmth with which he talks about them showcases a vulnerability his starry demeanor works hard to conceal.

Ditto for his protective stance and loving declarations of affection for his childhood sweetheart turned wife, Gauri, sister Lalarukh and his two greatest strengths and weakness alike -- children, Aryan and Suhana. 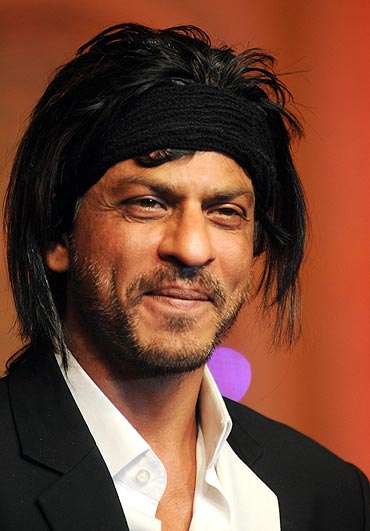 A dash of eccentricity never did a man any harm.

So SRK's brand of weirdo includes his non-foodie extremeness, can survive on four hours of sleep, loves to mix his perfumes, refuses to wear brown socks and will go to the extent of missing a flight if he can't find the right set to go with his shoes. 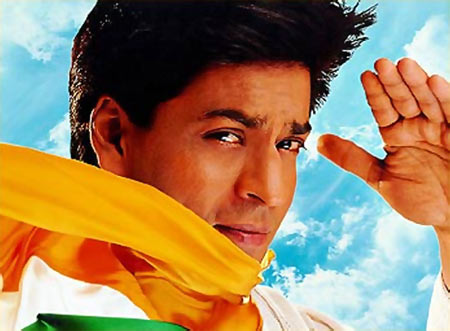 There's much to admire about how religion is treated in SRK's household.

Being married to a Hindu hasn't altered his faith nor expected any changes in his wife's. Pooja, namaz, allah, bhagwan, all enjoy a harmonious coexistence in the Mannat family with the virtues and decorum of both religions inculcated into their children Aryan and Suhana. 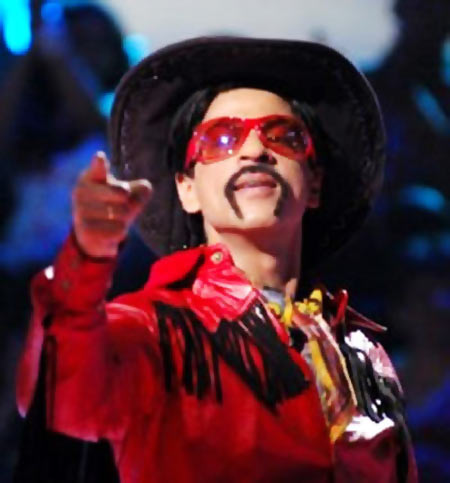 SRK's cheeky sense of humour has always been one of his greatest draws whether he's lampooning his colleagues at awards functions or fooling around on chat shows.

Most importantly, he can make fun of himself. He ridiculed his romantic hero image in a sequence in Om Shanti Om as well as make light of all the sexuality-related gossip he's dragged into along with Saif Ali Khan in Kal Ho Naa Ho.
Tags: SRK , Saif Ali Khan It's a proud feeling to have a Bollywood hero who is heralded as 'the world's biggest superstar' by the likes of Los Angeles Times.

SRK, not only enjoys huge loyal fanbase in India but other countries like UK, USA, Germany, Pakistan, Dubai, Morocco and Poland. 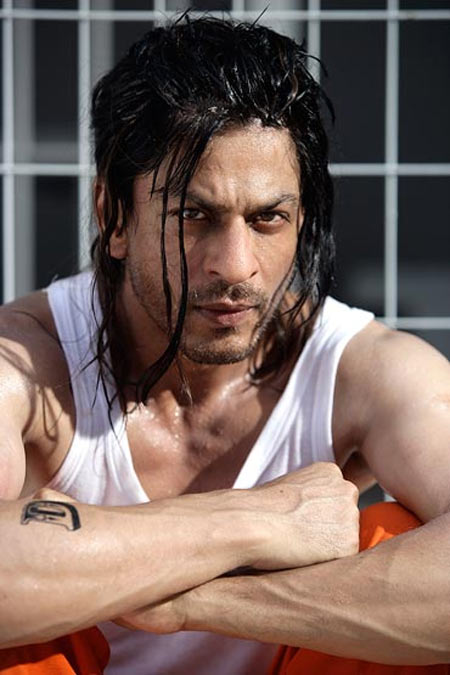 But SRK's intense quality when teamed with a few days old stubble goes a long way in making him dishy and desirable at once.

Remember his Kabir Khan in Chak De! India or the sleek pony-tailed crook of Don 2? Because somewhere behind that Godzilla-sized ego and high-strung megamind is just a restless boy who build his own Neverland and never stopped believing.