Sign in  |  Create a Rediffmail account
Rediff.com  » Movies » 'It's not that I can only wear sexy dresses'

'It's not that I can only wear sexy dresses' 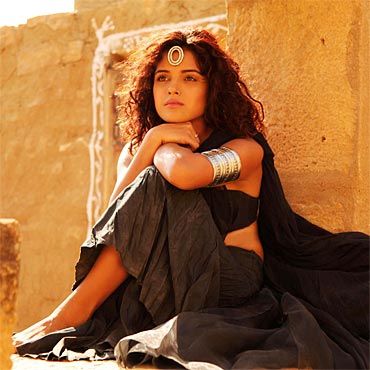 Pia Bajpai, who hails from Lucknow, made her film debut with Poi Solla Porom, the Tamil remake of Khosla Ka Ghosla. It was followed by a role in Venkat Prabhu's Goa where she played a carefree, modern girl.

The actress will now be seen in one of the most awaited films of 2011, K V Anand's Ko. After Anand's hugely successful film Ayan with Suriya in the lead, expectation are high from Ko.

Naturally, Pia is excited about the film.

In this interview with Shobha Warrier, she talks about her role, her co-stars and her expectations from the film.

How did Ko happen?

I was in Chennai for Goa's promotion. That's when Karthik, the assistant director of my other film Bale Pandiya who was also to assist K V Anand on Ko, called me and said that Anand had liked me in Goa and that he wanted me to do a role in Ko.

Karthik was a little fuzzy on the film details so I called Vijay, the director of Poi Solla Porom, and Venkat Prabhu, the director of Goa and asked them for their opinion. Both of them told me that Ko was a big film and that I should do it.

Then I spoke to Priyadarshan. He told me that he'd also worked with Anand a coupe of years ago. 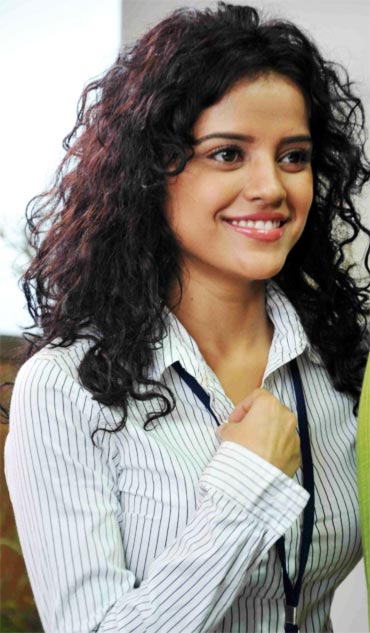 He won the National Award for best cinematography for the film Thenmavin Kombath.

Yes, I didn't know all that back then. I told Karthik that I was ready to do the film. I wanted to go and meet KV (Anand) sir before the shoot but I got to meet him only on the first day of the shoot. I didn't have even a faint idea about what my role was going to be in the film.

Just before the shoot, KV sir and the writer (Suba) spoke to me and told me what my role was. It was only then that I felt relieved.

How was it meeting with K V Anand?

I was very tense since I didn't know much about the character I was going to play. Once he explained my part to me, I was relieved. 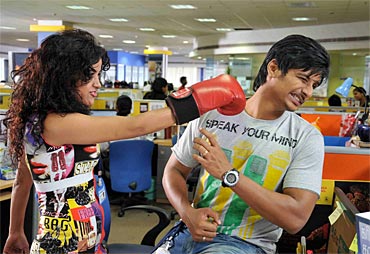 Image: A still from Ko

Are you a journalist in the film?

Yes, I am. I am more than a journalist. What I find most amusing is that filmmakers mostly sign me on for spoilt, carefree and modern characters.

How did K V Anand react to your performance?

K V sir is the kind of a person who doesn't react too strongly to anything. So initially I was confused about whether he liked my interpretation of the character or not.

Karthik told me that KV sir was very happy with my performance but I wasn't satisfied with that. So I went up to him one day and asked him if I was doing okay. Only when he assured me that I was doing a good job that I heaved a sigh of relief.

By the second schedule, he was more open and would tell me about each shot and ask me how I would do it. So communication channels had opened by then. We'd discuss the best ways to bring out the character. Despite being such a big filmmaker, he is always open to his actors' feedback and suggestions.

'I share some traits with my character in Ko' 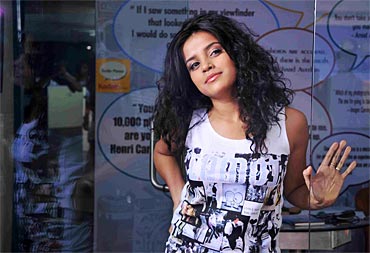 Image: A still from Ko

Could you identify yourself with the character?

Of course, I could. Unless you understand and be at least a bit of the character, the audience will not accept you. They will know if you are pretending.

Tell us something about your character.

My character's name is Saraswathi but people call me Saro in the film. It's ironic because she wears ultra modern clothes but has a very traditional name.

How do you feel about being cast as a modern Tamil girl in your films?

What's the one interesting thing about Saraswathi that you like?

Saraswathi hides her emotions from everyone. Nobody knows what goes on in her mind. There are people who show happiness and sadness; they may not know how to hide the feelings. There are others who hide everything from the world. Saraswathi is the latter who is very strong and nobody knows when she is sad or in pain.

Though I have said before the release of each of my films that I relate to the characters I play, I relate the most to this trait of Saraswathi.

'Ko is the most challenging role so far' 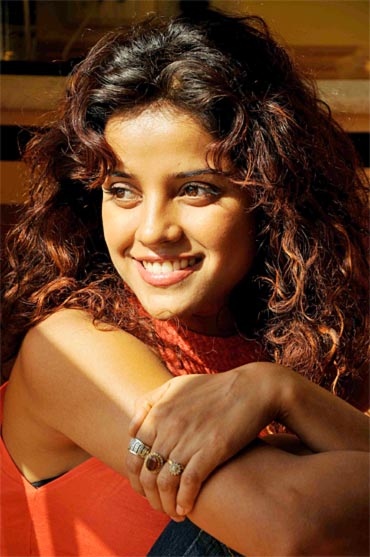 Of all the characters you have portrayed so far, which was the most challenging?

Saraswathi of Ko. When I acted in my first film Poi Solla Porom, I found the language very tough. Tamil was alien to me. Now, I understand Tamil and Telugu.

How has the journey been from Poi Solla Porom to Ko?

When I started shooting my first film after my modelling stint in Mumbai, I was looking forward to putting some make-up on. Then I was told by Vijay sir that I should not have any make up at all. I was so disappointed. So I started out with a de-glam role.

But I do get to put make-up on now.

'Films are my bread and butter' 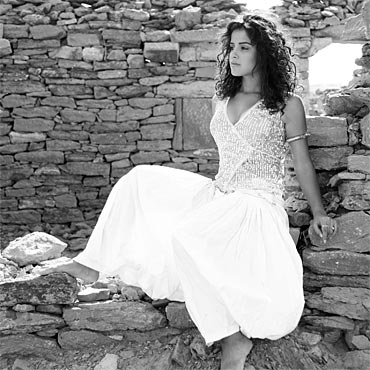 How were your co-stars in Ko?

It was a young crowd and we had fun working together. Jeeva is a very nice guy although he's a bit reserved and Ajmal (Ameer) is very funny. Karthika and I have become good friends.

My expectations are too high. I have done five films so far and all the films have turned out good. I had decided when I entered the film industry that I would do only good films.

When we first spoke, you said you came to Mumbai from Uttar Pradesh to act in Hindi films but now, you are doing only Tamil films. When will Hindi films happen?

When I came to Mumbai, I didn't even know about the south Indian film industry. I didn't even know that films are made in  four languages here. I had no idea what I would do. I only had a dream, and that was to be a heroine. Thanks to Priyadarshan sir, I got Poi Solla Porom, and became a heroine, and here I am.

You do ads even now. So which one of the two is your primary focus?

Ads are jam and films are my bread and butter!