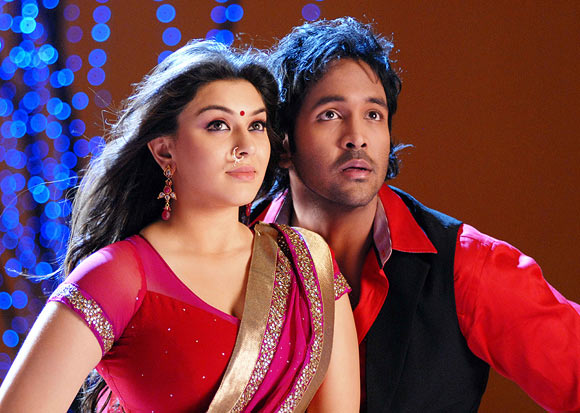 Image: A scene from Dhenikaina Ready
Radhika Rajamani in Hyderabad

Vishnu Manchu is all geared up for the release of his film Dhenikaina Ready, which releases more than a year-and-a-half after his last film Vasthaadu Naa Raju.

He's aiming big for this project and plans to release it on a big scale all over the country.

In this interview, he gives us a glimpse of Dhenikaina Ready directed by G Nageshwar Reddy, which releases on Vijayadashami day (October 24).

Why did you decide to remake the Malayalam film Udhayapuram Sultan as Dhenikaina Ready?

Dhenikaina Ready is not a remake of Udhayapuram Sultan. We just picked up the Hindu-Muslim theme.

The rest of the film is developed as a situational comedy. BVS Ravi wrote the story, while Kona Venkat and Gopi Mohan wrote the screenplay.

So, in essence, Dhenikaina Ready is a new film?

'It was wonderful working with Hansika' 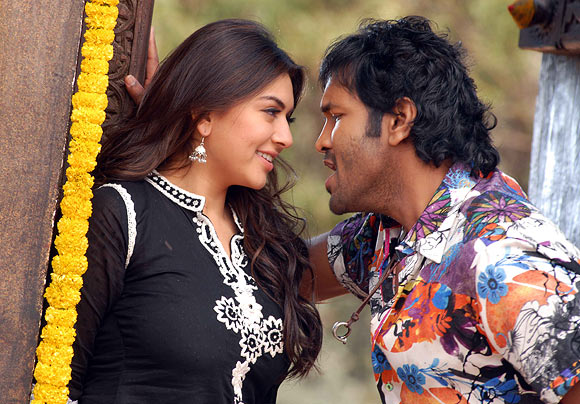 Udhayapuram Sultan was a comedy. Is Dhenikaina Ready a laugh riot too?

Udhayapuram Sultan was more of a tearjerker, though there was some regular comedy.

Dhenikaina Ready is an out and out comedy. It's laughter throughout the film.

The posters show you playing a Hindu and a Muslim. Do you play a dual personality?

Yes, I do. My mother is a Hindu and my dad, a Muslim. So the question is, who am I? A Hindu or a Muslim?

Is that one of the main themes?

That's one of the underlying themes. All those who loved my film Dhee (released in April 2007) will love Dhenikaina Ready more.

Hansika stars with you for the first time. How was it working with her?

We were trying to cast her for the last two films but we couldn't get her dates. For Dhenikaina Ready, we were able to get her dates.

It was wonderful working with her. We had a great time. Hansika is very professional and the shoot was enjoyable 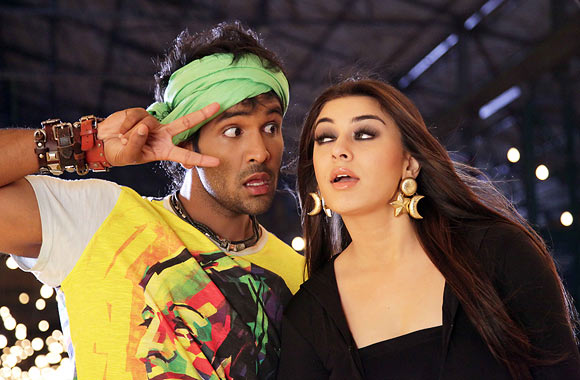 Why did you decide to produce this film under your production house, 24 Frames Factory?

I did so because I saw a lot of potential in this film. I also needed a hit in my banner.

Why does the film have two music directors – Chakri and Yuvan Shankar Raja (who composed two songs)?

Chakri was busy after composing two songs and we were starting the shooting. So I asked Yuvan, who is a childhood friend, to compose the other two songs, which he did.

How did you get G Nageshwar Reddy to direct this film?

Srinu Vytla was the first choice as in that genre he is the best. In fact, Srinu recommended Nageshwar Reddy to me.

Nageshwar Reddy will be one of the most sought after directors after Dhenikaina Reddy.

He was amazing. He let me do what I wanted and it was comfortable working with him.

'The film is a complete family entertainer' 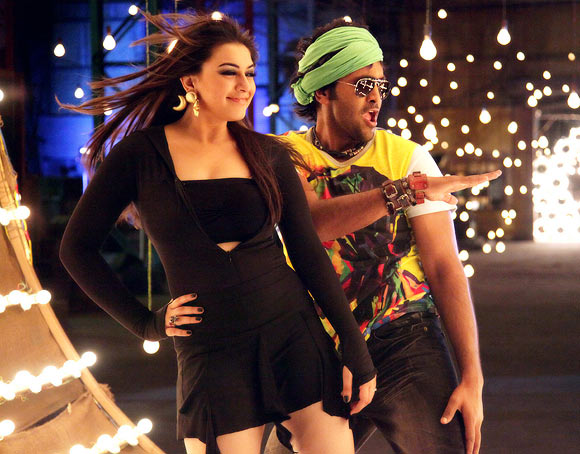 Prabhas has dubbed his voice for you in one part of the film...

It was magnanimous of him to do so. I imitate him in one part and it was sweet of him to dub.

There were reports that NTR Jr does a cameo...

You are planning a huge release for this film, releasing it in Kerala and Karnataka also.

We are releasing it in the rest of India (barring Andhra Pradesh) in Telugu with English sub-titles.

We want to make it special.

Everyone said it's a fantastic film and so we are going for a big release and giving it our 100 per cent shot.

I believe in the team and it has been fantastic. 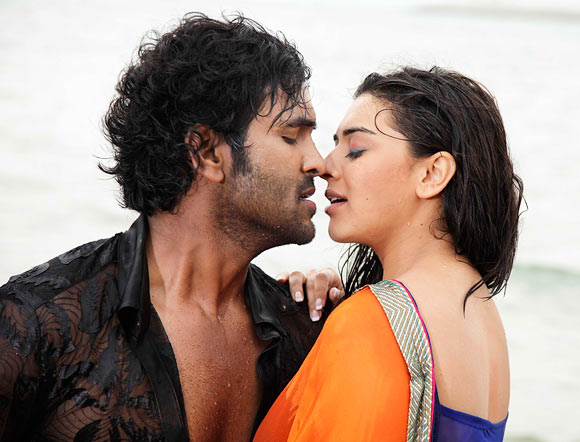 Does the film have an underlying message?

It does have a message: the biggest wealth anybody can have is the family. Anyone without any relations is poor.

Is it a perfect film for a Dassera release?

Yes. It's a family entertainer and the family will have a great time watching it.

We are working on it.

I'll hopefully do a film which is being scripted by Gopi Mohan. I'm also planning to remake my father's film Assembly Rowdy.